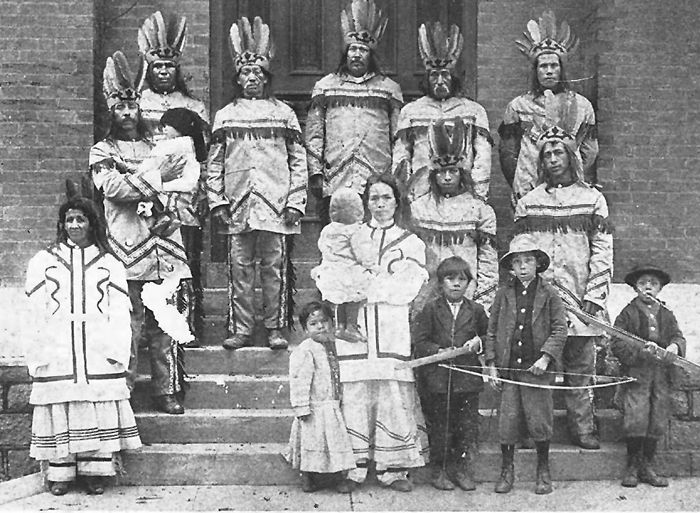 The Catawba, also known as Issa, Essa, or Iswa, have lived along the Catawba River for thousands of years, with their ancestral lands in the Piedmont region of North and South Carolina and into southern Virginia. Their name is probably derived from the Choctaw word meaning divided or separated, but the tribe calls themselves, yeh is-WAH h’reh, meaning “people of the river.”

One of the most important of the eastern Siouan tribes, they first came into contact with Europeans in 1540 when Hernando de Soto came through South Carolina. During this time, they were noted to be both farmers and good hunters, and the women were proficient at making baskets and pottery, arts which they still preserve. Traditionally, the Catawba were matriarchal societies, with women having dominance. They also practiced the custom of head-flattening to a limited extent, as did several neighboring tribes. 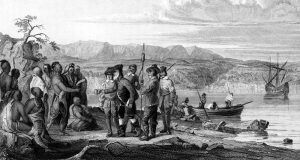 Early Spanish explorers estimated that their population was between 15,000-25,000. But as more Europeans arrived, the tribe was decimated with diseases. When the English first settled South Carolina about 1682, they estimated the Catawba at about 1,500 warriors or about 4,600 people in total. Trade with the Europeans became important in the late 17th century with Virginia and Carolina settlers. However, these many immigrants also brought diseases, which killed many of the people.

The Catawba were long in a state of conflict with several northern tribes, particularly the Iroquois, Seneca, and the Algonquian-speaking Lenape. The Catawba chased Lenape raiding parties back to the north in the 1720s and 1730s. In 1759, smallpox swept through the Catawba villages reducing the tribe’s population to less than 1,000 by 1760. By the 1760s, a reservation had been established for them within the present-day York and Lancaster Counties of South Carolina. During the American Revolution, many of the Catawba joined in the fight for the Americans.

By 1826, their numbers had been reduced to only about 110 people, and nearly the whole of their reservation was leased to white settlers. In 1841, another treaty with the South Carolina government stipulated that the tribe sell their remaining 144,000 acres of land in return for promised payments to buy land elsewhere, as well as additional annual payments. However, the plan was unsuccessful as other tribes who had moved west did not want the Catawba because they would have had to share the land, government money, and services. In the end, the Catawba had no home, and by 1847, the South Carolina Governor declared: “They are, in effect, dissolved.” 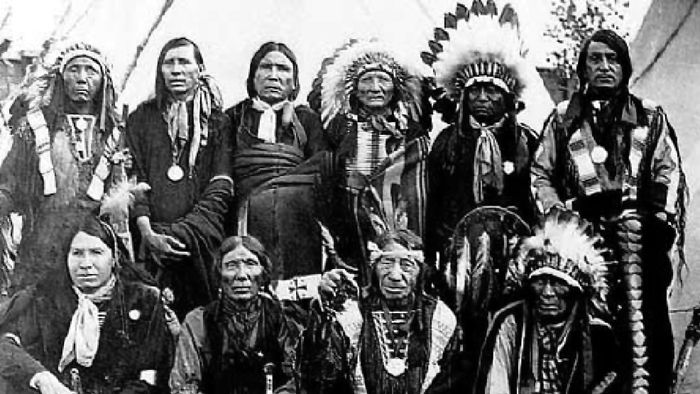 In 1959, they were also terminated as a recognized tribe by the federal government. The tribe then began another battle to regain federal recognition in 1973. Though it would take two decades, they finally succeeded, receiving federal recognition in November 1993. Along with recognition, the tribe also received a $50 million settlement by the federal government and state of South Carolina for their long-standing land claims.

Today, the  Catawba Indian Nation is the only federally recognized Indian tribe in South Carolina. The tribe’s reservation is located in York County, with its headquarters at Rock Hill, South Carolina. Today they have 3,000 enrolled tribal citizens and continue to grow.