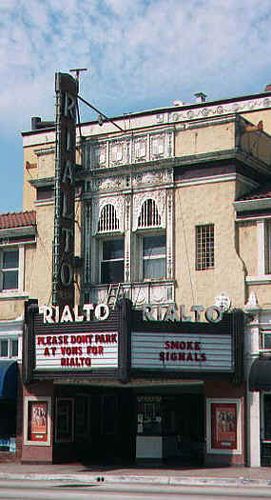 A long-standing Route 66 icon, the Rialto Theatre in South Pasadena, California, closed its doors after 81 years, shutting out its customers, but probably not its ghosts.

The historic theatre, built in 1924 in a Spanish Baroque design with Egyptian touches, seated 1200 people and included ten dressing rooms, a scenic loft, an orchestra pit, and a deep stage. The décor featured picture tiles, colorful stenciling, and plaster ornaments, such as harpies (half woman, half vulture), and mythical gargoyles.

On its opening night of October 17, 1925, an organist played its large Wurlitzer organ and the Rialto orchestra accompanied the world premiere of the Picture “What Happened To Jones?” Prior to the premiere movie, customers were entertained with Vaudeville acts and trapeze artists. Admission was .30 cents. When the depression started, the theatre survived by offering prizes to entice its customers and made it through the hard times.

When Vaudeville lost popularity in the 1930s, three-act prologues were presented prior to the feature film. It was also during this decade that the theatre suffered a backstage fire that temporarily closed its doors. After it reopened, live theatre never returned to the stage.

Over the years, the theater was sold, along with many of its fixtures, including its historic Wurlitzer organ.

By the 1960s the single screen theatre was showing more niche movies, including silent films. The theatre suffered another fire in 1968, but was restored once again and survived. 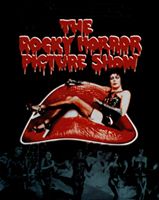 After the classic Rocky Horror Picture Show came out in 1975, it started a three-decade run at the old theatre, being shown every Saturday night at midnight for years, before it, too, lost popularity and was then only shown on a monthly basis.

In July 1976, the operations of the theatre were taken over by the Landmark Corporation under a 100-year lease of the building. However, soon after they took over,  redevelopment in South Pasadena posed the threat of tearing down the legendary movie house. Locals protested and the Rialto was soon listed on the National Register of Historic Places in 1978.

In the 1970s and ’80s, the Rialto began to host some concerts and soon began to run more mainstream movies, in the hopes of drawing more customers.

But, before long multiplex theaters began to sprout up all over the area, and in the meantime, the Rialto was continuing to deteriorate. Discussions began in the 1990s to completely renovate the theater to either return it to its former glory or split it up into a multiplex. However, in 2000, Landmark’s parent company, Silver Cinemas, declared bankruptcy, and there were no funds for renovation.

Although one of the finest and least adulterated theaters in the greater Los Angeles area, its carpets were frayed, its paint chipped, and its velvet seats fading. Customers may have remembered the aging movie house with fondness, but they chose to patronize the more modern multiplexes with their large parking lots, comfortable seating, and choices of movies.

Though the Rialto Theatre survived the death of vaudeville, two fires, and threats of demolition and conversion to a parking lot, it finally succumbed to low ticket sales and sadly, closed on August 19, 2007.

Because it’s on the National Register of Historic Places, the building will be saved from demolition.  Its future; however, remains unknown. A yet unapproved re-development plan is in the works, but as of this writing, the building’s future is unknown.

During its long history, rumors of the theatre being haunted have been consistently circulated. Tales abound of people having died there, particularly a girl who allegedly slit her wrists in the bathroom before making her way up to the balcony and bleeding to death. Another story tells of a man who went insane in the projector booth.

In any event, staff and visitors allege that the stalls in the girl’s bathroom have been known to start shaking of their own accord. In the theater itself, the apparition of an older man has often been sitting in various seats, as well as walking up and down the balcony stairs. Could this be the man who went insane in the projector booth? 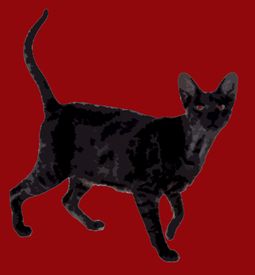 Others say that the theater is also haunted by a cat. In its early days, the theater’s mascot was a cat who roamed the old movie house, brushing up against customers’ legs and often walking in front of the screen. According to some tales, the cat continues to move stealthily through the theater and produced an eerie red light when the phantom walked in front of the movie screen.

Another visitor reported the image of a dark figure gliding down off the stage, making his way toward the theater seats, before disappearing into the lobby.

Other “normal” paranormal events have also been reported such as abnormalities in photographs, uneasy feelings people experience in various areas of the theater, especially in the women’s restroom, and whispers that are sometimes heard.

Paranormal groups who have investigated the theatre agree that it is most likely haunted.