Bill Jordan was one of the most famous lawmen of the 20th century, having served in uniform for over 30 years. Serving with the U.S. Border Patrol along the U.S.-Mexico border at a time when that job guaranteed exposure to gunfire and risk, his accomplishments led to the development of the guns and gear used by law enforcement across the nation. 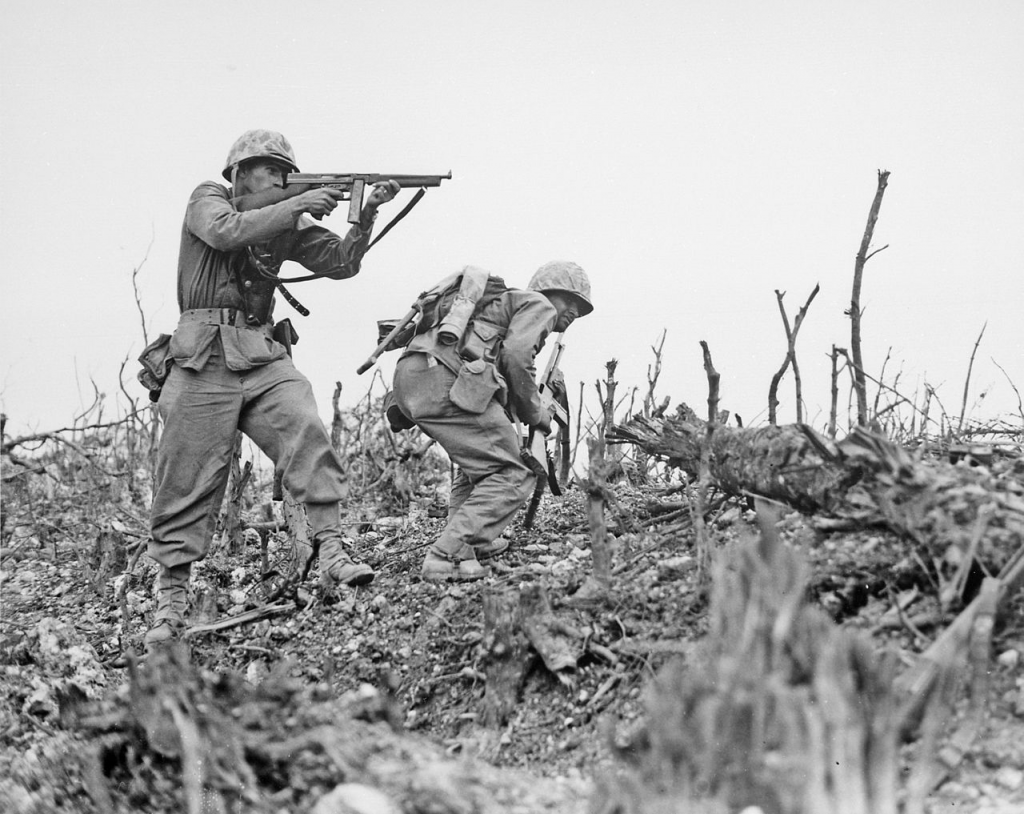 Bill’s Border Patrol service was interrupted twice, where he served as a U.S. Marine in the Pacific campaign clearing caves of Japanese snipers in some of the nastiest combat action ever seen. He again took leave of the border to fight as a Marine reservist during the Korean conflict. He retired from both organizations as a Colonel in 1965.

For much of its existence, the Border Patrol was underfunded and understaffed. The men who patrolled the Rio Grande were not motivated by personal gain, barely eking out an existence in the dry southwest. It was a rough job with little recognition. Much of the innovation in equipment and training were developed from within to compensate for the lack of outside support. 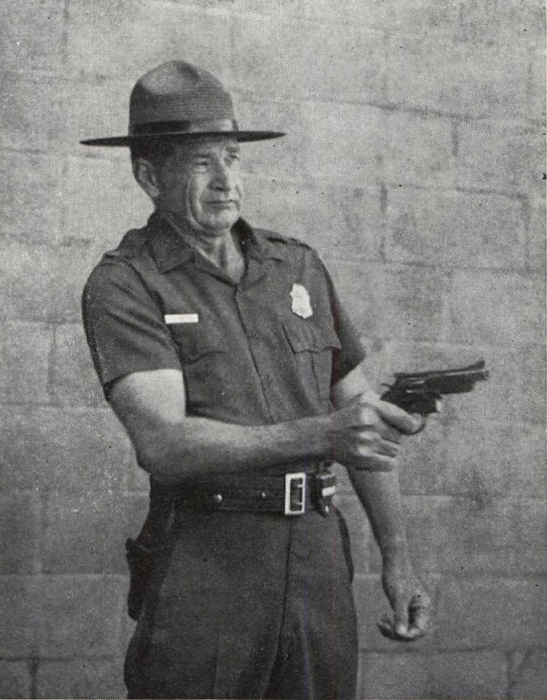 Bill Jordan demonstrating his famous quick-draw skills. He was known to draw, fire and hit a target in .27 seconds. Source unknown, most likely Charles Askins

His contributions to the shooting community include the development of the Jordan, or Border Patrol holster rig, the large “target” style revolver stocks, and the development of the S&W K-frame .357 magnums. These advancements represented the pinnacle of law enforcement revolver technology until they were replaced by the semiauto duty pistol.

Jordan started with the Askins Border Patrol holster when he began development with S.D. Myres in the 1940s. Jordan outlined the specific traits a duty holster should have, which are emulated to this day in current holster designs:

“Here then are the things that a holster should do: It should hold the gun securely yet allow the maximum speed attainable within the limits of comfort, safety, and security.”

Jordan’s main objective was setting up a fast draw, so the gun needed to be in the same position. The Askins rig construction allowed it to shift position, so the gun wasn’t always where the shooter thought it was. To address this, the Jordan rig used thicker leather and extended the steel shank of the Askins through the loop and over the belt for maximum rigidity.

The result was a holster that kept the gun perpendicular to the ground, held slightly off the curvature of the body, much like an IDPA setup. The Askins would pull the grip in close to the body and cant the muzzle out to the side.

The steel shank in the Jordan holster also prevented the holster from binding during the draw, whereas flimsy holsters–like the suede clip-on IWBs–try to stay with the gun when drawn. The form-fit of the Jordan also meant a more secure carry as well as a cleaner release when drawn.

As a matter of practicality, Jordan added a safety strap to retain the gun during vigorous activity. The strap on the Jordan was positioned in front of the hammer spur, which was easier to clear and less likely to get trapped and foul the draw. This feature was eventually improved upon by the development of the “thumb break” retention style in use today.

The Jordan holster was designed to work with a thick, wide gun belt that fit the loop of the holster snugly, to hold it in place without sagging. These “Jordan,” or duty style belts, remain popular today and help distribute the load carried by law enforcement officers. 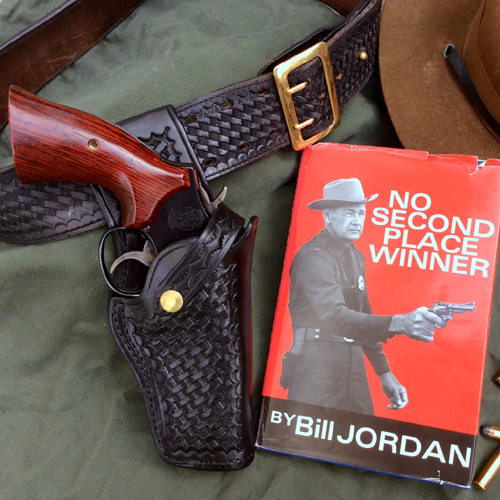 Jordan also collaborated with Walter Roper in the design of wooden grips intended for heavy-caliber double-action revolvers, which are currently made by Herrett’s Stocks as the “Jordan Trooper.” At six and a half feet tall, Jordan had a big mitt and the tiny grips of the day didn’t cut it. Versions of these larger stocks made their way on the S&W’s factory magnums as original equipment.

A fan of the double-action revolver, Jordan was largely responsible for convincing Smith & Wesson to adapt its K-frame series revolver to handle the .357 Magnum cartridge, resulting in the (S&W Model 19 and S&W Model 66) “Combat Magnum.” These revolvers were the mainstay of many departments until they were replaced by automatics in the late 1980s.

After retiring from the Border Patrol and Marine Reserves, Jordan served as the Southwestern Field Representative for the National Rifle Association. He continued to contribute to the development of firearms and ammunition, assisting with the creation of the .41 Magnum cartridge. He also authored articles on all aspects of firearms, and books such as No Second Place Winner, Mostly Huntin’ and Tales of the Rio Grande.

Anyone growing up reading Guns and Ammo in the ’70s and ’80s will remember Jordan’s regular column recalling his exploits from his days in the patrol or interacting with the movers and shakers in the gun world of the day.

Although he passed away in 1997, his legacy continues through the equipment of today’s law enforcement officers and his efforts to bring his hard-earned experience into the training programs of agencies around the world. Jordan, along with contemporaries like Charles Askins, paved the way for the officer survival movement.