(Charles Askins – October 28, 1907 – March 2, 1999) Charles Askins was an American lawman, U.S. Army officer, and writer. He served in the U.S. Forest Service and Border Patrol in the American Southwest before World War II. He participated in several amphibious assaults in the African and European theaters of operation.

While serving in uniform, Askins was involved in an untold number of gunfights, likely having killed over 50 opponents in a wide range of circumstances. He was a two-time national champion, an expert pistol shot and eventually took over as lead firearms instructor for the U.S. Border Patrol. His final gunfight was in 1959 while serving as a U.S. advisor to the Republic of South Vietnam when he shot and killed a Viet Minh with a S&W .44 Magnum while hunting.

While attached to the Border Patrol, Askins developed new equipment and modified firearms to meet the needs of the job. He modified a semiauto Remington Model 11 shotgun by cutting it down to 22 inches and adding an 8-shot magazine extension. Work like this required a talented gunsmith as this was long before you could call up Brownells and have a mag extension mailed to you.

Askins and his contemporaries knew that every time they put on their uniform, they were likely to be involved in some sort of gunplay. The prohibition-era border along the Rio Grande was a deadly business and not for the weak of heart.

Askins also worked with B.E. Meyers to develop a new holster for the patrol to allow for a quicker and consistent draw. He built upon the Tom Threepersons design, keeping the 15-degree forward cant. The unfitted “bucket” of the holster was at the bottom of a drop loop, allowing the gun to ride low on the hip. A steel reinforcing shank helped maintain the holster position and shape, and a snapped retention strap passed over the hammer to secure the gun. The entire assembly rode on a “Sam Browne” belt rig, which was commonly used at the time. The trigger guard was covered as standard issue. 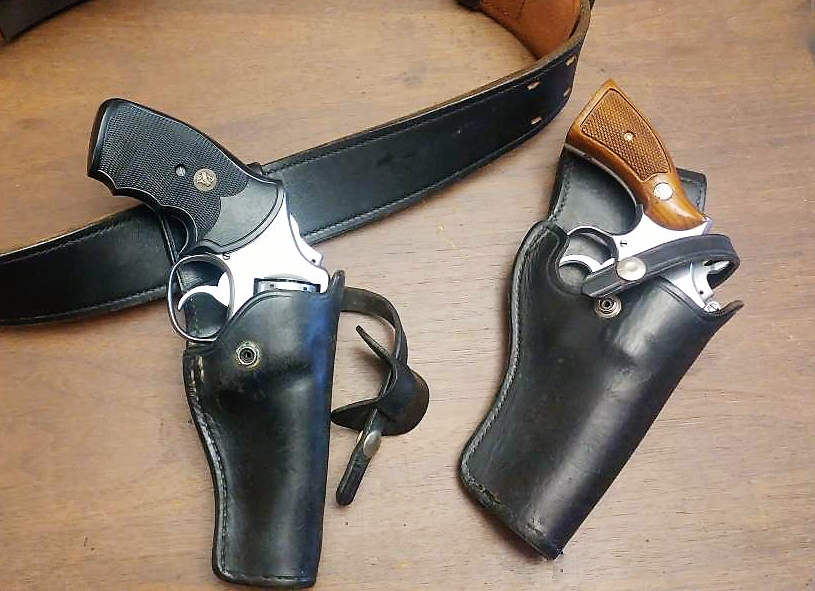 Jordan holster on left, Meyers Askins rig on the right.

This holster was a vast improvement over previous designs and remained in service with the patrol until the Jordan rig replaced it. Versions of the Askins holster remain in production today with several manufacturers.

While in the Border Patrol, Askins rose to head firearms instruction for the organization. He issued specifications for and personally inspected all new firearms acquired by the organization. During this time, he was an active competitor, winning several national titles. He estimated that in a 10-year period, he fired over 750,000 documented rounds of ammunition in practice. After nine years with the patrol, with weekly gunfights, he resigned his position and wrote for the popular gun magazines at the time. 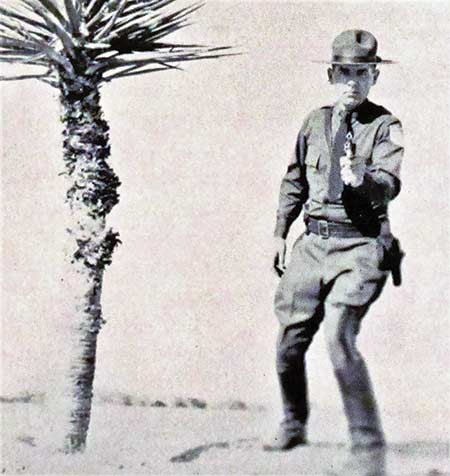 When WW2 broke out, Askins was able to turn his commission in the Army Reserve into a regular Army gig with the assistance of his friend General Hatcher. He led ordnance teams to recover badly needed equipment from still-contested real estate on the battlefront, often under fire. During the North African and Sicily operations, he carried a customized 1911 pistol; however, he swapped it out for his double-action Colt New Service revolver in .44-40 for the D-Day landing and remaining hostilities. He used his pistols in close combat, which proved handy when clearing houses in urban areas.

After the war, he was attached to the U.S. Embassy in Spain as an advisor and military attaché. He assisted the Franco administration in rebuilding the arms and ammunition factories after the war and enjoyed bird hunting in the Spanish countryside. His family spent several years in Madrid before he was sent to Vietnam as an advisor. Askins managed to earn his airborne qualification with both countries, amassing 132 jumps before calling it quits. He retired from government service in 1963.

He continued to write about his exploits in armed combat as well as his affinity for hunting. A prolific hunter, he managed to take game on almost every continent. He was also a conservationist concerned about over-hunting certain species, the effects of poaching, and the development of game farms to meet the needs of anticipated growth in hunting.

Askins was a regular with American Handgunner, the American Rifleman, and other popular gun rags. In addition to an estimated 1,000 magazine articles, Askins penned a substantial number of books:

The Gunfighters: True Tales of Outlaws, Lawmen, and Indians on the Texas Frontier with William Askins

The Shotgunner’s Book – A Modern Encyclopedia

The Federalist (The Firearms Classics Library) 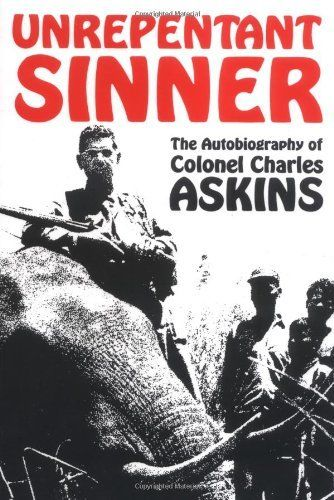 Askins was not without his flaws, at one time questioning his mental health as it related to his willingness to kill men. It has been suggested that if some of his gunfights were subjected to today’s scrutiny, he might well have been indicted and sentenced for manslaughter or worse. His ability to survive dangerous armed conflicts was rooted in his willingness to kill, but those who knew him understood that he wasn’t always able to keep it in check. He did not hesitate to shoot opponents regardless of race or nationality but didn’t consider those of minority status worth counting in his tally. Even when viewing his exploits in the extreme context of the place and time, Askins teetered on the edge of impropriety.

Askins passed away in 1999, leaving a legacy few will ever match. Skeeter Skelton, a close friend of Askins, once said, “If Charley Askins had been born 100 years earlier, he would have been a mountain man, an Indian scout, a buffalo hunter, or a horse soldier. As it is, close now to the end of the 20th century, he has lived the kind of life that boys think they’re going to live and that most old men wish they had.”