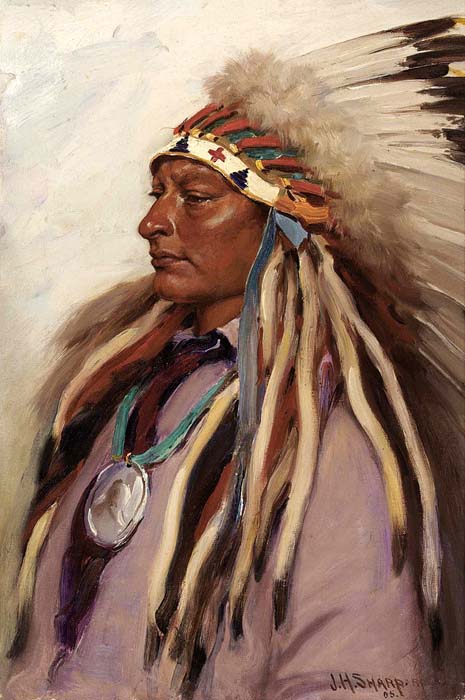 Lakota Sioux Chief Spotted Elk was known to his people as Si Tanka. He is thought to have been born in about 1826, the son of Chief Lone Horn, and became chief of the Cheyenne River Reservation upon his father’s death. A much-respected warrior and a negotiator, he received the name “Big Foot” from the white men, a derogatory name to him and his people. During the 1870s, he aligned himself with Sitting Bull and Crazy Horse but saw no major action during the war of 1876-77.

Following the Sioux War, he and his band were placed on the Cheyenne River Reservation, where he encouraged his people to adapt. However, short on rations and with poor living conditions, he then encouraged his people to join the “Ghost Dance” movement. Alarmed by this unknown religion, the government outlawed the practice, but it quickly spread through several Indian camps, including the Cheyenne River Reservation.

After Sitting Bull was killed on the Standing Rock Reservation in 1890, his followers fled to seek refuge with Chief Spotted Elk. In December 1890, fearing reprisals against his band, Spotted Elk led some 300 men, women, and children from the reservation, intending to join other bands in the Badlands.

Having no intention of fighting and flying a white flag, the group was intercepted by troops on Wounded Knee Creek and surrendered. However, in an attempt to disarm the Indians, a conflict occurred, which resulted in the killing of almost the entire band by U.S. Troops. Big Foot and hundreds of others died on December 29, 1890, in what has become known as the Wounded Knee Massacre. 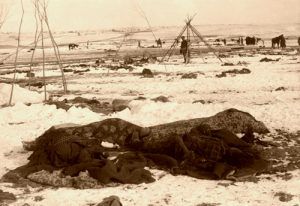