Claremore, Oklahoma – Long ago, a Native American student was attending the Military Academy at what would later become Rogers State University. As we have unfortunately heard too many times, the youth was accidentally killed during a hazing ritual. His spirit is not at peace, as he haunts the halls during the midnight hours. Baird Hall is where the Indian’s footsteps have often been heard in an otherwise empty building. Two janitors have reported hearing these odd footsteps and toilets flushing in empty bathrooms and other strange phenomena throughout the building. 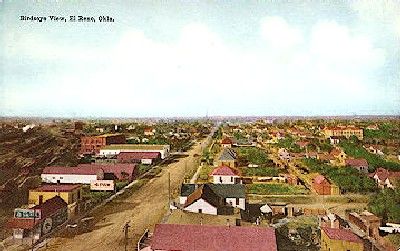 El Reno, Oklahoma – If you are traveling the Mother Road between Weatherford and El Reno, Oklahoma, at night, keep your eyes open because legend has it that an elderly humped back man haunts this part of the old Mother Road. Said to appear in a brown trench coat, wearing a Bogie style hat pulled down over his eyes, he has often been spotted walking along the old highway, especially on foggy or rainy nights. Reportedly, one person picked this old figure up one wet evening, and the eerie little man wouldn’t talk to him. Soon, the vagabond tried to jump out of the moving car. The driver immediately pulled over to the side and let him out, only to spot the man walking again several miles ahead of the driver on down the road. Another person said they thought they had hit the man with their vehicle, but when they stopped to check on him, no one was there. Do you believe it? Keep your eyes peeled.

While driving between Yukon and El Reno, Oklahoma, I suddenly saw a white mist run in front of my car on a clear day. I slammed on the brakes as I felt the car hit someone or something, the white mist falling beneath the front of the vehicle. My twelve-year-old daughter was with me and looked at me as if I’d lost my mind. I stopped and got out, looking under and behind the car as my daughter looked on. There was nothing there. This incident has haunted me for years. Though I continue to travel that same road every day, I have never had the experience again. If you do, I’ll let you know. – Carol, July 2005

Editor’s Note: Once again, we have taken down a story because of vandalism created by “so-called” ghost hunters. Criminal behavior is NOT ghost hunting! Vandalism and trespassing are nothing more than crimes against property, and I suspect those who are guilty are little more than wreckless revelers out looking for a good time. For legitimate paranormal researchers, this type of behavior reduces their credibility and, overall, gives ghost hunters a bad name. It has also significantly reduced the number of “ghostly legends” that appear on this website. 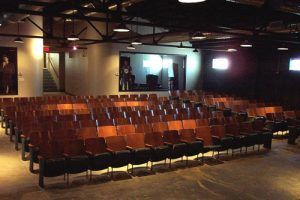 Ghosts of the Mother Road