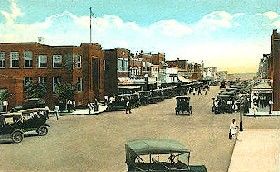 Do You Believe in Ghosts?   Employees of a local convenience store most certainly do, and with good reason.

For many, Halloween is a time when we indulge our need for fear by watching horror movies or taking a trip through a haunted house. Scary stories of ghost hauntings are shared over hordes of trick-or-treat candy. However, for some employees of a local convenience store, those stories are all too real.

According to employees, K’s Korner, located north of Bristow at the intersection of Highways 66 and 48, has been the site of many spooky happenings. One former employee recalls an incident in which a ghost tried to help her with her nightly closing duties. “I was cleaning the bathroom, and the light just flicked off, and the toilet flushed. I ran out of there so fast. I couldn’t go back into the bathroom for two weeks.”

Other employees report bizarre occurrences as well. One remembers when she was cleaning the cappuccino machine, and a Hostess Sno-ball came hurling at her. “It landed at my feet,” she said. “That rack was quite a ways from me. I know it couldn’t have just fallen off and landed where it did.”

Employees believe that the ghost may not be alone. “We think that there may be more than one ghost. We think there’s a ghost that’s kind of a jokester, and then one that may not be so nice.”

In November 2004, Bristow resident Scott Lawrence and a team from the organization PROOF set up audio and visual equipment after hours at K’s Korner to see if they could detect anything.

“Bluntly, I don’t believe that there is anything there,” says Lawrence. He also notes that it usually takes more than one visit to a site to determine if there are indeed spirits lurking on the premise.

In preparation for the investigation in 2004, Lawrence researched the area surrounding K’s Korner. He found out that a young woman, following a fight with her husband, was hit by a semi-truck as she tried to cross Old Highway 66 right in front of the land that is now occupied by K’s Korner. “I’ve also heard reports from people that they have seen a young woman standing in the window of the abandoned house that was owned by the lady that was killed,” recalls Lawrence.

Though Lawrence is no longer affiliated with PROOF, he continues to do freelance work and said that he would be interested in reinvestigating K’s Korner.

Regardless of the outcome of investigations, employees insist that there is something in the building. They maintain that there have always been unexplained noises and several instances of lights unexpectedly going off and radios coming on with no explanation whatsoever. One former employee refused to go into the kitchen area because she said she got a bad feeling. “I would just walk in there, and the hair on the back of my neck would stand up.”

Lawrence says that all the equipment in the world is no match for a person’s instincts. “The uneasy feelings and hair standing up on your neck are the best tools to detect spirits.” One employee agrees. “There is definitely something there.” 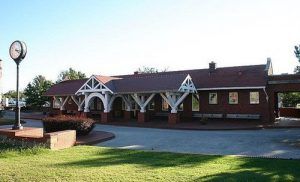 Another place that is said to be haunted in Bristow is none other than the Frisco Depot. Now housing the Chamber of Commerce and the Bristow Historical Museum, the resident ghost has been described as a guardian of this historic building and affectionately dubbed “Charlie” by the museum staff.

When the St. Louis and San Francisco Railroad arrived in 1898, it created several small towns in Oklahoma, including Bristow. The beautiful Passenger Depot was built in 1923.

After many reports of the old depot being haunted, it was investigated by members of OKPRI (www.okpri.com) in 2006. During the investigation, the founder and psychic of the group, Christy Selfridge, picked up on the resident ghost. She described him as a sullen middle-aged man with light brown hair wearing denim overalls and a light-colored cap. Pacing continually, he watched the investigation and was apparently not entirely pleased with the intrusion. However, the psychic explained that he was not a spirit to be feared; he was protective of the depot.

She also picked up two residual memories, both — of couples arguing. The first couple was a man who was leaving the woman, and she was begging him to stay. The other was a man who was angry at something, and his wife was trying to calm him down.

Another local legend tells of a lone cowboy spirit who has been seen walking through the stockyards.