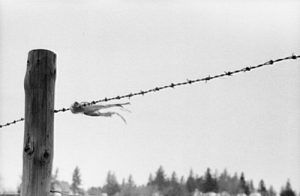 There’s them coughin’ separators and their dirty, dusty crews
And wagons runnin’ over with the grain
With smoke a-driftin’ upward and writin’ on the air
A story that to me is mighty plain

The wolves have left the country and the long-horns are no more
And all the game worth shootin’ at is gone
And it’s time for me to foller, ’cause I’m only in the way
And I’ve got to be a-movin’ — movin’ on. 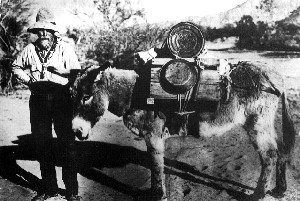 I am an old man some sixty years old
And that you can plain-li see,
But when I was a young man ten years old
They made a stable boy of me.

I have seen the fastest horses
That made the fastest time,
But I never saw one in all my life
Like that old gray mule of mine.

On a Sunday morn I dress myself,
A-goin’ out to ride;
Now, my old mule is as gray as a bird,
Then he is full of his pride.

He never runs away with you,
Never cuts up any shine;
For the only friend I have on earth
Is this old gray mule of mine.

Now my old gray mule is dead and gone,
Gone to join the heavenly band,
With silver shoes upon his feet
To dance on the golden strand. 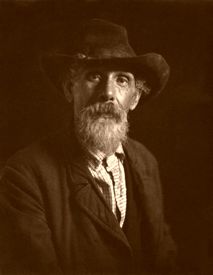 Come all you melancholy folks wherever you may be,
I’ll sing you about the cowboy whose life is light and free.
He roams about the prairie, and, at night when he lies down,
His heart is as gay as the flowers in May in his bed upon the ground.

They’re a little bit rough, I must confess, the most of them, at least;
But if you do not hunt a quarrel you can live with them in peace;
For if you do, you’re sure to rue the day you joined their band.
They will follow you up and shoot it out with you just man to man.

Did you ever go to a cowboy whenever hungry and dry,
Asking for a dollar, and have him you deny?
He’ll just pull out his pocket book and hand you a note, —
They are the fellows to help you whenever you are broke.

Go to their ranches and stay a while, they never ask a cent;
And when they go to town, their money is freely spent.
They walk straight up and take a drink, paying for every one,
And they never ask your pardon for anything they’ve done.

When they go to their dances, some dance while others pat
They ride their bucking bronchos, and wear their broad-brimmed hats;
With their California saddles, and their pants stuck in their boots,
You can hear their spurs a-jingling, and perhaps some of them shoots.

Come all soft-hearted tenderfeet, if you want to have some fun;
Go live among the cowboys, they’ll show you how it’s done.
They’ll treat you like a prince, my boys, about them there’s nothing mean;
But don’t try to give them too much advice, for all of them ain’t green. 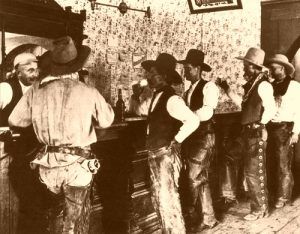 Away out in old Texas, that great lone star state,
Where the mocking bird whistles both early and late;
It was in Western Texas on the old N A range
The boy fell a victim on the old staked plains.

His crew they were numbered twenty-seven or eight,
The boys were like brothers, their friendship was great,
When “O God, have mercy” was heard from behind, —
The cattle were left to drift on the line.

He leaves a dear wife and little ones, too,
To earn them a living, as fathers oft do;
For while he was working for the loved ones so dear
He was took without warning or one word of cheer.

And while he is sleeping where the sun always shines,
The boys they go dashing along on the line;
The look on their faces it speaks to us all
Of one who departed to the home of the soul. 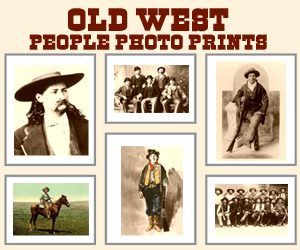 Out where the skies are a trifle bluer,
Out where friendship’s a little truer,
That’s where the West begins;

Out where the world is in the making,
Where fewer hearts in despair are aching,
That’s where the West begins;

Where the Pecos River winds and turns in its journey to the sea,
From its white walls of sand and rock striving ever to be free,
Near the highest railroad bridge that all these modern times have seen,
Dwells fair young Patty Morehead, the Pecos River queen.

She is known by every cowboy on the Pecos River wide,
They know full well that she can shoot, that she can rope and ride.
She goes to every round-up, every cow work without fail,
Looking out for her cattle, branded “walking hog on rail.”

She made her start in cattle, yes, made it with her rope;
Can tie down every maverick before it can strike a lope.
She can rope and tie and brand it as quick as any man;
She’s voted by all cowboys an A-1 top cow hand.

Across the Comstock railroad bridge, the highest in the West,
Patty rode her horse one day, a lover’s heart to test;
For he told her he would gladly risk all dangers for her sake —

But the puncher wouldn’t follow, so she’s still without a mate. 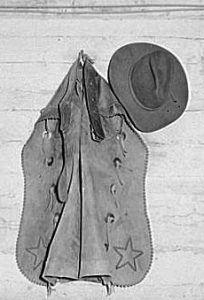 There was a rich old rancher who lived in the country by,
He had a lovely daughter on whom I cast my eye;
She was pretty, tall, and handsome, both neat and very fair,
There’s no other girl in the country with her I could compare.

I left the State of Texas, for Arizona I was bound;
I landed in Tombstone City, I viewed the place all round.
Money and work were plentiful and the cowboys they were kind
But the only thought of my heart was the girl I left behind.

One day as I was riding across the public square
The mail-coach came in and I met the driver there;
He handed me a letter which gave me to understand
That the girl I left in Texas had married another man.

I turned myself all round and about not knowing what to do,
But I read on down some further and it proved the words were true.
Hard work I have laid over, it’s gambling I have designed.
I’ll ramble this wide world over for the girl I left behind. 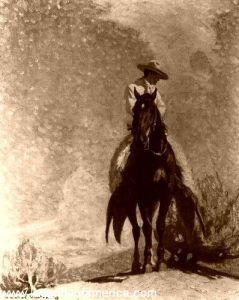 When you are out riding, boys, upon the highway,
Meet a fair damsel, a lady so gay,
With her red, rosy cheeks and her sparkling dark eyes,
Just think of my Lulu, boys, and your bosoms will rise.

While you live single, boys, you are just in your prime;
You have no wife to scold, you have nothing to bother your minds;
You can roam this world over and do just as you will,
Hug and kiss the pretty girls and be your own still.

But when you get married, boys, you are done with this life,
You have sold your sweet comfort for to gain you a wife;
Your wife she will scold you, and the children will cry,
It will make those fair faces look withered and dry.

You can scarcely step aside, boys, to speak to a friend
But your wife is at your elbow saying what do you mean.
With her nose turned upon you it will look like sad news, —
I advise you by experience that life to refuse.

I have one more request to make, boys, before we part.
Never place your affection on a charming sweetheart.
She is dancing before you your affections to gain;
Just turn your back on them with scorn and disdain.