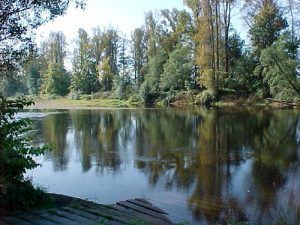 Coming from a respected family that homesteaded near the Satsop River in Washington, John Tornow was born on September 4, 1880. From the time he was just a small child, he preferred the unexplored wilderness near his home as his playground. As he grew, he spent more time with wild animals than he did with people.

When the boy was just ten years old his brother Ed killed his beloved dog and young John retaliated by killing Ed’s own dog. It was at this time that Tornow began to shun people altogether, vanishing into the woods for weeks at a time.

Hunting only for food, he learned to track as well as any Indian and his shooting skills quickly became legendary. He would return to his home only for brief visits with his parents, usually bearing gifts of game. By the time he reached his teen years, almost any animal would approach him unafraid, and his family had begun to think he was just a little bit crazy.

As his brothers entered the logging business, eventually owning their own company, Tornow occasionally worked as a logger, but more often continued to maintain his solitary ways in the wilderness. Living off the land, dressing in animal skins and shoes made of bark, John just wanted to be left alone with nature. Standing some 6”4” and weighing in at nearly 250 pounds, most people thought him a little strange, but harmless.

By the first decade of the 20th century, he was rarely venturing out of the woods but would occasionally watch the loggers as they were working. On one occasion he supposedly said to a logger, “I’ll kill anyone who comes after me. These are my woods.”

Convinced he was insane, his brothers captured him and committed him to a sanitarium in 1909. However, the facility, located deep in the heart of Oregon’s wilderness, was not able to contain the large man, as some 12 months later, he escaped into the forest. 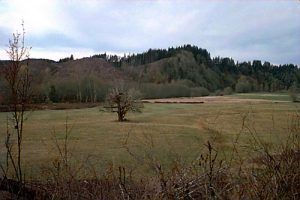 Nothing was seen or heard of John for the next year until he began to occasionally visit his sister, her husband, and their twin sons, John and Will Bauer. He refused to have anything to do with his brothers, never having forgiven them for committing him to the sanitarium.

Spied occasionally with tangled hair, a long beard, and ragged clothes, his legend began to grow as people described him as a giant gorilla-like man seen running through the forest. Loggers would tell that he appeared to be a large hairy “beast” that would seemingly appear out of nowhere before once again vanishing into the forest.

In September 1911, Tornow shot and killed a cow grazing in a clearing by his sister’s small two-room cabin on the Olympic Peninsula. While he was dressing out his kill, a bullet whizzed over his head and dropping his knife, he lifted his rifle and fired three times in the direction from where the bullet had originated. When he went into the brush, he found his two 19-year-old twin nephews lying dead on the ground.

As to why John and Will Bauer shot at Tornow, it was suggested that the pair thought he was a bear feeding off of one of their herd. However, some historians believe that the boys intentionally made John Tornow their target. Though the truth will always remain a mystery, the mountain man, no doubt reasoned that someone was trying to capture or kill him when he returned fire. After seeing the dead bodies, Tornow quickly fled the scene disappearing into the deeply forested Wynoochee Valley. This incident would become the beginning of a legend that would grow large over the next several years and ultimately result in the death of the solitary mountain man. 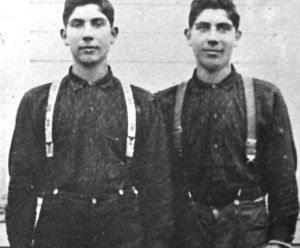 When the Bauer boys did not return from home, their family contacted Chehalis County (Chehalis County would become Grays Harbor County in 1915) Deputy Sheriff John McKenzie. Soon, the deputy rounded up a group of more than 50 men to search for the brothers, who soon returned with the two dead bodies. Both had been shot in the head and stripped of their weapons.

McKenzie immediately announced that the shooting had to have been committed by John Tornow and a posse was rounded up to search for the wild man living in the forest. In no time, loggers and farmers making up the posse were roaming the Satsop area and the lower regions of the Wynoochee Valley, wary of the large man that they knew to have the intuition of an animal and the skills of an Indian.

The posse was skittish, terrified of the wild man, and when one group heard a sound in the brush, a shot rang out, killing a cow. Though the men were sure that Tornow was nearby each time they heard the slightest noise in the woods, they never spotted him.

The longer they searched and didn’t find the “ape-man” killer, the tales grew more and more exaggerated. Soon, the stories told of a cold-eyed giant constantly traversing the forest in search of prey, who soon earned such labels as  “the Wild Man of the Wynoochee,”  “the Cougar Man,” and “a Mad Daniel Boone.”  With each telling, the story became larger and larger until the entire countryside was terrified.  As the stories spread to the adjacent camps of Aberdeen, Montesano, Elma, and Hoquiam, no one felt safe with John Tornow on the prowl. Women and children were warned to stay indoors as the men oiled their hunting rifles and unleashed their dogs for protection.

As men continued to search into the winter they were forced into the lowlands due to deep snows. Tornow simply headed to higher terrain. Sometime later, the wild man broke into Jackson’s Country Grocery Store intending to help himself to a few provisions. Often he was known to burglarize cabins and stores in order to get what he needed to survive. However, on this occasion, he found more than just flour, salt, and matches, but also a strongbox filled with some $15,000. The grocery also served as the town’s bank.

In no time, Chehalis county offered a $1,000 reward for the return of the stolen money and despite their fears of the “wild man,” the number of men hunting Tornow dramatically increased. The blasts of gunfire could be heard echoing in the forest and on February 20, 1912, a gunshot-happy hunter killed a 17-year-old boy, mistaking him for Tornow. 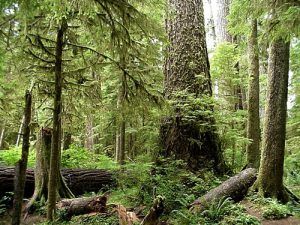 The dense area where Tornow made his home is now part of the Olympic National Forest,

A few weeks later, a traveling prospector reported to Sheriff McKenzie that he had spotted Tornow at a camp in Oxbow. Together with Deputy Game Warden Albert V. Elmer, the pair headed out but found only a cold campfire at the point where Tornow had been spied. Sure that the money was buried somewhere close, the two began to look around. Though they were rewarded with two gold coins, they didn’t find the strongbox.

Sometime later both Sheriff McKenzie and Warden Elmer went missing and the reward was increased to $2,000. On March 16th, Deputy Sheriff A. L. Fitzgerald gathered up another posse to hunt for the “ape-man” in both Oxbow and Chehalis counties. Though they searched high and low for Tornow, what they found instead, were the bodies of Sheriff McKenzie and Albert Elmer. Both had been shot between the eyes and gutted with a knife.