Asotin County – Situated in the southeastern most corner of Washington in a remote mountainous area, is the ghost town of Rogersburg, with less than 25 residents today. A river boomtown stimulated by gold discoveries, the town was once accessible only by horse or by boat. In fact, it wasn’t until 1938, that a road from Asotin finally reached the small village. On or near Shovel Creek, off the Snake River, is thought to be the lost Shovel Creek Mine. Also near Rogersburg is said to be the Trio Lost Mine, as well as a hidden cache left by a long ago prospector. Yet another cache is said have been buried near Rogersburg by outlaw Charley Maguire after he robbed a stagecoach. 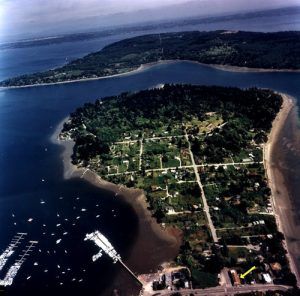 Bloom County – Located in the heart of Puget Sound is Vashon Island where a successful lumberman by the name of Lars Hanson lived in the 1870’s. On the banks of Judd Creek, near Burton, he was said to have hidden more than $200,00 in gold coins.

Clark County – For more than a century, rumors have abounded that there is a rich mine hidden in the Cascade Mountains. Said to have been located near the headwaters of the Lewis River somewhere in the wilderness between Mt. St. Helens and Mt. Adams, the mine was worked by an old Spaniard in the 1880’s. The miner often journeyed south to The Dalles, Oregon, to bank his gold at the French & Company Bank. On a number of occasions, other prospectors would attempt to follow him as he returned to the mine, but the old Spaniard was clever and always eluded them, using a number of tricks including putting the shoes on his mule backwards. Suddenly the old Spaniard stopped appearing to bank his gold and local miners began to wonder what had happened to him. About a year later,  numerous Yakama Indians began showing in a number of stores in Washington, paying for goods with gold nuggets. When asked where they had obtained the gold, the Indians refused to answer. Soon, rumors began to circulate that the Indians had found the Spaniard’s mine. Later, a skeleton of a man and a mule was discovered near Spirit Lake by Mt. St. Helens. It was thought to have been the old Spaniard who had been killed by the Indians. The mine, that some say is hidden behind a waterfall in a cavern, has never been found.

Grant County – Outlaws are said to have buried some $30,000 in gold in a cave somewhere on Sentinel Mountain in the Saddle Mountain Range, about three miles southeast of Beverly.

Pacific County – Captain James Scarborough was the first white settler north of the Columbia River and built a frontier cabin in 1843. Allegedly, he buried a treasure near his cabin on what is now Fort Columbia. If a treasure is buried there, it will have to stay hidden, as the historic fort is now a Washington State Park.

Stevens County – The Lost Doukhober Mine, discovered in 1929, is said to be located in the northern part of Stevens County. Ore from this mine assayed at 1,000 oz of silver per ton. Another lost cache is said to be buried at Robbers’ Roost near Fruitland. 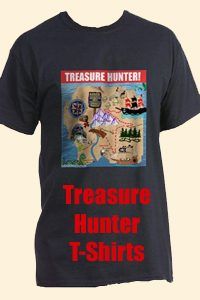 Stevens County – Located near the town of Colville, a treasure known as The Highgrader’s Poor Farm treasure is said to be hidden. Poor Farm treasure refers to “Matte” – a crude mixture of sulphides produced when smelting gold. It is thought to be buried near an old brickyard.

Walla Walla County – According to the tales, bandits took a number of gold bars in a train robbery near Wallula in the late 19th century.

Intending to catch a boat for Portland, they missed it and buried their stolen cache near old Fort Walla Walla. Later the bandits were shot before ever telling of the hiding place of the loot. Today, the old fort is gone and the location has become Fort Walla Walla Park located at the western edge of Walla Walla, Washington.

Yakima County – Pierre Rabado’s Lost Mine is thought to be located near Mt. Adams. It could also be in Skamania County.

Compiled and edited by Kathy Weiser/Legends of America, updated October, 2015.

Back to: Treasure Tales of Washington

The Infamous Victor Smith & a Tale of Three Lost Treasures

John Tornow – The Wild Man of the Wynoochee