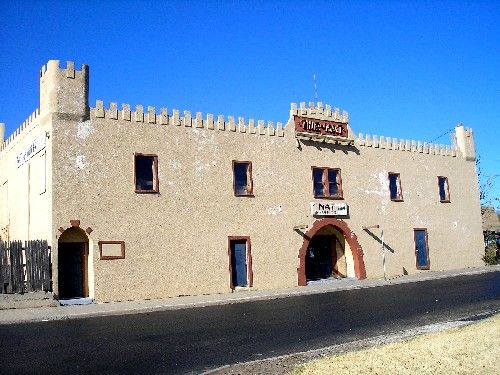 Old Route 66 through Sixth Street in Amarillo, Texas is home to the Natatorium, familiarly called “The Nat,” and according to locals, a few unearthly spirits as well. This area, listed on the National Register of Historic Places, has been fashionably restored to an antique district, full of collectibles, boutiques and street-side cafes.

“Natatorium” is an old-fashioned word for an indoor swimming pool and when this building opened in July 1922, that’s exactly what it housed. However, in 1926, J.D. Tucker purchased the pool building and turned it into a dance palace. Covering the pool over with a fine wooden dance floor, the Nat Ballroom began to cater to the flappers of the Roaring ’20s.

The Depression brought many changes to the nation and the “Nat” offered a variety of promotions to continue to entice guests to the ballroom. Suffering through this period, the Nat was bought by Harry Badger in the early 1930s. In 1935 he added the castle-like façade and the Nat Café, which provided an entrance to the dance floor from Route 66, and renamed the business The Nat Dine and Dance Palace.

Ushering in the Big Band Era, the Nat had one of the finest dance floors in the Southwest, as groups such as Tommy Dorsey, Louis Armstrong, Benny Goodman, Duke Ellington, and Guy Lombardo entertained its many guests. With the advent of Rock “N’ Roll, the Nat continued to entertain with the likes of Little Richard, Roy Orbison, and Buddy Holly and the Crickets. At its prime, the ballroom employed a staff of 52 people to help produce its entertainment events and serve the many happy customers of the Nat. Many old-timers who learned to swim at the Nat would later recall the fabulous Friday night dances that they attended during its glory days.

Several years ago when The Nat was purchased and renovated for an Antique Mall, owners and guests would notice cold spots upon entering the upstairs rooms, once utilized as a gambling hall. On other occasions, strange noises would be heard when no one was there and the owner would arrive to find the furniture rearranged during the night. According to one psychic, a female apparition who once spent many hours in the gambling hall appears in a white dress with a red stain on the bodice. According to the legend, the lady was having a grand time one evening when another patron spilled a glass of red wine down her dress. Obviously, she had so much fun that she is reluctant to leave. 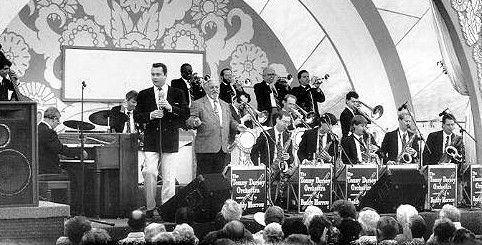 The ballroom floor is said to also be popular with the spirits.  When bands still play at the Nat, a ghostly couple can often be seen gliding along its hardwood floors. In 1996, the Nat conducted an all-night ghost investigation complete with video cameras and tape recorders. Though the investigators had many difficulties with the cameras, as they mysteriously shut themselves off, they did obtain a voice recording of a drum playing solo in the background and the sounds of a woman singing.

Another reminder that the spirits are seemingly unwilling to give up the splendor of the past is on the outside wall of the building. Legend has it that although it was first painted over in 1942, and several times since then, the words “Monty McGee and His Orchestra” continue to bleed through time and time again.

In 1994, the Nat was placed in the National Register of Historic Places and became a Texas Historical Landmark in 1995. It continued to host big-name bands for a while, including The Dixie Chicks, Cooder Graw, and Joe Ely. Under new owners, the building was restored and renovated and continues as an Antique Mall, which still occasionally hosts bands, and hopes to include a cafe and movie screen someday.  For more news on the Amarillo Natatorium see our friends at Route 66 News.

The Nat, a prime example of whimsical roadway architecture, is located at 6th and Georgia on old Route 66 in Amarillo, Texas.