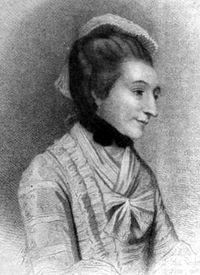 She was not as vicious with her claws as the Dead Rabbits’ Hellcat Maggie. Nor as big and strong as an Amazon riverfront bouncer named Gallus Mag. But Sadie “The Goat” Farrell made more money than both women combined when she was the “Queen of the New York Waterfront.”

Sadie Farrell was born and raised in the slums of the Fourth Ward near the East River. As a young girl, she hung around with street hustlers and thieves and by 1869 was making a name for herself. Slight of build but mean and vicious, Sadie usually worked the streets around the docks in concert with a male companion, who gave her the muscle backup she needed. When a mark emerged drunk from one of the local dives, Sadie would take a running start, then ram the top of her head into the victim’s stomach.

This was a dangerous maneuver since sometimes the person delivering the headbutt does more damage to themselves than the intended victim. But Sadie was a pro, and she made sure only the top of her head made contact with the victim’s gut and not sensitive areas like her nose and forehead. The headbutt stopped the victim in his tracks, and as soon as he turned his attention to Sadie, her male companion used a slingshot to propel a rock to the side of the victim’s head. If that didn’t work, a bat or a sap always did the trick. Then Sadie and her partner would take everything of value from the unconscious mark, even his shirt, pants, and shoes. This was small-time work for Sadie, but it still puffed up her reputation on the East Side docks.

One day, Sadie made the mistake of having one too many belts in the Hole-in-the-Wall bar on Dover Street, just two blocks from the East River. The bouncer at the Hole-in-the-Wall was a six-foot female creature from England named Gallus Mag. Mag patrolled the bar with a small bat strapped to her wrist, which she was not reticent to use on unruly customers. If after a few whacks on the head the drunk was still feisty, Mag would then wrap him in a headlock, then bite off one of his ears, before she flung him out the front door. The ear would then go into a jug of alcohol, which Mag proudly displayed behind the bar. The jars filled with ears behind the bar were called “Gallus Mag’s Trophy Case.”

Sadie being Irish and Mag being from England was an accident waiting to happen. It’s not sure who started the slurs first, but it’s a good bet it was Sadie, and that was not a smart thing to do. Mag, who was twice Sadie’s size, bopped Sadie on the head a few times with the bat, but Sadie still flailed away at Mag with a vengeance.

Another not smart thing to do. 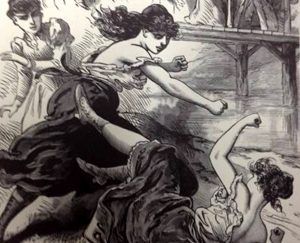 Mag enveloped Sadie’s head with her massive arms, and in a flash, one of Sadie’s ears had been detached from the side of her head. Mag deposited Sadie on her rump on Dover Street, then deposited Sadie’s ear in an alcohol-filled jug and proudly displayed it behind the bar. Mag even scripted on the jug, “Sadie the Goat’s Ear.”

Disgraced and disheartened, Sadie took her show on the road and wound up on the West Side docks, clear around to other side of Manhattan from her former haunts. One day while wandering around trying to figure out how to make a score, Sadie witnessed members of the Charlton Street Gang unsuccessfully attempting to board a small sloop anchored in the middle of the North River (now called the Hudson River). The Charlton Street Gang was so inept and disorganized, the ship’s crew had no trouble beating them back and beating them up in the process. Sadie figured with her expert direction; the gang would do much better than before if she were the boss. So Sadie helped the gang members lick their wounds and then convinced them with her brains and their brawn, they could make a very successful team indeed.

A few days later, with Sadie leading the gang, they were able to hijack a much larger sloop, and with the “Jolly Roger” (skull and crossbones) flying from the masthead, Captain Sadie led the gang up and down the North and Harlem Rivers, up to Poughkeepsie and beyond. They raided small villages, robbing poor people’s farmhouses and the riverside mansions of the rich. Because ocean liners and major shipping vessels were so well-protected, Sadie and her crew concentrated on raiding smaller up-river merchant ships instead. 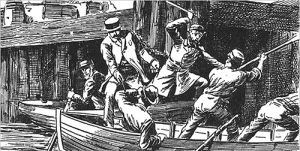 Sadie was so into her “River Pirate” routine; she began reading voraciously on pirate history and pirate lore. After discovering that pirates had once kidnapped Julius Caesar, she ordered her crew to go on a kidnapping spree. In the spirit of old pirate traditions, some true, some contrived, Sadie even forced several gang members to walk the plank if they did not do exactly as she demanded.

For several months, Sadie and her crew were highly successful in their endeavors. They stashed their booty in several hiding places until they could dispose of it for cold, hard cash through the various fences along the North and East Rivers. One of these fences was Marm Mandelbaum, who was said to be the largest fence on the entire east coast of America through her store on Clinton Street.

But all good things must come to an end. 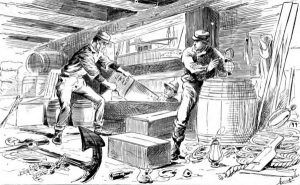 After several homeowners were murdered by Sadie and Charlton Street Gang, the upstate Hudson Valley residents banded together and formed a force of resistance. The farm folk ambushed the Charlton Street Gang as it came ashore, and police patrolling New York’s harbor stopped them from pillaging the small merchant ships on the North River. Soon, so many gang members were killed, Sadie was forced to abandon her pirating ways. What was left of the Charlton Street Gang went back to the West Side docks, and soon they completely disbanded.

Sadie decided to return to her old haunts in the Fourth Ward, where she was now hailed as the “Queen of the Waterfront.” With the cash she had earned from her pirating days, Sadie opened up her own gin mill.

Sadie wore her severed ear in a locket around her neck for the rest of her life.

Outlaws of the Old West

About the Author:  A Vietnam veteran of the United States Navy, Joseph J. Bruno started out in the newspaper business in the mid-1970s as a sports columnist for the New York Tribune. During the 1970s and 80s, Bruno was an associate editor for Boxing Illustrated and a monthly contributor to Ring Magazine. In 1986-1987, Bruno wrote a sports column for the Times Herald Record in Middletown, New York. Since that time, he has written numerous articles for various magazines as well as a number of books — both fiction and non-fiction. More information can be seen on his blog here: John Bruno on the Mob.