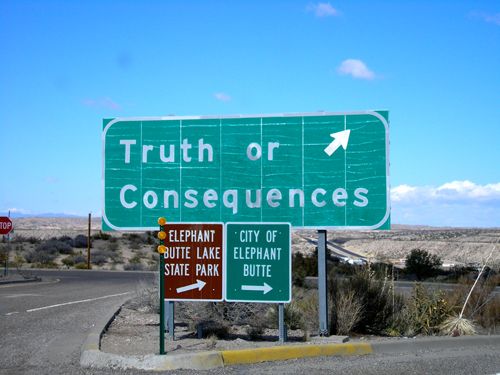 Truth or Consequences, a small town of some 8,000 souls, was called Palomas Hot Springs when it was first settled in 1882. Early on, it became a popular destination for its many hot mineral springs, long thought to provide numerous therapeutic benefits. Around the turn of the century. a number of bathhouses were built to accommodate the many visitors that made the town a resort area.

The name was quickly shortened to just “Hot Springs,” but that would obviously not be its final moniker. 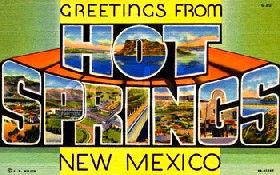 It all began in 1950 when Hot Springs was just slowly trudging along as a small resort town, with its tourist trade being its main industry and in stiff competition with hundreds of other “Hot Springs” scattered all over the country.

But the small town would get a boost when the popular Truth or Consequences radio program, on its 10th anniversary, wanted to find a town that would change its name to Truth or Consequences. The idea started when Ralph Edwards, the show’s producer, pulled his staff together and said, “I wish that some town in the United States liked and respected our show so much that it would like to change its name to ‘Truth or Consequences.'” When the New Mexico State Tourist Bureau got wind of the idea, they relayed the news to the Hot Springs Chamber of Commerce, and the news spread like wildfire. The chamber and the locals liked the idea of free advertisement as well as eliminating the confusion of their city with Hot Springs, Arkansas, California, Montana, and more.

The city soon held an election, the town’s name was changed, and in no time, Ralph Edwards and his entire NBC production crew arrived in the newly named city, airing the first live, coast-to-coast broadcast of Truth or Consequences from the city of Truth or Consequences. One city official in 1950 said, “It is the truth that we have the health-giving waters here. The consequences are that people get results.” The long-run results for the city have been amazing, as it has received more national publicity via television and radio than any city of its size in the United States.

Today, Truth or Consequences is one of the American Southwest’s best-kept secrets, as this unspoiled town continues to offer its healing springs, along with its breathtaking sandstone bluffs, a number of nearby state parks, hiking in the nearby Gila or Cibola National Forests, rockhounding in the old mining towns of Chloride, Winston and Hermosa, or attending one of its many regional events. 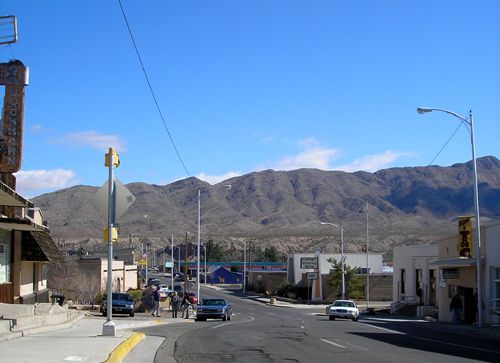 Truth or Consequences is just off Interstate-25, midway between El Paso, Texas, and Albuquerque, New Mexico.