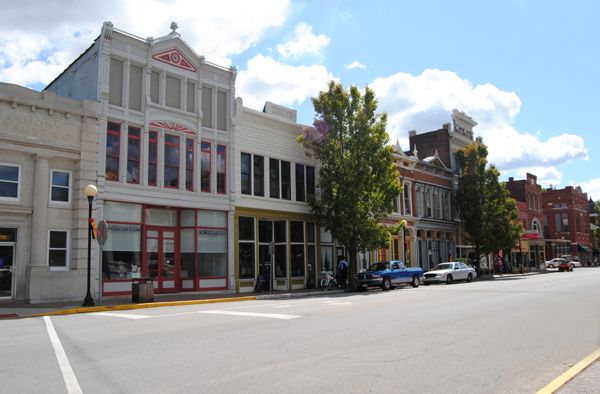 A historic town on the Wabash River in Posey County, Indiana, New Harmony was founded by the Harmony Society in 1814.

The Harmony Society, also called the Rappites, was similar to the Shakers in certain beliefs. Named after their founder, Johann Georg Rapp, the Rappites immigrated from Württemburg, Germany, to the United States in 1803, seeking religious freedom.

“I am a prophet, and I am called to be one” – George Rapp, 1791. Making this statement in front of a civil affairs official in Maulbronn, Germany, Rapp was arrested and imprisoned for two days and threatened with exile if he did not cease preaching.

The Rappites held that the Bible was humanity’s sole authority. They also advanced celibacy and lead a communal life without individual possessions, and believed that the harmony of male and female elements in humanity would be reestablished by their efforts. 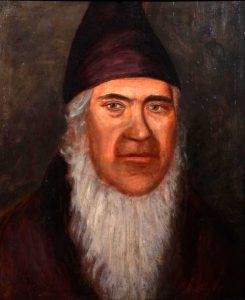 The society first established a colony in Butler County, Pennsylvania, called Harmony. There, George Rapp, also known as Father Rapp, was recognized as the spiritual head of the Society. Rapp’s adopted son, Frederick, managed the Society’s business and commercial affairs.

Under the guidance of Frederick Rapp, the economy of Harmony grew from one of subsistence on agriculture to gradually diversified manufacturing. By 1814 the Society boasted 700 members, a town of about 130 brick, frame, and log houses, and numerous factories and processing plants. Their manufactured products, particularly textiles and woolens, gained a widespread reputation for excellence, as did their wines and whiskey.

However, by 1814 the Harmonists decided to leave Pennsylvania due to a number of reasons. Over time, they had determined that the area’s climate was not suitable, as they had difficulties growing grapes for wine. They also began to have difficulties with the many new settlers coming to the area, making it less isolated and causing a rise in land prices. The group’s leaders began to look for more land elsewhere. They soon found land in Indiana that offered a better climate and room to expand, and the group began plans to move. They sold their first settlement to a Mennonite man named Abraham Ziegler for $100,000 and moved west.

Their new location consisted of 3,500 acres on the Wabash River in Indiana. During that first summer and fall, many of the Harmonists fell sick from malaria, and work on the new town nearly ceased. As many as 120 people died of the illness. The sickness would continue until Rapp directed the drainage of the mosquito-infested lowlands around the town, which, like their town in Pennsylvania, they called Harmonie. 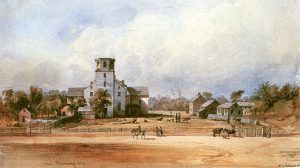 Despite this rocky start, construction of the new town continued. Over the next decade, the society purchased more land until they owned about 20,000 acres. By 1819 the Harmonites had built 150 log homes, a church, a community storehouse, barns, stables, and a tavern, along with thriving shops and mills, and cleared land for farming.

They also began to manufacture on a larger scale than they had done in Pennsylvania. That year the settlement boasted a steam-operated wool carding and spinning factory, a brewery, distillery, vineyards, and a winery.

The community continued to thrive during the early 1820s, as the society shipped its surplus agricultural produce and manufactured goods throughout the Ohio and Mississippi Valleys. But soon, Frederick Rapp wished for a location better suited to manufacturing and commercial purposes. By 1824 the decision was made to sell their property in Indiana and search for land to the east. 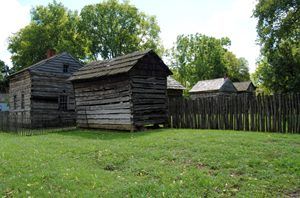 On January 3, 1825, the Harmonists sold their town to Robert Owen, a Welsh-born industrialist and social reformer, and his financial partner, William Maclure, for $150,000, and the society returned to Pennsylvania where they established another town called Economy. There, the Harmonists thrived, reaching their peak of prosperity in 1866. However, over the years, the practice of celibacy and several schisms thinned the Society’s ranks, and the community was finally dissolved in 1905.

After the sale of the town to Owen and Maclure, it was renamed New Harmony. Owen and Maclure hoped to establish a new utopian community through free education and the abolition of social classes and personal wealth. William Maclure, a well-respected geologist, attracted many important scholars to New Harmony, including naturalists, geologists, educators, and early feminists. It soon became known as a center for advances in education, and scientific research, and the town residents established the first free library, a civic drama club, and a public school system open to men and women.

However, Owen’s social experiment was an economic failure, and it was dissolved by 1827. 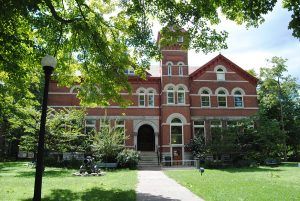 Nevertheless, the community made some important contributions to American society.

Today, residents and tourists alike enjoy the slower pace of the vibrant community, where festivals, concerts, and plays are held throughout the year. The town is also a popular location for weddings, conferences, and retreats.

The distinctive rural village, called home to about 900 people today, continues to display the simple wooden structures of the Harmonists.

Local preservationists and town officials acted early on to ensure the town’s heritage. In 1965 a study completed by the National Survey of Historic Sites and Buildings identified New Harmony as a place of national significance. In 1966, the New Harmony Historic District was placed on the National Register of Historic Places, with a boundary increase in 2000.

Twenty-five buildings and eight sites within the district were built by the Harmony Society between 1814 and 1824. These include reconstructed log cabins, a potter’s shop, and barns representative of early Harmonist structures. Church Park includes the sites of the first (1815 to 1822) and second (1822) Harmonist churches. Additional properties include several homes, the Community House, Thrall’s Opera House, and more.

Camping sites and rustic cabins can be reserved at the nearby Harmonie State Park, located south of town on State Road 69 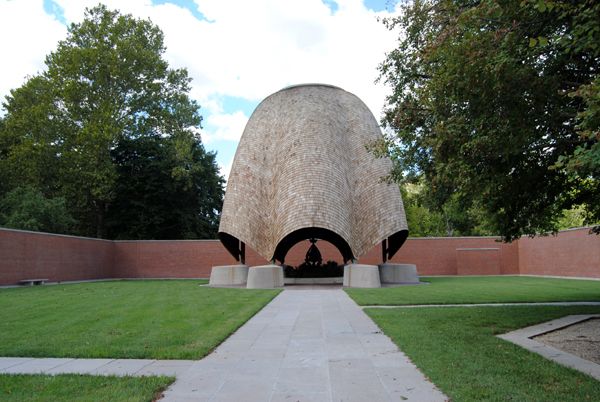