The creator said, “That is not hard. I will make you something that will kill these animals.”

He went out and cut some straight service-berry shoots, and brought them in, and peeled the bark from them. He took a larger piece of wood and flattened it, and tied a string to it, and made a bow. Now he was the master of all birds and he went out and caught one, and

took feathers from its wings and tied them to the shaft of wood. He tied four feathers along the shaft and tried the arrow at a mark and found that it did not fly well. He took off these feathers and put on three, and when he again tried it at the mark he found that it went straight. He picked up some hard stones and broke sharp pieces from them. When he tried them he found that the black flint stones made the best arrow points. He showed them how to use these things.

Then he spoke to the people, and said, “The next time you go out, take these things with you, and use them as I tell you. Do not run from these animals. When they rush at you, and have come pretty close, shoot the arrows at them as I have taught you, and you will see that they will run from you or will run around you in a circle.”

He also broke off pieces of stone, and fixed them in a handle, and told them that when they killed the buffalo they should cut up the flesh with these stone knives.

One day after this, some people went on a little hill to look about, and the buffalo saw them and called out to each other, “Ah, there is some more of our food,” and rushed upon them. The people did not run. They began to shoot at the buffalo with the bows and arrows that had been given them, and the buffalo began to fall. They say that when the first buffalo hit with an arrow felt it prick him, he called out to his fellows, “Oh, my friends, a great fly is biting me.”

With the flint knives that had been given them, they cut up the bodies of the dead buffalo. About this time Old Man came up and said to them, “It is not healthful to eat raw flesh. I will show you something better than that.” He gathered soft, dry rotten wood and made punk of it, and took a piece of wood and drilled a hole in it with an arrow point, and gave them a pointed piece of hardwood, and showed them how to make a fire with fire sticks, and to cook the flesh of animals.

After this, the people found a certain sort of stone in the land, and took another harder stone, and worked one upon the other and hollowed out the softer one, so as to make of it a kettle.’

It is told also that the creator made people and animals at another place and in another way. At the Porcupine Mountains, he made other earthen images of people and blew breath on the images, and they became people. They were men and women. After a time they asked him, “What are we to eat?” Then he took more earth and made many images in the form of buffalo, and when he had blown on them they stood up, and he made signs to them and they started to run. He said to the people, “There is your food.”

“Well, now,” they replied; “we have those animals, how are we to kill them?”

He took them to the edge of a cliff and showed them how to heap up piles of stone, running back from the cliff-like, with the point of the V toward the cliff. He said to the people, “Now, do you hide behind these piles of stones, and when I lead the buffalo this way, as they get opposite to you, stand up.”

Then he went on toward a herd of buffalo and began to call them, and the buffalo started toward him and followed him until they were inside the arms of the V. Then he ran to one side and hid, and as the people rose up the buffalo ran on in a straight line and jumped over the cliff and some of them were killed by the fall.

“There,” he said, “go and take the flesh of those animals.” Then the people tried to do so. They tried to tear the limbs apart, but they could not. They tried to bite pieces out of the bodies, but they could not do that. Old Man went to the edge of the cliff and broke some pieces of stone with sharp edges, and showed them how to cut the flesh with these. Of the buffalo that went over the cliff, some were not dead but were hurt, so they could not run away. The people cut strips of green hide and tied stones in the middle, and with these hammers broke in the skulls of the buffalo and killed them.

When they had taken the skins from these animals, they set up poles and put the hides over them, and so made a shelter to sleep under.

In later times the creator marked off a piece of land for the five tribes, Blackfoot, Blood,  Piegan, Gros Ventre, and Sarsi, and said to these tribes, “When people come to cross this line at the border of your land, take your bows and arrows, your lances and your war clubs and give them battle, and keep them out. If they gain a footing here, trouble for you will follow.” 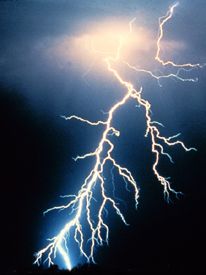 About the Author: Blackfoot Indians Stories was published by George Bird Grinnell in 1913 and is now in the public domain. George Bird Grinnell studied at Yale with an intense desire to be a naturalist. He talked his way onto a fossil collecting expedition in 1870 and then served as the naturalist on Custer’s expedition to the Black Hills in 1874. Grinnell was interested in what he could learn from the Indian tribes of the region, and early on, was well known for his ability to get along with Indian elders. The Pawnee called him White Wolf, and eventually adopted him into the tribe. Grinnell was also editor of Forest and Stream, the leading natural history magazine in North America, the founder of the Audubon Society and the Boone and Crockett Club, and an advisor to Theodore Roosevelt. Glacier National Park came about largely through his efforts. Grinnell also spent significant time working for fair and reasonable treaties with Native American tribes, and for the preservation of America’s wildlands and resources.