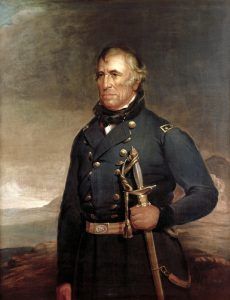 Fort Floyd – A U.S. Army post established in 1838 during the Second Seminole War by Colonel Zachary Taylor in Okeechobee County, Florida. It was possibly named for General Charles R. Floyd who commanded the Georgia Volunteers in south Florida. It was abandoned later in 1838. The post was also known as Fort Lloyd and Camp Lloyd.

Fort Maitland – A U.S. Army Post built during the Second Seminole War in present-day Maitland, Florida. The post was built as a supply depot in November 1838 by Lieutenant Colonel Alexander C. W. Fanning on the military road connecting Fort Mellon with Fort Gatlin. Located on the western shore of Lake Maitland, the fort was named for Captain W. S. Maitland, who was injured during the Battle of Wahoo Swamp in November 1836 and later killed himself after nine months of trying to recover from his injuries. It was abandoned in 1842.

Fort Mason – During the Second Seminole War, troops under the command of Brigadier General Abraham Eustis left Volusia County headed toward the Withlacoochee River as part of military action in response to the December 1835 Dade Massacre. In March 1836 the troops encamped while a bridge was constructed over the Ocklawaha River. They built a fortified stockade about one mile south of the bridge, on the east side of Smith Lake. It was named Fort Mason, most likely to honor Lieutenant Colonel Pierce Mason Butler who led the expedition and after whom Fort Butler, near Astor, was also named. After hostilities ended, Fort Mason became a supply base to support and encourage settlement in the area, which would later become Lake County. With the coming of the railroad in the 1880s, a town on the north shore of Lake Eustis took its name from Fort Mason. 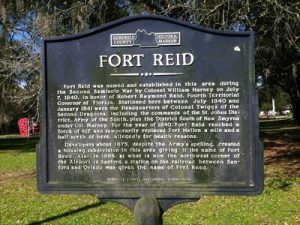 Fort Reid – Fort Reid was named and established in this area during the Second Seminole War by Colonel William Harney on July 7, 1840, in honor of Robert Raymond Reid, Fourth Territorial Governor of Florida. Stationed here between July 1840 and January 1841 were the Headquarters of Colonel Twiggs of the Second Dragoons, including the commands of the St. Johns District, Army of the South, plus the District South of New Smyrna under Colonel Harney. In 1840, Fort Reid reached a force of 417 and temporarily replaced Fort Mellon a mile and a half north, allegedly for health reasons. It was abandoned in 1842 and was occupied on and off by area settlers until it was re-garrisoned briefly in November 1849. It was abandoned for the final time the next month. The site is designated with a historic marker in Speer Grove Park in Sanford, Florida.

Fort San Bernardo – This post was built by Don Bernardo de Galvez, the Governor of Spanish Louisiana. From this post, the Spanish bombarded the English-held Fort George on April 27, 1781, which surrendered on May 9, 1781. Afterward, 15,000 Spanish soldiers initially occupied the fort and later, 1,500-2,000 soldiers were regularly stationed there. As a result of this battle, all of Florida from the Apalachicola River to the Mississippi River passed from Britain to Spain. A historical marker designates the site in Pensacola, Florida at the intersection of North Spring Street and West Brainerd Street. 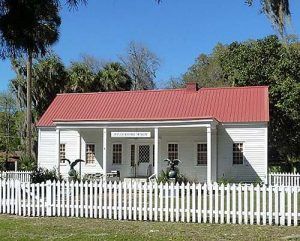 Fort Shannon – Established in May 1838, this fort was one of the major quartermaster depots in Florida during the Second Seminole War. It operated under General William J. Worth until he assumed command of the armies in Florida. Military facilities included a hospital, barracks, blockhouses, and stables for more than 400 horses. During the fort’s existence, the town of Palatka was military in appearance and under military control. The fort was abandoned by the U.S. Army in August 1843 after the Seminole had left the area. Afterward, the fort was privately owned and during the Civil War, the officers’ quarters were used as military barracks by Union troops during their occupations of Palatka. Today that building had been moved and still stands at 110 Madison Street in Palatka, Florida and is operated as the Putnam Historic Museum.

Fort Taylor – One in a series of four small, short-lived forts built along the Saint Johns River during the Seminole Wars. These forts were used to garrison troops and protect supplies during War. This post should not be confused with Fort Zachary Taylor, built in Key West, Florida, approximately 280 miles to the Southwest of this Fort Taylor’s location. The future President was a Colonel during the Second Seminole War and served in the Florida campaigns at the same time this fort was in active operation.

Roberts, Robert B., Encyclopedia of Historic Forts: The Military, Pioneer, and Trading Posts of the United States, Macmillan, New York, 1988