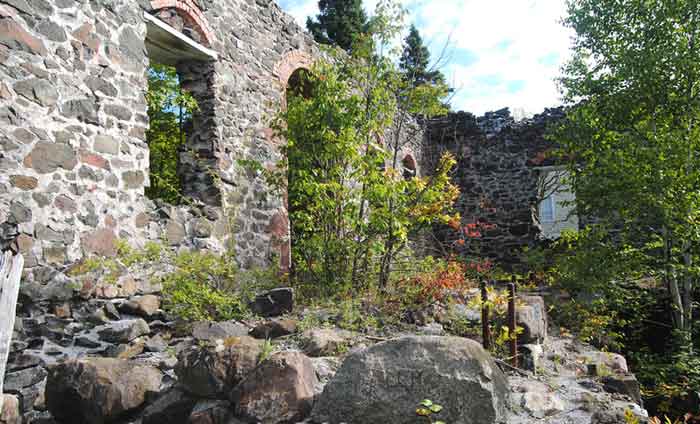 Ruins near shaft #2 at Central, Michigan, by Kathy Alexander.

One of the best stops for mining ghost towns in Keweenaw County, Michigan, is the Central Mine, also known simply as Central. Once home to over 1,200 residents, it is the site of one of the county’s most successful mines and today stands as a historic district with several original buildings and mining ruins.

In 1854, Central Mining Company purchased over 300 acres of land from Northwestern Mining Company of Detroit, which had been operating in the Eagle Harbor area of the Keweenaw Peninsula. An ancient Native American mining pit had been discovered on the land, and it was well known that many of these ancient mines led to rich veins of copper.

The Central Mine fissure was discovered in the summer of 1855 after a shaft was sunk along the side of the pit. The discovery was of rock rich in metal and large masses of almost pure native copper. Over 40 tons of pure mass copper was removed in the first 40 feet. The mine produced over 83 thousand pounds of copper that year and was the only mine in the history of Michigan Copper Country to show a profit in the first year of operation. 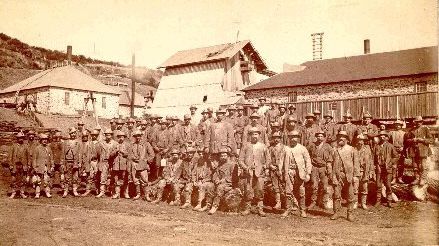 Miners at Central Mine Michigan. Photo courtesy of The Copper Range Railroad

Early on, the workers of the mine, mostly immigrants from the England peninsula of Cornwall known as “Cousin Jacks,” lived away from the operation at another mining camp. However, by 1856, homes were being built, and the town of Central began taking shape. Three years later, the Central Mining Company employed almost 100 men and had four shafts. That number jumped to 268 by 1867 as the town and mine continued to grow.  The population of Central had grown to 950 in 1870, despite the harsh conditions on what was now known as Copper Island.

And harsh it was. The winters on the Peninsula are brutal, and each year the miners and their families found themselves cut off from supplies shipped from the lower Great Lakes region. Residents would pour sawdust in the windows as they boarded them up to keep the cold at bay, and as soon as Lake Superior iced over, no more food and supplies would arrive until Spring.  More hardship would come in 1860 when the wharf at nearby Eagle Harbor burned in November, destroying their winter supplies. To make matters worse, replacement supplies had to be thrown from a ship caught in a storm to keep it from sinking.

Alfred Nicholls, a former miner and later teacher and principal of the Central School, would go on to write about life in Central, describing the typical home as “generally very neat and modest,” with the only luxury being a wood rocking chair with a chicken feather stuffed cushion, usually reserved for company. Nicholls described the town’s social activities as being “few and unpretentious; invariably arranged among themselves and for themselves.”  He also wrote, “Life there was easy, natural, and uneventful.” 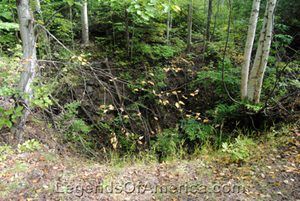 Central Mine Shaft No. 2 was the scene of the tragedy on April 22, 1872. The shaft was over 3,100 feet deep at the time of the accident, which involved a skip car whose cable broke during descent, killing several miners.

That hadn’t always been the case, though, as, on April 22, 1872, tragedy would strike Central Mine when a cable broke while 13 men were riding a skip car down the number 2 shaft. Ten of them were killed, a devastating event for the small community. Today there is a memorial and marker noting the loss, and the event would be memorialized in newspapers through a poem published shortly after entitled “Sad News from Central Mine,” which read in part:

‘Twas ten o’clock on an April night,
When a change of men took place,
And thirteen miners in the skip— “all right;”
Down the shaft were lowered apace.

Ten men were on the top of the skip
And three seem’d sage within,
When the wire-rope broke with a sudden snap,
And it fell with an awful din. 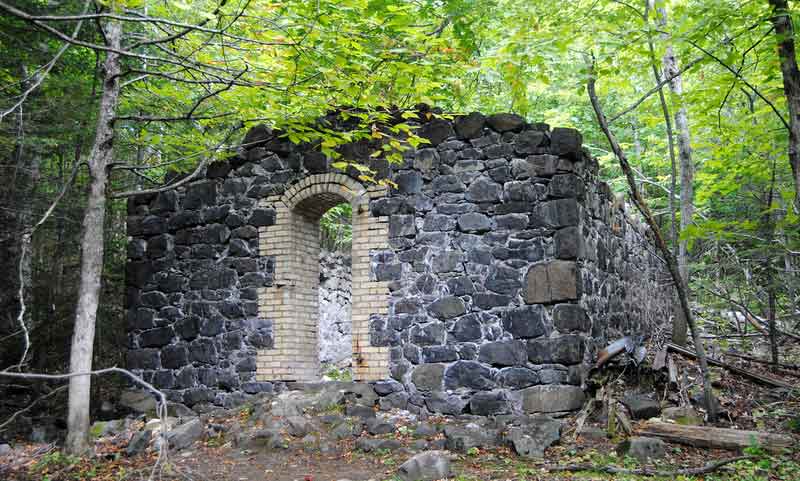 During its peak in the mid-1880s, the town of Central had around 1,200 residents. The Central School had over 350 students, and the town sported several blacksmiths, a hotel, a general store, boarding houses, a meat market, a shoemaker, a tailor, and more. However, like all mining, the population would fluctuate with the price of copper, as the Central Mining company would open and close the operation.

Central Mine was the most productive of all the fissure deposit mines, producing nearly 52 million pounds of copper before playing out. After 44 years of operation, the Central Mining Company closed the operation on July 29, 1898, and the town of Central became a ghost town. In 1907, former residents began holding annual reunions with the town’s decedents.

Now primarily owned by the Keweenaw County Historical Society, Central features 13 houses and a church, along with mining ruins that visitors are welcome to tour, complete with a visitor’s information center with audio displays and maps. During our visit in September of 2014, this historic site was free of charge and well worth the time spent looking at life in a Michigan Copper mining town.

To reach the Central Mine, travel five miles northeast of Phoenix, Michigan, just north of the intersection of US 41 and the Central-Gratiot Lake Road. The visitors center and homes are open from mid-June to early October. 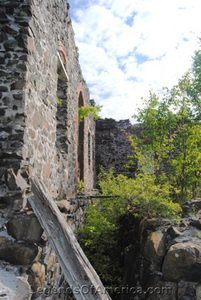 Ruins near Shaft No. 2, Central Mine, Michigan. Photo by Dave Alexander.