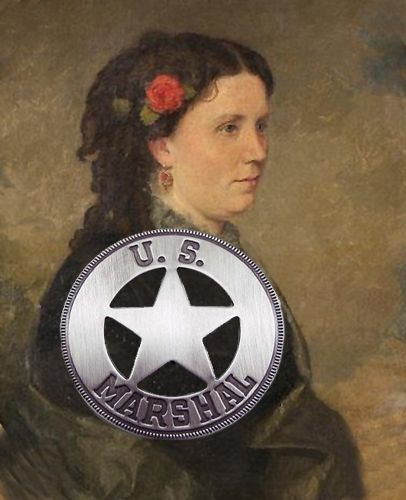 In the late 19th century, Indian Territory (Oklahoma) was considered the most violent of the American territories, as it served as home to hundreds of outlaws from around the country. Accused of murder, rape, robbery, arson, adultery, bribery, and numerous other crimes, outlaws initially found a safe haven in Indian Territory, which was without law enforcement except for the Indian Nations’ police forces, who had no jurisdiction over the many criminals who had taken flight from other states.

That would change, however, when Judge Isaac Parker was appointed to the Western Judicial District of Arkansas, which included Indian Territory. Eventually, Parker would command about 200 deputy marshals to “clean up” the lawless territory, but that would take years as the deputies struggled to cover some 74,000 square miles in their search for hundreds of wanted fugitives.

The occupation of a U.S. Deputy Marshal courted constant danger, so much so that between 1872 and 1896, over 100 deputies died enforcing the law throughout the territory.

One of these brave women was F.M. Miller, appointed as a U.S. Deputy Marshal out of the federal court at Paris, Texas, in 1891. When she was commissioned, she was the only female deputy known to work in Indian Territory. History makes several mentions of her serving as a guard at the federal jail at Guthrie, Oklahoma, under fellow U.S. Deputy Marshall Ben Campbell. She was also known to have accompanied Campbell on all his trips.

During her tenure, she was mentioned in several newspaper articles, including the Fort Smith Elevator on November 6, 1891, that described her as: “a dashing brunette of charming manners.” The article continued by stating:

“The woman carries a pistol buckled around her and has a Winchester strapped to her saddle. She is an expert shot and a superb horsewoman and brave to the verge of recklessness. It is said that she aspires to win a name equal to that of Belle Starr, differing from her by exerting herself to run down criminals and in the enforcement of the law.”

Another article appeared a couple of weeks later in the Muskogee Phoenix on November 19, 1891, which said that she had the reputation of being a fearless and efficient officer and had locked up more than a few offenders. The article continued:

“Miss Miller is a young woman of prepossessing appearance, wears a cowboy hat, and is always adorned with a pistol belt full of cartridges and a dangerous-looking Colt pistol which she knows how to use. She has been in Muskogee for a few days, having come here with Deputy Marshal Cantrel, a guard with some prisoners brought from Talihina. Regarding Miss. Miller’s unique position as Deputy U.S. Marshal, another newspaper commented, “Hopefully in the future, there will be more information on this colorful peace officer.”

Another woman in Indian Territory who showed bravery and skill in her position as a U.S. Deputy Marshal was a young woman named Ada Curnutt. The daughter of a Methodist minister, Ada Curnutt, moved to the Oklahoma Territory with her sister and brother-in-law shortly after it opened for settlers. The 20-year-old soon found work as the Clerk of the District Court in Norman, Oklahoma, and as a Deputy Marshal to U.S. Marshal William Grimes.

Her most famous arrest occurred in March 1893 when she received a telegram from Grimes instructing her to send a deputy to Oklahoma City to bring in two notorious outlaws named Reagan and Dolezal, who were wanted for forgery. However, all the other deputies were out in the field, so Curnutt took responsibility. She quickly boarded a train for Oklahoma City and, upon her arrival, asked around for information on the fugitives. She soon discovered that the two men were in a saloon and quickly made her way there. Upon her arrival, she asked a man on the street to go in and tell them that a lady needed to see them outside.

Ada read the warrants when the two emerged and stated that they were under arrest. Heavily armed, the two men laughed at the young woman and, thinking it was a joke, allowed her to place handcuffs over their wrists. When the captives began to realize the joke was on them, Curnutt announced to the crowd gathered around them that she was prepared to deputize every man to aide her if needed. However, it was not necessary, and she escorted them to the train station and telegraphed the marshal’s office in Guthrie that she was bringing them in. She was 24 years old at the time. The two forgers were soon tried and convicted.

“Like all deputies of her era, she had to be extremely tough and ready to face a wide range of situations,” the U.S. Marshals Service wrote of Curnutt.

U.S. Marshal Canada H. Thompson, who served from 1897 to 1902 as the marshal of Oklahoma Territory, also had two female deputy marshals. Though they most often worked in the office, they also did fieldwork, including serving writs and warrants and making arrests. These two women were S.M. Burche and Mamie Fossett. 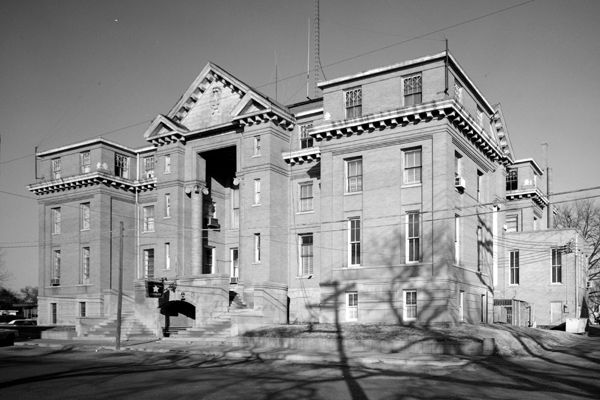 One newspaper described the women in 1898:

It is not infrequent these days for an officer of the law to name a woman as a deputy. But she is nearly always what is known as an office deputy. She performs mere clerical duties and never takes to the field. But Oklahoma has set the pace. United States Marshal C. H. Thompson, of Guthrie, has appointed two women as deputies for fieldwork.

That a woman should choose the vocation of professional thief-taker in the most civilized portion of the land would be strange enough. It is infinitely more so when she chooses field duty on the worst territory in the Union. Criminals in Oklahoma and in Indian Territory, the district where these two girls – for they are maidens – must operate, are of the most desperate and dangerous class. More lives are lost among Federal officers in a year than in all the rest of the nation together. So it would seem that these girls possess metal of exceptional kind to willingly undertake such duties.

The young women are Miss S. M. Burche and Miss Mamie Fossett. They are of that adventurous class of females who invaded the newly opened territory in search of homesteads. They are young, fairly good-looking, well-educated, fearless, and independent. Their duties are by no means confined to keeping Marshal Thompson’s books. When they took the oath of office and assumed their duties it was with distinct understanding that they would serve the Government just as would any other deputy marshal. They were to take the field, serve writs and warrants and make arrests just as any rude man might be called on to do. And they have been doing this with exceptional success.

Miss S. M. Burche and Miss Mamie Fossett are the first women to do active fieldwork as United States deputy marshals. They are young, good-looking, educated, and full of the Wild West spirit; that is, they are fearless, adventurous, energetic, and self-reliant. They were appointed by United States Marshal C. H. Thompson with the understanding that they should not be merely “office” deputies, but should serve writs and make arrests If need be. Their conduct has fully warranted the trust imposed upon them.

Their first work was done in connection with an Indian Territory murder case. They were ordered to go to the country of the Sacs and Foxes and to bring in some unruly witnesses—an extremely difficult and dangerous task. They had the writs, with the names and addresses of the men wanted. They are brave as any man, and expert with rifle or pistol. They travel together, and can put up a good fight If it comes to that. Few men would undertake to disturb them. None would make much of a success. They are splendid riders, inured to fatigue and exposure, and prefer active outdoor life to that usually supposed to attract the feminine intellect.

In order to accomplish their mission they were forced to travel through one of the worst districts on earth. Many a deputy has gone down before the fire of some desperado in those wilds. Many a hot, running fight of miles has left a trail of blood on the sandy hills and broken vales.

They suffered all the privations incident to their vocation, but the bill of expenses was the last thing they thought of. They shot game and did their own cooking while away. They kept down expenses by this and other means, and had a good time of it while on their trip. Their entire trip was five days’ camping. They did not go to houses, if they had the opportunity to do so, for the habitations scattered in that region are not very desirable at best.

They got the witnesses and have just returned from the trip, and see no reason why they should be credited with having done anything unusual. They say they are ready to go after any man wanted for any kind of crime. Everybody who knows them corroborates this declaration.

Though these brave ladies were not the only ones who served as early deputy marshals, they are remembered and recognized for their tenacity and courage in what was then very much a “Man’s World” in extremely dangerous territory.