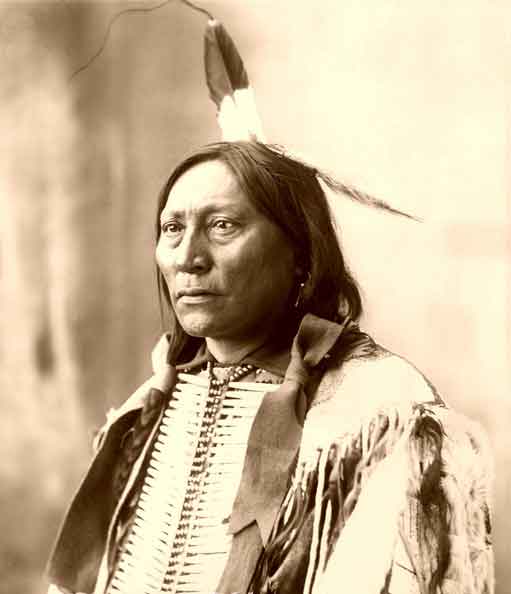 Hollow Horn Bear was a Brule Lakota leader who fought in many of the battles of the Sioux Wars, including the Battle of Little Big Horn.

Known as Matihehlogego to his people, he was born in Sheridan County, Nebraska in March 1850. When he was just 16 years old, he accompanied a band led by his father against Pawnee Indians who they fought on the present site of Genoa, Nebraska. Two years later, in 1868, he joined a band of Brulé in an attack on United States troops in Wyoming, and later in another battle near the Crow Agency in Montana. The following year he participated in a raid on railroad workers who were constructing the Union Pacific Railroad.

Later, he became the captain of the police force at the Rosebud Agency in South Dakota. During his tenure, he arrested his predecessor, Crow Dog, for the murder of Spotted Tail. Five years later he resigned and was appointed as a second lieutenant under Agent Spencer, but was compelled to resign on account of ill health.

He also became a key speaker and negotiator for the Sioux, making multiple trips to Washington, D.C. to advocate on their behalf. When General George Crook was sent with a commission to Rosebud in 1889, the chief was involved in peace negotiations.

In 1905, Hollow Horn Bear was invited to take part in the presidential inauguration of Theodore Roosevelt at Washington D.C. In 1913, he led a group of Indians to the inauguration parade of President Woodrow Wilson. While he was there he caught pneumonia and died on March 15, 1913. 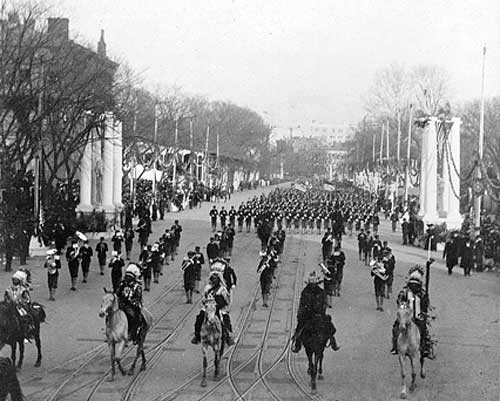 A funeral service was held in Washington, D.C., and newspapers reported several hundred people in attendance.

Chiefs of the Blackfoot, Crow, and Sioux Indians, resplendent in feathers and colors, followed the body to the altar with heads bowed in grief. Kneeling in the front pews of the dimly-lit church, the red men paid their last homage to the dead chief. The funeral attracted a great crowd. — Sacred Heart Review

Afterward, his body was shipped back west by railroad under military escort. It was returned and buried at the Rosebud Reservation, at the St. Francis Mission.