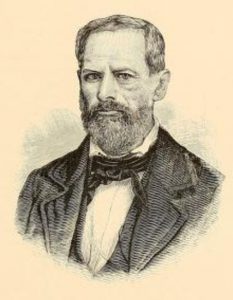 Francis Ziba Branch was a sailor, trapper, and trader who worked across the United States.

Branch was born on July 24, 1802, in Scipio, New York. Both of his grandfathers were veterans of the American Revolution. Unfortunately, his father died when he was very young, and without his income, their children grew up with various relatives. Francis left his relatives at the age of 18 and went to Buffalo, New York to find work. He was soon working as a sailor on the Great Lakes.

In 1830, he was in St. Louis, Missouri where he joined a caravan headed for Santa Fe, New Mexico. That same year, he joined William Wolfskill on a trapping expedition to California. Along the way, the group was instrumental in opening what became known as the Old Spanish Trail from New Mexico to California. However, the trapping expedition was unsuccessful and the group had much difficulty with heavy snows, short supplies, and hostile Indians. After arriving in California in February 1831, the party disbanded.

Branch remained in California and spent years hunting sea otters, the first of which commanded a high price. He also invested in a grocery store in Santa Barabara.

He married Maria Dominga Manuela Carlon in about 1835, in Santa Barbara, California and the couple would eventually have 12 children. In 1837, Governor Juan Bautista Alvarado granted Francis and his wife Maria the 16,955-acre Rancho Santa Manuela Mexican land grant in present-day San Luis Obispo County, California. In the next years, he and his wife were granted land in the San Luis Obispo area. Later, he received another grant and purchased more land until was one of the largest landholders in the county with 37,000 acres. Highly successful as a rancher, at one time he had as many as 20,000 head of cattle and hundreds of horses. 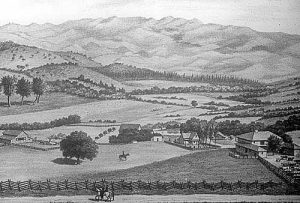 He was also a successful businessman, was involved in local and County politics, and allowed the use of a ranch house for a schoolhouse.

Francis Branch died of bronchitis at his home on May 8, 1874, at the age of 71. He was buried in San Luis Obispo, California, and left his large family with a considerable estate. The Branch family lived on the land until 1879 when much of Rancho Santa Manuela was sold to Philip Biddle and his son John Biddle. In the next years, the ranch was broken up and became the site of Arroyo Grande, California.