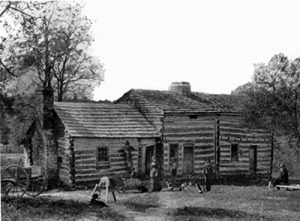 In the beginning, it included only a log cabin for his family; however, when the War of 1812 erupted, he enlarged the home with two wings, added portholes to the walls, and enclosed it within a stockade fence. It soon became a gathering place for area settlers during Indian uprisings. Zumwalt sold his property in 1817, and in 1837, it sold again to Major Nathan Heald who built a large home in 1884.

Today the site is the Fort Zumwalt Park. Amazingly, a stone chimney with two fireplaces of the original Zumwalt home continues to stand. In 2015 a reconstructed fort opened for the public to enjoy. The park also includes the historic Darius Heald home, which has been restored.