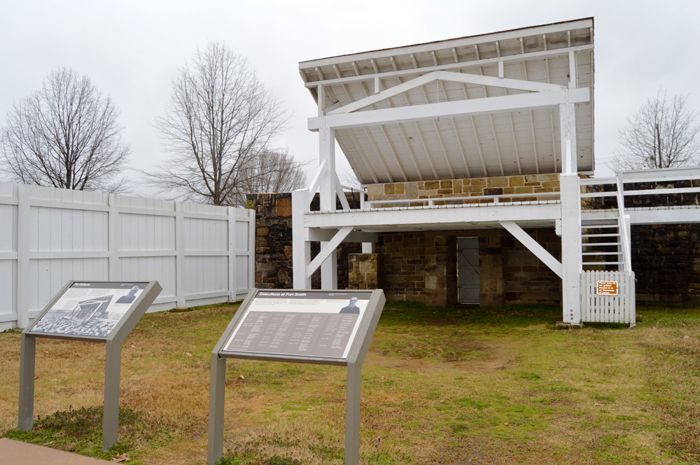 Fannie Echols was the first woman convicted of a capital crime in the Federal Court for the Western District of Arkansas and was sentenced to hang at Fort Smith. In the long list of people sentenced to death by Judge Isaac Parker between 1875 and 1896, there were only four women and none ever made the final ascent to the gallows scaffold.

Fannie Echols was a young, unmarried black woman, about 25 years-old, who had been living with a man named John Williams at Eufaula, Oklahoma in the Creek Nation. The two apparently had a stormy relationship and were known to have quarreled often. On July 20, 1883, two other residents living in the same building as Fannie reported an argument between the couple early in the evening and at one point he threatened her saying: “you damn b**ch, I’ll kill you.”

A few hours later, a pistol shot was heard from Fannie’s room. The witnesses who rushed in found Williams lying on a pallet shot in the stomach with the bullet being imbedded in the floor. It appeared that he had either been killed as he slept or while he was lying on his back.

However, Fannie maintained that she had shot in self-defense. She claimed that another man had entered the room and hung a pistol on the bedpost and said that Williams, who was the jealous type, became angry and threatened to kill her with the weapon. Once the other man left both Fannie and Williams made a dash for the gun and a scuffle followed. According to Fannie, she grabbed the pistol and shot Williams as he attempted to wrest the revolver from her and said that she feared he was about to overpower her and secure the weapon. 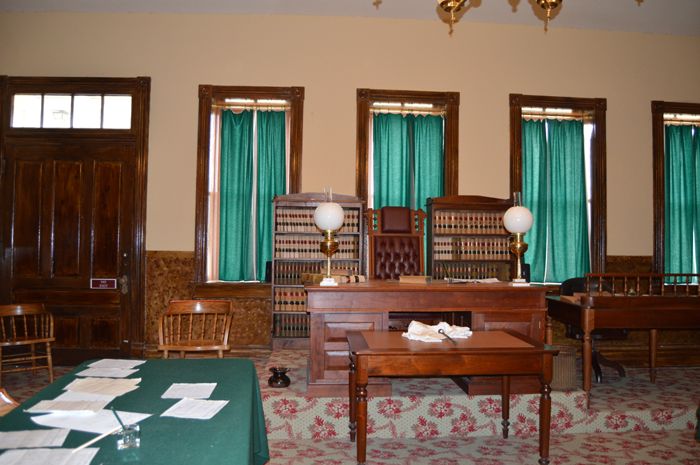 But, this story did not explain the bullet being found in the floor and underneath the dead body. Fannie was arrested and transported to the women’s jail, which was the old military guardhouse, at Fort Smith. Her trial was set for December 1883 and on Tuesday evening, December 18, the jury returned a verdict of guilty.

“She had been, a long time previous to the killing, unlawfully cohabiting with her victim and disturbances between them seem to have been frequent occurrences. The last row terminated in the death of John at the hands of Fanny, and may yet result in the breaking of her neck.” — Elevator newspaper, December 21, 1883

On April 28, 1884, Judge Parker sentenced her to hang, at which time Fannie was taken from the courtroom crying.

The execution was scheduled to take place on July 11, 1884. Twelve days prior to her scheduled execution, Fannie was baptized in the river by the minister of the black Baptist church in Fort Smith.

In the meantime, conflicting accounts cast doubt on the circumstances of the crime. Prosecutor William H.H. Clayton listened as over 3,000 residents of Fort Smith and the Creek Nation, including the jury that convicted her, signed a petition requesting executive clemency. Clayton concluded that although her claims of self-defense were “probably untrue,” the threat Williams made on the night of the crime created “enough doubt” to justify sparing her life and Judge Parker agreed.

On July 2 the Attorney General notified U.S. Marshal Thomas Boles that President Chester Arthur authorized the commutation of Fannie’s death sentence to life imprisonment at the Detroit House of Corrections in Michigan, where Fannie lived out her days. 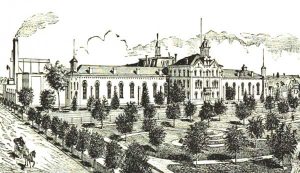 House of Corrections in Detroit, Michigan 1884.