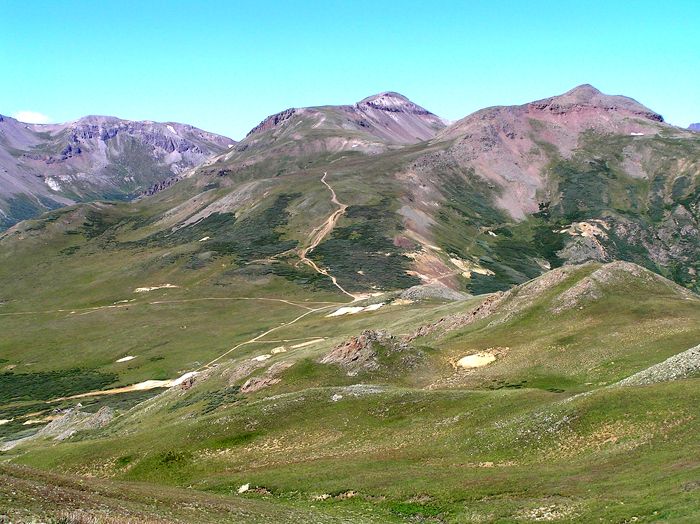 Sitting at an elevation of more than 12,000 feet near the top of the Continental Divide, Carson was one of the most inaccessible mining camps in Colorado. The old mining town is located about 16 miles southwest of Lake City, on a side spur south of the Alpine Loop Backcountry Byway. A sign that reads “Wager Gulch/Carson” marks the turnoff.

The rough road up Wager Gulch that requires a high-clearance 4-wheel drive vehicle, leads to the remnants of two old mining camps – Carson and Old Carson.

John Christopher Carson first discovered promising float samples along the Continental Divide in 1876 but didn’t immediately act upon them. Instead, he made his way to Leadville to look for promising claims. However, he returned in 1881 and made several claims on both sides of the Continental Divide, including what would become the Bonanza King Mine. 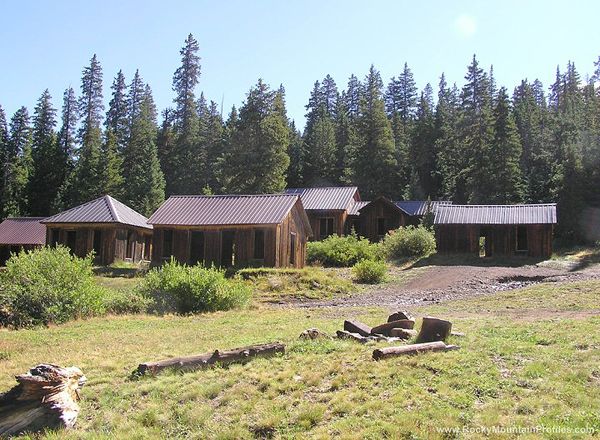 With the arrival of other prospectors, the Carson Mining District was organized, and in 1882, a camp was started that was alternately known as Carson Camp, Carson City, and simply Carson. That year, more than 150 claims were staked and more than a dozen prosperous mines were established, including the Bachelor, Chandler, St. Jacob, Kit Carson, George III, Maid of Carson, and St. Lawrence. While silver was the principal target, the ore also yielded gold, lead, copper, lead, iron, and zinc. St. Jacob alone produced more than $1 million in ore over its lifetime. Sometimes, the camp was called Bachelor Cabins because many of the miners worked in the Bachelor Mine.

“The town sat directly on the continental divide, with water falling on one side of town heading toward the Lake Fork of the Pacific drainage, and water on the other side of town flowing into the Lost Trail Creek, of the Rio Grande system, headed toward the Atlantic Basin. With such a snow-bound location, the town didn’t last long.”

By 1883 part of the town was growing lower down in Wager Gulch at an altitude of 11,580 feet, just below timberline where the trees offered some protection from the weather. This became the second site of Carson. 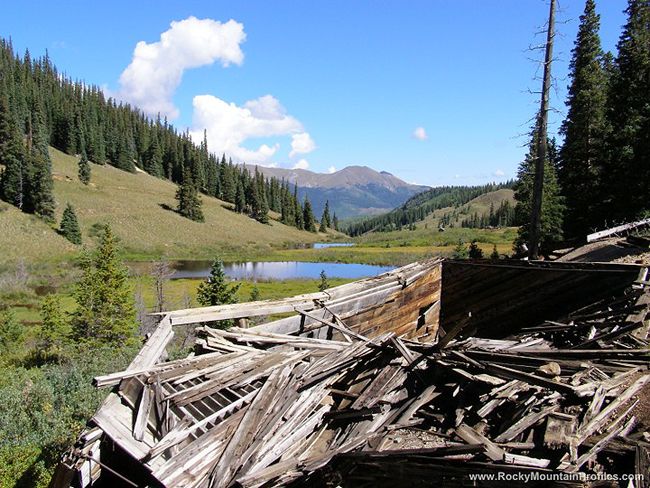 In this early period, there was no decent road into Carson. Its remote location and extremely harsh winters hindered the development of the mines, and in 1887 work crews finally built a road that was best suited to pack trains. Wintertime transport of ore was often made by toboggans. A post office was established in September 1889 and the mail was delivered from Lake City.

During Carson’s heydays from the 1880s to the early 1900s, it rarely had more than 50 people, and usually had just around 20 people living there.

The economic Panic of 1893 temporarily slowed the development of the Carson mines. However, rich deposits of gold were discovered in 1896, and mining began again in earnest. The Carson District reached its peak during the early 1900s when 400-500 miners worked the mountaintop. But, it was short-lived. This was probably due to a loss of working capital, since Carson’s biggest operator, Colonel C. F. Meek, sold out in 1902. That same year, a Gunnison newspaper reported that Carson was practically deserted, and the post office closed the next year. By 1910 there were only 20 people in the towns

Today, Carson contains a number of buildings, preserved by the cold and the fortunate fact that it is not subject to snow slides. Old Carson is located farther up the road, on the Pacific side of the Continental Divide.  Here, there only fallen logs marking where a building once stood; however, there are excellent views of the Weminuche Wilderness Area and the Rio Grande Pyramid.

Both old mining towns are on private property and the owners allow visitors as long as the property is respected.

The road to these two mining camps can be difficult. It is one of the highest mountain roads in Colorado and is narrow and steep in places, with several tight switchbacks. The surface of the rough road is gravel and bumpy with embedded rocks and there may be stream crossings up to 12 inches deep. For these reasons, this trip is not recommended for novice 4-wheel drivers. The road is also open to Off-Highway Vehicles (OHV’s), motorcycles, hikers, and bicyclists.

To access the site, travel south from Lake City on CO-149 S/Gunnison Ave for 2.5 miles and turn right onto Co Rd 30, travel about nine miles west to County Rd 36, and five miles south to Carson. 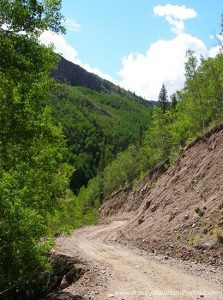