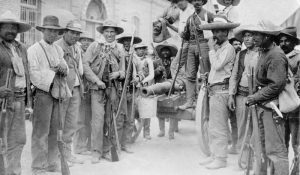 It was one of the last forts built in the continental territory and is the only remaining border fort out of several constructed during the Mexican Revolution.

Soldiers were first stationed at the camp in November 1910. They remained in the community due to continued fighting across the border, including the Battle of Naco in 1913 and the later Siege of Naco in 1915 in Sonora, Mexico.

After Pancho Villa attacked Columbus, New Mexico, in 1916, Naco, Arizona was a staging area for American troops protecting the border. Fort Huachuca assigned African American Buffalo Soldier units to its Naco Cantonment from 1911 to 1924. Their duties focused on patrolling the border and protecting U.S. citizens who came to Naco to watch Mexican Revolution battles raging across the line. 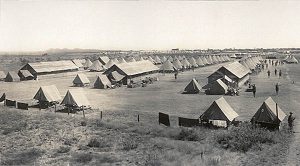 Several military posts along the U.S./Mexico border provided a show of force to deter rebel activity on American soil.

Camp Naco was established in 1917 as part of the Mexican Border Project. Two years later, in 1919, an official fort began to be constructed. Building continued until 1922, as part of the United States War Department’s Border Defense Construction. It was the only post constructed of adobe as part of the border defense and is the only site in Arizona still standing today.

The camp was home to members of the 9th and 10th Cavalry and the 25th Infantry of the U.S. Army. It was also the headquarters of the 1st Infantry Regiment of the Arizona National Guard. Many troops encamped at the facility, included units of the renowned Buffalo Soldiers.

The troop strength varied from 50 to 5000 soldiers. When the threat of the Mexican Revolution was over, the camp was closed in 1923. In 1935 it was reoccupied by the Civilian Conservation Corps who stayed until 1937.

Over the years, the adobe and wooden buildings deteriorated and suffered vandalism, erosion, and arson.

Beginning in 1990, the site passed through various hands and in 2018 was acquired by the city of Bisbee, Arizona.

Some of the buildings have been partially restored due to the efforts of the nonprofit group Friends of Camp Naco. The site is listed on the National Register of Historic Places. 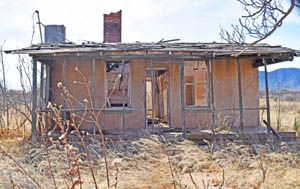 One of the officer-quarters buildings today by Kathy Alexander.

Due to vandalism, the buildings are behind a chain-link fence, but they can still be seen from the road. 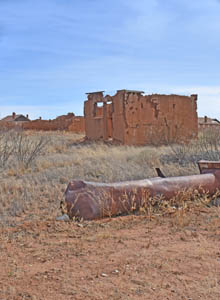