You visit the Arkansas State Fair mainly to see your neighbor’s prize chicken.

You’ve been invited to or had a bunkin’ party.

You carry jumper cables in your car.

You think that recycling means riding your bike down the same old path. 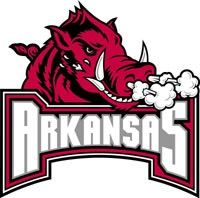 Your school classes were canceled because of cold, heat, a tornado, hunting, or a livestock show.

Your idea of a traffic jam is ten cars waitin’ to pass a tractor on the highway.

You have no problem spelling or pronouncin’ Ouachita or Possum Grape.

You’ve seen all the biggest bands…ten years after their last hit.

Your idea of a really great tenderloin is when the meat is twice as big as the bun and comes with cole slaw on top.

You say “catty-wampus” and “tumped over.”

You eat at Senor Tequilas for atmosphere and Lolita’s Tex-Mex for salsa.

You say, “I voted for Clinton to get him out of the state.”

You measure distance in minutes.

You know the difference between a deer dog, a duck dog, and a coon dog by the way they bark.

You know a bunch of people who have hit a deer.

You or your neighbors have more hunting dogs than you have family members.

Goin’ on “vacation” means headin’ through Harrison on the way to Branson.

You know a few that have also hit a coyote.

You know what a “cow drop” is.

You have your own secret bbq sauce.

You put security lights on your house and your garage and leave both of them unlocked.

You’ve seen the Boggy Creek Monster, or it has at least taken your chickens, cattle, dogs or livestock.

Pulaski County is considered a foreign or exotic place.

You know what Toad Suck and Booger Holler are.

You know how to snipe hunt.

You faithfully drink Pepsi, Mt. Dew, or Dr. Pepper every day of your life.

When asked how your trip to any foreign, exotic place was you say, “It was different.”

Stores don’t have bags or carts…they have sacks and buggies.

You think orange barrels are really part of the interstate system.

Your traditional Thanksgiving dinner is a deep-fried turkey.

You see “No Hunting” signs are riddled with bullet holes.

You’ve ridden the school bus for an hour…each way.

You think “Animal House” is the training film for incoming athletes at the University of Arkansas.

Everyone you think of as a “liberal” is either Methodist or Catholic.

You’ve “offered” someone an “ass-whoopin’.”

You end your sentences with a preposition, for example, “Where’s my coat at?”…. “What’s that made out of?”

The three food groups are Velveeta, pork rinds and a six-pack.

All the festivals around the state are named after a fruit, vegetable, bricks, or lumber.

When you give directions they include “over yonder,” “down the road a piece,” and “right near.”

You drink sweet iced tea out of a sports bottle.

You think ethanol makes your truck run a lot better.

You’re not commitment-phobic: you love God, guns, and football.

You’d rather have a Budweiser beer museum than a presidential library.

Priming was your first job…and you know what it means.

You think pinto beans are nekkid without hamhocks, cornbread, and buttermilk.

When the forecast calls for an inch of snow, you run out with all the other crazies to stand in line for three hours to buy a month’s worth of groceries.

Sweet milk and torn up biscuits in a glass is your favorite dessert.

You see a car running in the parking lot at the store with no one in it no matter what time of the year.

You think bagels are nothing but a cruel doughnut joke invented by some Yankee!

You own three cars and one license plate.

You actually get these jokes and pass them on to other friends from Arkansas.