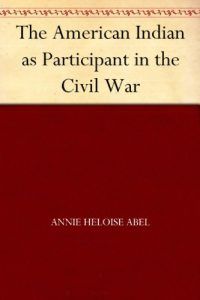 Annie Heloise Abel was a historian and professor renowned for her studies of Native Americans.

Abel was born at Fernhurst, Sussex, England on February 18, 1873, the third of seven children of George and Amelia Anne Hogban Abel. She immigrated to the United States in 1885 and her family settled at Salina, Kansas. She graduated from Salina High School in 1893 and taught for two years before entering the University of Kansas. There she obtained her master’s degree in history in 1900 before studying at Cornell University in New York and later receiving a doctorate degree from Yale in Connecticut. She then became a history professor at various colleges and began to author a number of works on Native Americans, particularly in relation to their participation and experiences during the Civil War period and of the slave-holding Indians. She also studied British policy towards natives throughout the British Empire, not just in the new world.

In 1921, she married an Australian named George Cockburn Henderson and briefly became Annie Heloise Abel-Henderson. However, the marriage was brief and she returned to the United States, settling in Aberdeen, Washington. Abel continued to write and during her day, became an acknowledged expert on her studies of Native Americans. She died of cancer on March 14, 1947, and was buried at Montesano, Washington.