In May following they met again. John Estaugh, in company with numerous other Friends, stopped at her house to lodge while on their way to the quarterly meeting at Salem. The next day a cavalcade started from her hospitable door on horseback, for that was before the days of wagons in Jersey.

John Estaugh, always kindly in his impulses, busied himself with helping a lame and very ugly old woman, and left his hostess to mount her horse as she could. Most young women would have felt slighted; but in Elizabeth’s noble soul the quiet, deep tide of feeling rippled with an inward joy. “He is always kindest to the poor and neglected,” thought she; “verily he is a good youth.”

She was leaning over the side of her horse, to adjust the buckle of the girth, when he came up on horseback and enquired if anything was out of order. She thanked him, with slight confusion of manner, and a voiceless calm than her usual utterance. He assisted her to mount, and they trotted along leisurely behind the procession of guests, speaking of the soil and climate of this new country, and how wonderfully the Lord had here provided a home for his chosen people. Presently the girth began to slip, and the saddle turned so much on one side that Elizabeth was obliged to dismount. It took some time to readjust the girth, and when they again started, the company were out of sight. There was brighter color than usual in the maiden’s cheeks, and unwonted radiance in her mild, deep eyes. 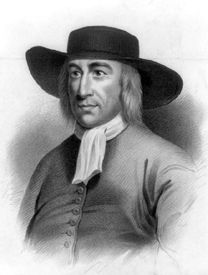 After a short silence, she said, in a voice slightly tremulous, “Friend John, I have a subject of importance on my mind, and one which nearly interests thee. I am strongly impressed that the Lord has sent thee to me as a partner for life. I tell thee my impression frankly, but not without calm and deep reflection, for matrimony is a holy relation, and should be entered into with all sobriety. If thou hast no light on the subject, wilt thou gather into the stillness and reverently listen to thy own inward revealings? Thou art to leave this part of the country tomorrow, and not knowing when I should see thee again, I felt moved to tell thee what lay upon my mind.”

The young man was taken by surprise. Though accustomed to that suppression of emotion which characterizes his religious sect, the color came and went rapidly in his face, for a moment. But he soon became calmer, and replied,

“This thought is new to me, Elizabeth, and I have no light thereon. Thy company has been right pleasant to me, and thy countenance ever reminds me of William Penn’s title-page, Innocency with her open face? I have seen thy kindness to the poor, and the wise management of thy household. I have observed, too, that thy warm-heartedness is tempered with a most excellent discretion, and that thy speech is ever sincere. Assuredly, such is the maiden I would ask of the Lord as a most precious gift; but I never thought of this connection with thee. I came to this country solely on a religious visit, and it might distract my mind to entertain this subject at present. When I have discharged the duties of my mission, we will speak further.”

“It is best so,” rejoined the maiden, “but there is one thing disturbs my conscience. Thou hast spoken of my true speech; and yet, friend John, I have deceived thee a little, even now, while we conferred together on a subject so serious. I know not from what weakness the temptation came, but I will not hide it from thee. I allowed thee to suppose, just now, that I was fastening the girth of my horse securely; but, in plain truth, I was loosening the girth, John, that the saddle might slip, and give me an excuse to fall behind our friends; for I thought thou wouldst be kind enough to come and ask if I needed thy services.”

They spoke no farther upon this topic; but when John Estaugh returned to England in July, he pressed her hand affectionately, as he said,

“Farewell, Elizabeth: if it be the Lord’s will I shall return to thee soon.”

The young preacher made but a brief sojourn in England. The Society of Friends in London appreciated his value as a laborer among them and would have been pleased to see him remain, but they knew how fruitful of good had been his labors among the brethren in the wilderness, and deemed it a wise resolution when he informed them that he should shortly return to America. Early in September he set sail from London and reached New York the following month. A few days after landing he journeyed on horseback to the dwelling where Elizabeth was awaiting him, and they were soon after married at Newtown Meeting according to the simple form of the Society of Friends. Neither of them made any change of dress for the occasion; there was no wedding feast; no priest or magistrate was present; in the presence of witnesses, they simply took each other by the hand and solemnly promised to be kind and faithful to each other. The wedded pair then quietly returned to their happy home, prepared to resume together that life of good words and kind deeds which each had thus far pursued alone.

Thrice during the long period of their union did she cross the Atlantic to visit her aged parents, and not seldom he left her for a season when called to preach abroad. These temporary separations were hard for her to bear, but she cheerfully gave him up to follow in the path of his duty wherever it might lead him. Amid her cares and pleasures as a wife she neither grew self-absorbed nor, like many of her sex, bounded her benevolence within the area of the household. Her heart was too large, her charity too abounding, to do that, and her sense of duty to her fellow-men always dominated that narrow feeling which concentrates kindness on self or those nearest to one. While her husband performed his noble work in the care of souls, she pursued her career within the sphere where it was so allotted. As a housewife she was notable; to her might be applied the words of King Lemuel, in the Proverbs of Solomon, celebrating and describing the good wife, “and her works praised her in the gates.” As a neighbor she was generous and sympathetic; she stretched out her hand to the poor and needy; she was at once a guardian and a minister of mercy to the settlement.

When, after 40 years of happiness in wedlock, her husband was taken from her, she gave evidence of her appreciation of his worth in a preface which she published to one of his religious tracts entitled, “Elizabeth Estaugh’s testimony concerning her beloved husband, John Estaugh.” In this preface she says:

“Since it pleased Divine Providence so highly to favor me with being the near companion to this dear worthy, I must give some small account of him. Few, if any, in a married state, ever lived in sweeter harmony than we did. He was a pattern of moderation in all things; not lifted up with any enjoyments, nor cast down at disappointments; a man endowed with many good gifts, which rendered him very agreeable to his friends, and much more to me, his wife, to whom his memory is most dear and precious.”

Elizabeth survived her excellent husband 20 years, useful and honored to the last. The monthly meeting of Haddonfield, in a published testimonial, speaks of her thus:

“She was endowed with great natural abilities, which, being sanctified by the Spirit of Christ, were much improved; whereby she became qualified to act in the affairs of the church, and was a serviceable member, having been clerk to the woman’s meeting nearly fifty years, greatly to their satisfaction. She was a sincere sympathizer with the afflicted; of a benevolent disposition, and in distributing to the poor, was desirous to do it in a way most profitable and durable to them, and, if possible, not to let the right hand know what the left did. Though in a state of affluence as to this world’s wealth, she was an example of plainness and moderation. Her heart and house were open to her friends, whom to entertain seemed one of her greatest pleasures. Prudently cheerful and well knowing the value of friendship, she was careful not to wound it herself nor to encourage others in whispering supposed failings or weaknesses. Her last illness brought great bodily pain, which she bore with much calmness of mind and sweetness of spirit. She departed this life as one falling asleep, full of days, “like unto a shock of corn fully ripe.'”

The maiden name of this gentle and useful woman has been preserved in Haddonfield, thus appropriately commemorating her manifold services in the early days of the settlement of which she was the pioneer mother. 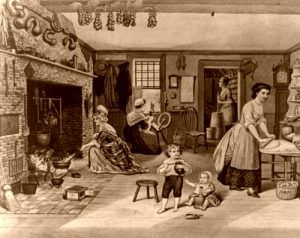