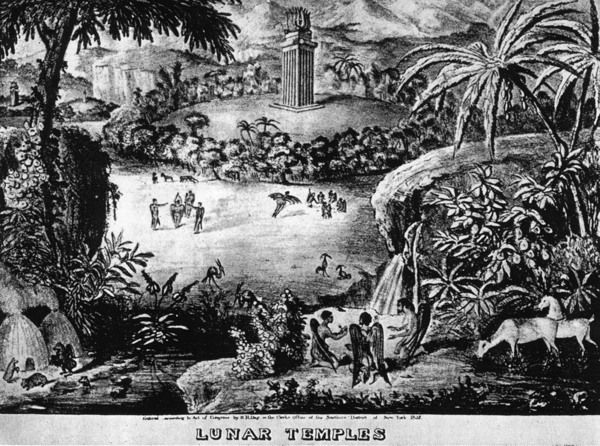 To say that we, as a human race, can be a gullible bunch, may be met with a rebuttal. However, take into account some of the hoaxes that have been thrown upon us, and a large number of people who wholeheartedly believe without question, the argument stands. And there is no finer example than the Great Moon Hoax of 1835.

According to the Museum of Hoaxes, It all started in the early summer of 1835 when Benjamin Day, founder of The Sun, a New York newspaper considered a serious source of news much like the New York Times and the Herald Tribune, met Richard Adams Locke, who claimed to be a Cambridge educated reporter. Locke was working for another penny paper covering a sensational trial when Day approached him to cover the same for him. Locke agreed to provide The Sun a series of articles, as long as his name wouldn’t appear as their author since he was employed elsewhere.

Locke’s articles on the trial were so popular with Sun readers that Benjamin Day published them in a pamphlet which sold thousands of copies. Realizing he could make good money from long stories re-published in pamphlets, Day set about getting Locke to write more serial articles, and around the same time, hired Locke as co-editor of The Sun. Locke wasted no time in coming up with the idea of an astronomical satire detailing the discovery of life on the moon.

On August 25, 1835, The Sun published the first of six articles titled “Great Astronomical Discoveries Lately Made by Sir John Herschel, L.L.D.F.R.S.&c, At the Cape of Good Hope [From Supplement to the Edinburgh Journal of Science]“. Herschel was a renowned British astronomer, and the article began with his discovery, through a super telescope, of planets in other solar systems, vast dimensions, and the claim that he had solved or corrected nearly every leading problem of mathematical astronomy. Then, as if a side note, the article proclaimed that Herschel had discovered life on the moon. Herschel wouldn’t know about the article until much later, but the publication caused excitement throughout America and Europe. 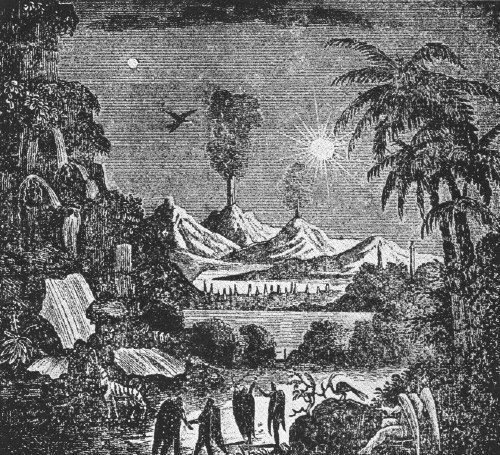 Complete with purported excerpts from the Edinburgh Journal of Science, the articles built the story around the scientists’ creation of a new telescope so powerful it could study insects on the moon. Then the series took readers through many fanciful accounts, including the discovery of trees, oceans, and beaches. And of course, life on the moon, like Bison, goats, and even bat-like winged humanoids who built temples. The author credited for the articles was a fictitious Dr. Andrew Grant, who was reported to be a former student of Sir William Herschel, discoverer of the planet Uranus, and John Herschel’s father. It was written that Grant was now the traveling companion of John Herschel, and that the series was in conjunction with a more scientific account submitted by Herschel to the Royal Society.

The story spread like wildfire, with other notable newspapers and magazines giving extensive coverage. Meanwhile, The Sun was making money, immediately selling the series in a pamphlet along with various lithographic prints showing artists depictions of scenes, commissioned from Wall Street lithographers Norris & Baker. It has been said that 60,000 of the pamphlets sold, but only 16 exist today as collector’s items.

While there were plenty of skeptics in the media, looking into accounts of people who lived at the time it is apparent that the majority of the public accepted the reality of life on the moon… initially. That quickly changed however as more and more credible newspapers took the articles to task. Regardless of being called out as a hoax, The Sun wasn’t phased, with many praising it as a clever joke. In fact, The Sun would continue its successful publishing until 1950. 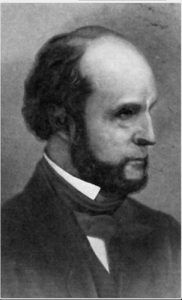 It was long debated who the true author of the series should be credited too, as Locke initially denied writing it. Locke’s claims of attending Cambridge were also false. About a year later in 1836, Locke left The Sun and started working at New Era, the latest penny paper. Shortly after joining the publication, he added “Author of the Moon Hoax” to his byline. He would go on to write that the lunar narrative was intended to be a satire against the unchecked influence of religion upon science.

Locke would leave journalism in 1842 for a job with the Customs Service.  When he died in 1871, his obituary ran on the front page of The Sun, which said in part:

“Richard Adams Locke died on Staten Island on Thursday, in his 71st year. Mr. Locke was the author of the ‘Moon Hoax,’ the most successful scientific joke ever published, which originally appeared in The Sun. The story was told with a minuteness of detail and dexterous use of technical phrases that not only imposed upon the ordinary reader but deceived and puzzled men of science to an astonishing degree.”

Source: The Museum of Hoaxes