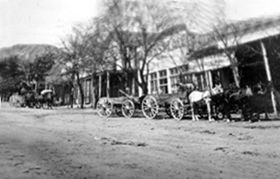 Jim Levy was one of the most notorious gunmen in the Old West, known for challenging other shooters to a duel.

In Dublin, Ireland, Levy was born in 1842 to Jewish parents and was still a young boy when they immigrated to the United States. When he was old enough, Levy headed west, where he landed in Pioche, Nevada, and worked as a miner. However, his life would change on May 30, 1871, when he witnessed a shooting in the street.

Michael Casey shot a man named Tom Gasson, wounding him severely. Lying on his deathbed, Gasson bequeathed $5,000 to the man who would avenge his death. At the coroner’s inquest, Casey said the killing had been in self-defense. But Levy testified that he had seen it happen and that Casey had fired the first shot.

Afterward, Casey tracked down Levy at a local store and challenged the unarmed miner to a gunfight. Accepting the challenge, Levy rushed off to obtain a weapon and returned a short while later. In the alley behind the store, the two squared off. Levy called to Casey, then opened fire, grazing Casey’s skull with his bullet. When Casey dived at Levy, Jim fired again, hitting his opponent in the neck. As the wounded man began to fall, Levy hit him over the head with his revolver. In the meantime, a cohort of Casey’s shot Levy in the jaw before running away. Though terribly disfigured and losing several teeth, Levy survived and was arrested for Casey’s murder. However, he was acquitted and released. He also collected on Gasson’s deathbed bequest of $5,000.

After this affair, Levy gave up mining and decided to make his living as a professional “regulator” and gambler. For the next decade, he traveled from Virginia City, Nevada, to Cheyenne, Wyoming; Deadwood, South Dakota; Leadville, Colorado; and Arizona — to Tombstone and Tucson. The terrible scarring did nothing for Levy’s already bad temper; during these years, it is estimated that he survived some 16 shoot-outs. One newspaper described him as a “pistolferous gambler.”  He was also accused of murder more than once but was never convicted of any.

On March 9, 1877, the Levy-Harrison gunfight occurred when Levy argued with another gambler and gunfighter by Charlie Harrison’s name. Gambling in Shingle & Locke’s Saloon in Cheyenne, Wyoming, the pair began to argue, and as it escalated, Harrison insulted Levy, telling him that he hated Irishmen. Levy quickly took offense and challenged Harrison to take it outside. Harrison was known in Cheyenne for his gunfighting skills, but Levy was not. Most thought that Levy would be shot dead in minutes. Both the onlookers and Harrison underestimated Levy.

The pair moved outside, continuing their verbal dispute, moving in front of the Senate Saloon before finally stopping in front of Frenchy’s on Eddy Street. There, they squared off, and Harrison’s shot went wild as the two pulled their six-guns. On the other hand, Levy took more careful aim and hit Harrison, who fell to the ground. Though severely wounded, Harrison was alive and taken to his room at the Dyer’s Hotel. However, a week later, he died. Levy was never convicted, and later Bat Masterson and Wyatt Earp would use the shootout as an example of how calm deliberation was better than speed in a gunfight. 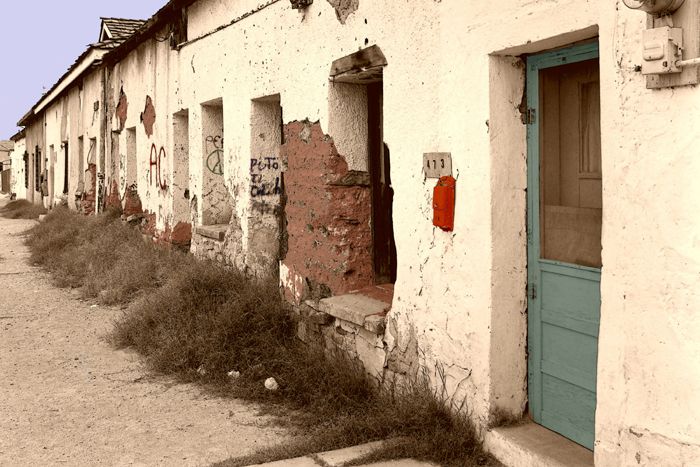 Vintage photo of a building in the Barrio Libre District of Tucson, Arizona. Colorized by Kathy Weiser-Alexander.

Jim Levy met his end on June 5, 1882, in Tucson, Arizona.  At the Fashion Saloon, Levy got into an argument with faro dealer John Murphy. After the two agreed to a duel, Murphy heard about Levy’s shooting skills and opted to ambush him instead. As Levy was leaving the Palace Hotel unarmed, he was killed by Murphy and two of his friends.

Gunfights of the Old West