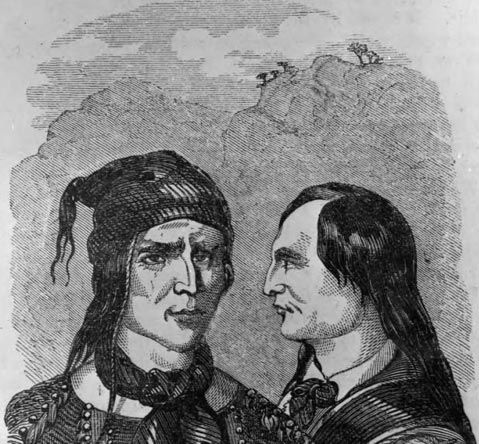 Drawing of Walkara and Brother from an 1855 book

The Walker War took place in 1853 in the area around Payson, Utah when tensions between the Mormon settlers and the Ute Indians increased.

When the Mormons began to settle on the hunting grounds of the Ute Indians, the natives were at first friendly, working out accommodations with the immigrants and even inviting Brigham Young to send Mormon colonists to the Sanpitch (now Sanpete) Valley. Relations between the two groups were helpful and cooperative when they first began to settle in 1849. However, when the Mormons began to attempt to suppress New Mexican trade, tensions developed with the Ute, who had long depended on the trade, especially that of native slaves, to which the Mormons strongly objected.

Though Young had negotiated a trading relationship with Chief Walkara in 1850, the colonists began to interfere in many of the Ute transactions. At the same time, the area was being traveled more and more with non-Mormon trading expeditions and settlers and in a few isolated instances, some Ute Indians were killed. 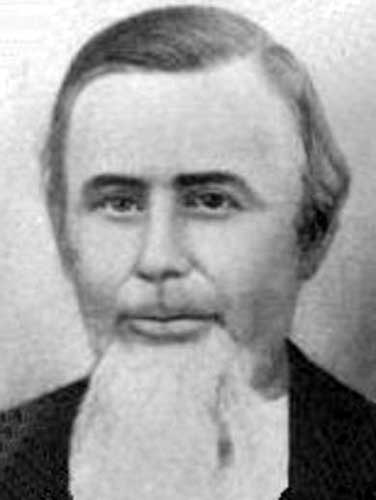 The tensions came to a head on July 17, 1853, when several Ute were trading at James Ivie’s home near Springville. During the transaction, a dispute erupted between a Ute man and his wife over her failure to strike a good bargain. When Ivie tried to intervene, the dispute turned violent and in the end, Ivie killed an Indian brave named Shower-Ocats, who was a relative of Walkara. The Ute were outraged.

In response, Captain Stephen C. Perry of the Springville Militia led a unit into Walkara’s camp the next day to try to mollify the Indians; however, the Ute demanded the death of a white settler in retribution. When their demands were not met, the Ute were even angrier and Perry’s militia fled. The Walker War had begun, which primarily consisted of Ute raids against the Mormon outposts and retaliation by the pioneers. As a result, Brigham Young directed settlers to move from outlying farms and ranches and establish centralized forts.

The Walker War ended through negotiations between Young and Walkara during the winter of 1853. Casualties during the war equaled about 12  white settlers and an estimated equal amount of Indians. The next summer, about 120 of Walkara’s tribe were baptized as Mormons.