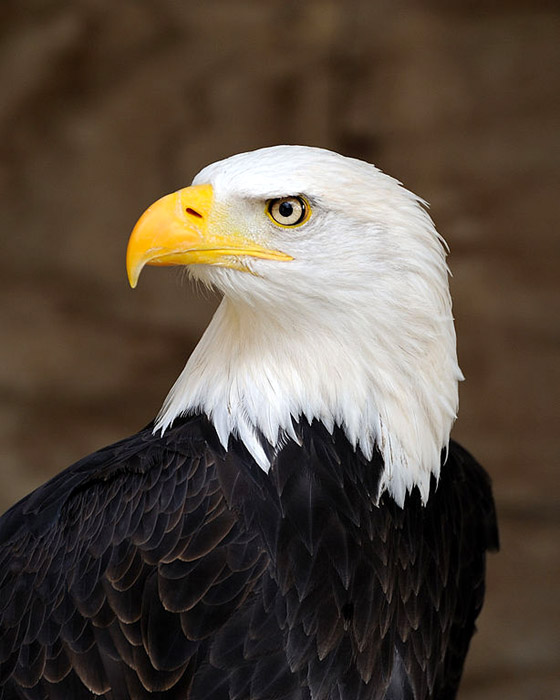 In the United States, wildlife is as diverse as the landscape. Mammals such as bison once roamed freely across the plains, but now live only in preserves and on private lands. Black bears, grizzlies, and polar bears are the largest carnivores. There are over 20,000 flower species, more than 400 areas that are protected and maintained by the National Park Service, and many other parks in each state. The bald eagle is the national bird and symbol of the United States and is a protected species.

United States fauna includes all the animals living in the Continental United States and its surrounding seas and islands, as well as several island-territories in the Pacific and in the Caribbean.

One of the largest countries in the world, the United States covers a vast array of habitats from tropical wetlands to snow-capped mountains to hot, sandy deserts, and arctic tundra. Within these various terrains can be found an estimated 432 species of mammals, more than 800 species of birds, over 100,000 known species of insects, 311 known reptiles, 295 amphibians, and 1154 known fish species. Among the larger game animals are the white-tailed deer, moose, pronghorn antelope, bighorn sheep, mountain goat, black bear, and grizzly bear. 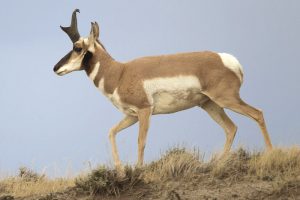 Large predators, including wolves, mountain lions and three species of bear, still roam freely in some areas. An impressive collection of  Alligators and Crocodiles still roam the tropics, while Musk Ox and Caribou tread the tundra, and numerous types of marine mammals visit ocean shores.

However, most distinctive indigenous wildlife is protected in national parks and preserves that cover more than a million square miles. Yellowstone National Park in Wyoming is widely considered to be the finest megafauna wildlife habitat in the United States with 67 species of mammals in the park, including the gray wolf, the threatened lynx, and the grizzly bear. Other great wildlife watching destinations include Alaska, Florida, and the Southwest. 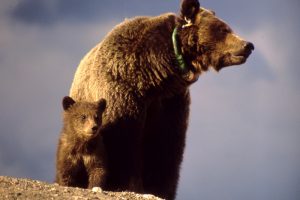 The U.S. Fish and Wildlife Service is the principal Federal agency dedicated to fish and wildlife conservation. The Service’s history spans 150 years, 145 years dating from the establishment of the Bureau of Fisheries, in 1871.