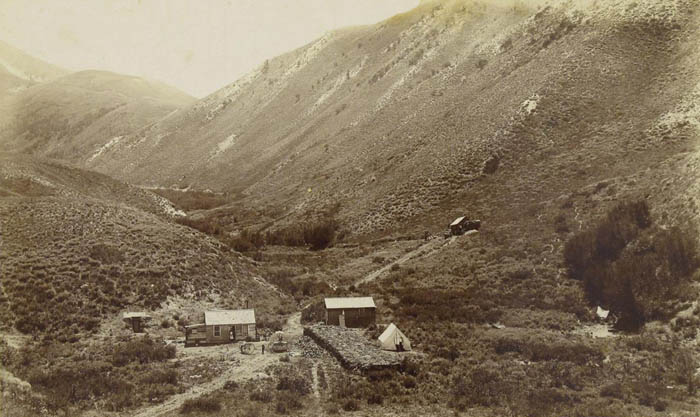 In the early 1860s, the mining excitement in Nevada drew largely upon California, and people crossed the Sierras at many points hastening to the new El Dorado. They came from all sections, for Californians were all accustomed to mining and the farming regions furnished a large contingent. Mining claims were then located without limit as to length, with an additional 300 feet to the locator “by right of discovery, with all the dips, spurs and angles, and 300 feet on each side of the said ledge, lode or lead.” In consequence, mining claims usually comprised several thousand feet in length, and as no incorporated companies were then known, sales, when made, were in running feet, extending from the surface to the center of the earth. Sales were frequent, and often for small amounts, and in consequence, the recorders and notaries made the most money out of the transfers.

Among the early prospectors to go to Reese River was a farmer nick-named “Pap,” who came from the vicinity of Stockton.

He knew nothing of silver ore and hence located claims rather wildly. He formed a partnership with young Kit Carson, Jr., and in the Big Creek Mining District, south of Austin, they located a bunch of white quartz and named it the Sultana, after a favorite steamboat on the Mississippi River that plied between St. Louis, Missouri and New Orleans, Louisiana. They began running a tunnel on the so-called ledge and had frequent assays made, which resulted in big returns, according to the certificates, and also a demand for feet in the Sultana, that extended as far as Stockton. At that time, J. M. Patrick was publishing the Republican newspaper in San Joaquin, California and as it was uphill work for an ultra Democrat in such red hot war times to hold his own against the opposition paper, once edited by Sam Seabough. It was an easy matter for Patrick to get the silver fever, sell the paper, buy Sultana and come to Nevada, all of which was done as rapidly as transfers could be made. 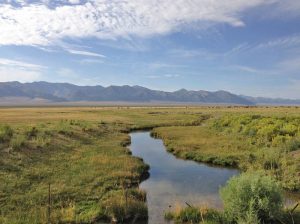 He went direct to Big Creek and found the men at work, and inflated with great expectations. He soon learned that his share, 50 feet, bought at $70 per foot, in a claim of 5,000 feet was an insignificant interest unless it proved very rich. This checked his ardor not a little, for he had bought without investigation, in the fever of excitement, and in total ignorance of the value of silver mines; however, he consoled himself and determined to find out something of its value. He was doubtful of his richness, now that second sober thoughts returned, and getting choice specimens from various places in the so-called mine, he sent to a distance for an assay.

In due time, the certificates were returned to him, showing not a trace of gold or silver in any of the samples sent. It was a cruel blow to Patrick’s hopes, as well as to the men who were working it, for it was evident that the local assayers had “salted” the returns to keep up the excitement. Patrick did not stop long nor try his luck in other mines; he simply d—-d the Sultana and the Sultan too, returned at once to California and resumed his occupation of a publisher on a scale limited by his losses, but improved by the experience bought so dearly.

By William Daugherty in 1891. Compiled and edited by Kathy Weiser/Legends of America, updated January 2020.