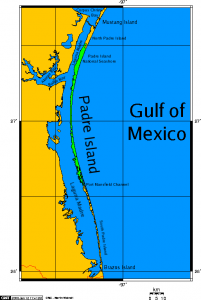 Though his name was famous for business and invention, John Singer was an adventurer. His younger brother, Isaac Merritt Singer, created a fortune when he improved upon the sewing machine in 1851 and started the Singer Sewing Machine Company. But in gadgets and inventions, John Singer had no interest. While his brother was tinkering with the sewing machine and other inventions, such as a rock driller, back in New York City, John was exploring the coast of Texas.

He arrived in Texas around 1847, along with his 23-year-old New Orleans-born wife, Johanna Shaw Singer, and their children. Upon arrival, John saw that Point Isabel and Corpus Christi were important supply stations. The family quickly established a shipping business in Port Isabel, Beginning with a three-masted schooner called the Alice Sadell.

Unfortunately, that first year of business would not be good for the family. The ship encountered bad weather when John captained the Alice Sadell from the harbor at Port Isabel. New to the job and not yet an experienced seaman, Singer was sure that the storm would blow over. However, as the winds grew stronger and the waves began to lap over the boat’s deck, he decided he needed to head toward land. The winds helped as he navigated towards Padre Island, but rather than land safely, the schooner was smashed into the coast. Singer, along with his wife, four children, and a hired hand, survived.

From the wrecked schooner, they set about salvaging the materials and supplies from the boat, and while they lived in a tent made of the salvaged canvas sails, they built a small house and crude furnishings from driftwood and wreckage from the boat. Though stranded, they fell in love with the island, and when a rescue vessel finally arrived, they refused to leave.

John soon built a small boat that allowed him to travel back and forth to the mainland, where he purchased a few head of cattle. The family also subsisted on fishing and a small garden that Mrs. Singer planted.

The Singers not only survived but prospered, and four years later, in 1851, they bought the old Santa Cruz Ranch from the Padre José Nicolás Ballí estate, which had been awarded to Balli in 1829 by a Mexican Land Grant.

The Singers built a new home on the foundation of Balli’s old house and renamed the ranch Las Cruces. There, they operated a cattle ranch and invested in real estate, buying and selling land on Padre and Brazos islands. At some point, John also invested $500 into his brother’s Singer Sewing Machine Company, from which he is said to have profited handsomely. Mrs. Singer also had a large garden where she grew vegetables that, once ripe, she took to Port Isabel in a skiff to sell. At some point, Singer was appointed wreck master of the island, allowing him to profit from salvaged materials.

During this time, the family came across several Spanish coins while scouring the beach, and one tale alleges they came across a wooden chest containing about $80,000 in jewelry and coins. Singer is said to have kept the bulk of his found treasure and earnings in a large sand dune called “money hill.”

When the Civil War broke out in 1861, the Singer family had grown to include seven children. The family had amassed a fortune in collected treasure, including Spanish coins, silver bars, and jewelry. The Singer’s Las Cruces Ranch was located near the strategic Brazos Santiago Pass, and this, coupled with the fact that the Singers were known Union sympathizers, they were soon ordered off the island. Forced to leave their cattle and other belongings behind, the Singers buried their collected treasure, estimated to have been valued at $60,000-$80,000 at the time. 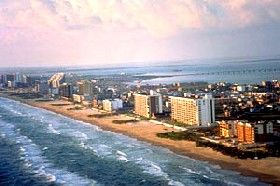 The Singers then lived at Flour Bluff, south of Corpus Christi, before moving to Brazos Island. In the meantime, Federal troops occupied their Las Cruces ranch, subsisting on the Singer cattle. Finally, when the war was over, the Singers were allowed to return to Padre Island, only to find that their house had been torn down by the Union sailors and used for firewood. Furthermore, the island had been hit by a hurricane during his absence, and as he searched for “money hill,” it was not to be found. Wind, water, and shifting sand had erased the landmarks and changed the entire landscape of the island.

When Mrs. Singer died in 1866, John first went to Honduras for a time before returning, collecting his family, and moving to New Orleans. Singer returned to Padre Island on at least two occasions with his oldest son, Alexander, trying again to find “money hill” and the buried treasure. However, he failed. John Singer died, an impoverished man in Mississippi in 1877, without the treasure ever having been recovered.

Though several visitors to the island claimed to have discovered the Singer and Balli homesteads, calling them the “Lost City,” in the mid-1900s, verification of these discoveries was never made.

Today, many believe that the lost cache remains on the island somewhere at the southernmost tip. Other tales say that Singer buried another cache between two small oak trees.