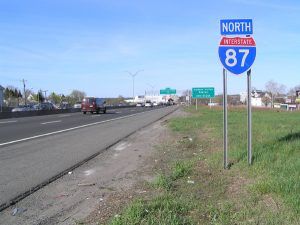 The 641-mile transportation network known as the Governor Thomas E. Dewey Thruway is the longest toll road in the United States.

One out of every 21 New York City people is a millionaire.

In New York, a law states that a license must be purchased before hanging clothes on a clothesline.

The Woodstock Music and Arts Fair were held in Bethel, New York.

In New York City, pinball was illegal until 1976.

Roughly half of the population of New York City speaks a language other than English at home.

The New York Post, established in 1803 by Alexander Hamilton, is the oldest running newspaper in the United States.

New Yorkers cannot dissolve a marriage for irreconcilable differences unless they both agree to it.

The first railroad in America ran a distance of 11 miles between Albany and Schenectady.

In New York, it is a law that every business must have spitoons and clean them every 24 hours. 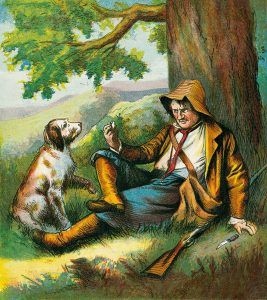 Rip Van Winkle and his dog by Thomas Nast, 1880

The Catskills are the home of the legend of Rip Van Winkle.

In New York, a fine of $25 can be levied for flirting.

European settlers who brought seeds to New York introduced apples in the 1600s. 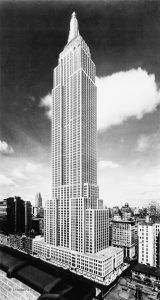 The Empire State Building has its own zip code.

According to New York law, women may go topless in public in New York, providing it is not being used as a business.

The Erie Canal, built across New York State in the 1820s, opened the Midwest to development and helped New York City become a worldwide trading center.

New York was the 11th state in the United States and was a part of the original 13 colonies.

New York was the first state to require license plates on cars.

The Bronx Zoo in New York is the largest city zoo in the United States, with over 500 species and 4,000 animals.

Except for emergencies, honking your car horn is illegal in New York City, but everyone does it anyway.

Manhattan was purchased from the native people in 1626 for the modern equivalent of U.S. $1000.

In Ocean City, New York, eating while swimming in the ocean is prohibited.

New York is the third most populous state in the United States after California and Texas. Of its population of 19 million, a little over 8 million live in New York City alone.

In 1848, the first women’s rights convention in the United States was held in Seneca Falls, New York, officially starting the fight for women’s rights. Women would win the right to vote in New York in 1917.

Due to struggles with the potato famine and political issues, by 1850, more native-born Irish lived in New York City than in Dublin, Ireland. New York City is still home to more people of Irish ancestry than Ireland’s capital city.

Adirondack Park in northeast New York has six million acres, making it the largest national park in the United States. It is larger than Yellowstone, Yosemite, Grand Canyon, Glacier, and Olympic Parks combined. 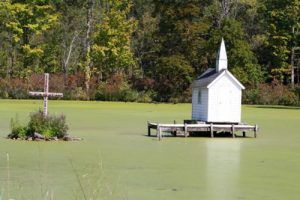 Oneida is home to the world’s smallest church with the dimensions of 51″ x 81.”

In 1971, the bloodiest prison rebellion to ever take place in the United States happened at the Attica State Correctional Facility in Attica, New York. A total of 43 inmates and officers lost their lives during the riot.

New York is known as the “Empire State” due to its growth and prosperity early in its history. George Washington is said to have seen New York as “the seat of the empire.”

The September 11, 2001, terrorist attacks on the World Trade Center in New York City were the worst single foreign assault on American soil. The attack was the nation’s deadliest tragedy for U.S. firefighters, and 2,753 people in total lost their lives.

France gifted the Statue of Liberty to the United States in 1886 to celebrate 100 years of U.S. independence and continued allegiance between the two countries. The statue was shipped as 350 pieces in 214 crates and took four months to assemble at its current home on New York’s Ellis Island.

A New York law states that a person may not walk around on Sundays with an ice cream cone in their pocket.

There is a skyscraper with no windows in New York City.

The oldest cattle ranch in the U.S. was started in 1747 at Montauk on Long Island.

Wall Street was named after a 12-foot wall built by the 17th-century citizens of New Amsterdam to discourage pirate attacks.

New York City’s Federal Reserve Bank has the largest gold storage in the world. The vault is 80 feet below Wall Street and contains $90 billion in gold which equals 25% of the world’s gold.

New York is the third most expensive state to live in after Hawaii and Connecticut. 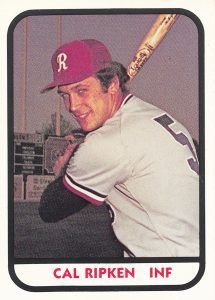 Wade Boggs and Cal Ripken Jr. played against each other in Rochester vs. Pawtucket Red Sox in the longest game in baseball history. The game went a total of 33 innings.

New York City was the first capital of the nation from 1789 to 1790. George Washington was inaugurated as the first U.S. president in the city’s Federal Hall on Wall Street on April 30, 1789.

The New York Public Library has over 50 million books and is the second largest library system in the nation after the Library of Congress. It is also the third-largest library in the world.

A small group of hearty golfers staged the first recorded golf exhibition in the United States – over three holes laid out by John Reid and John Upham in a cow pasture in Yonkers, N.Y. On November 14, 1888, these golfers formally established The Saint Andrew’s Golf Club, which remains the oldest continuously existing golf club in the United States.

From 1886 to 1924, over 14 million immigrants entered through New York harbor in to the United States. About 40% of Americans can trace at least one ancestor to Ellis Island.

New York City will pay for a one-way plane ticket for homeless people if they have a guaranteed place to stay elsewhere.

If Manhattan had the same population density as Alaska, only 28 people would live on the island.

The average price of a home in New York that year was $1.3 million, the highest in the United States.

In Ocean City, a law from the early 1900s prohibits men from going topless on the Boardwalk.

Times Square is named after the New York Times. It was originally called Longacre Square until The Times moved there in 1904.

It is against town ordinances in Kendall, New York, to camp out on your own land more than 72 hours a month. If you want to camp out for two weeks, you need a permit, which can only be obtained once a year.

Dairying is New York’s most important farming activity, with over 18,000 cattle and or calve farms.

The Waldorf Astoria Hotel once had its own private railroad track at Grand Central so that its guests could clandestinely enter and exit New York City.

In New York, adultery is still a crime.

While riding in an elevator, the law states that one must talk to no one and fold their hands while looking toward the door. 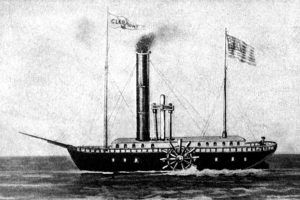 In 1807 The Clermont made its maiden voyage from New York City to Albany, making the vessel the first successful steamboat.

In November for Boy Scouts and in March for Girl Scouts, the annual Urban Camp-Outs are hosted at the Empire State Building.

In New York, it is against the law for a man to go outside while wearing a jacket and pants that do not match.

The first American chess tournament was held in New York in 1843.

The Cardiff Giant – A Sucker Born Every Minute