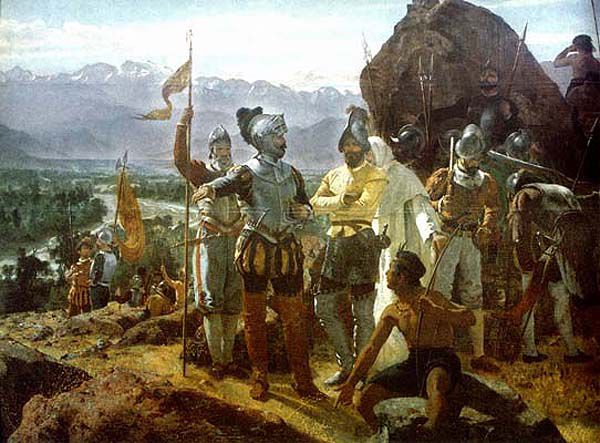 Lucas Vazquez de Ayllon was a Spanish conquistador and explorer who tried to start a colony in North America in 1526. He was the first European colonizer of what is now South Carolina. His attempt to settle the Carolina coast near the mouth of the Peedee River at Winyah Bay was unsuccessful. Thought to have been born in Toledo, Spain, in 1475, he grew up to become a planter and explorer. Working as a sugar planter on the Caribbean Island of Hispaniola, he was sent on an expedition to Florida under Francisco Gordillo, who, in June 1521, landed somewhere near Cape Fear in North Carolina.

Continuing to search for the Northwest passage, Ayllon came up from Hispaniola again in 1524 and tried the James River and Chesapeake Bay. He received from King Charles V a grant of the land he had discovered and, in 1526, founded the settlement of San Miguel de Guandape, not far from the site of the city of Jamestown, Virginia, which would be built by the English some 80 years later. De Ayllón’s expedition sailed from Hispaniola to South Carolina on two ships, which included African slaves. It would be the first instance of African slavery labor within the present territory of the United States.

Ayllon’s settlement lasted only about three months, during which time the 600 colonists endured hunger, disease, scarcity of supplies, and troubles with the local natives. In the end, the colony failed over a fight over leadership. During this turmoil, the slaves revolted and fled the colony to live among the Cofitachequi tribe. Many colonists, including Lucas Vazquez de Ayllon, died of fever. Only 150 survivors made their way back to Hispaniola. Ayllon’s account of the region inspired several later attempts by the Spanish and French governments to colonize the southeastern United States.