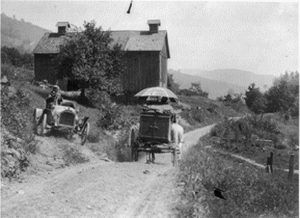 For many automotive pioneers, a dubious form of immortality was the reward for a lifetime spent developing world-changing ideas into realities. As with Jello or Kleenex, it is as a brand name that they are remembered, while their first names and some of their most astounding accomplishments are less than a historical footnote.

Few who drive a Chevrolet give thought to Louis Chevrolet, his role in the development of General Motors, or his racing prowess. Likewise, with people who drive a Ford not knowing that Henry Ford was the man who laid the foundation for Cadillac, that it was the Dodge brothers, Horace and John, who ensured his success, or that Henry pioneered the use of synthetic materials.

The infancy of the American auto industry is a tangled web of intrigue, tragedy, genius, and get-rich-quick schemes. It is also the story of innovation, vision, and eccentricity.

As a case in point, consider David Buick, the man who gave the world the cast iron bathtub with a white porcelain finish. In conjunction with Walter Marr and Eugene Richard, engineered a revolutionary gasoline engine with a valve in head design for marine or farm application. This highly advanced engine would serve as a foundational component for establishing the Buick Motor Company in 1903.

In turn, the acquisition of Buick Motor Company was the cornerstone for a vast automotive empire named General Motors established by William Crapo Durant. As Durant’s rocket sailed toward the heavens, David Buick’s plummeted to the earth, and after an endless string of failed enterprises, he ended his days as the information desk clerk at the Detroit School of Trades.

Durant would follow Buick on the road to ruin but not before transforming General Motors into an industrial giant, not before losing control of the company and regaining it through the creation of a company named Chevrolet, or before challenging the dominance of Ford with a company named Durant. In February of 1936, Durant declared personal bankruptcy and ended his days as a partner in a bowling alley with a lunchroom and grocery store.

Durant and Buick were not the only men to flirt with fame and fortune during the heady days when the American auto industry was a whirligig with an atmosphere that hovered between that of a gold rush and a carnival. Nor were they the only pioneers to become forgotten immortals.

Swiss-born Louis Joseph Chevrolet arrived in New York as an agent for the French automobile company De Dion-Bouton. However, his skills as a mechanic for Fiat and as a driver for the racing team that included brothers Arthur and Gaston that Louis Chevrolet developed a reputation that garnered headlines.

This notoriety led William Durant to retain Louis and Arthur for the Buick race team he was developing as a promotional venue. After losing control of General Motors for the first time, Durant again hired Louis but this time as an engineer to design an engine that would power a new automobile, one that would carry the Chevrolet name.

This, too, proved to be a short-lived endeavor for Mr. Chevrolet as Durant had established the company as a vehicle for regaining the control of General Motors. Louis left the company and his trademarked name in 1914, resumed his racing career, and designed several race cars, including the one his brother, Gaston, drove to victory in the Indianapolis 500 in 1920.

Those who gained the hollow immortality of having their names transformed into a brand were the fortunate few. For men such as Henry Leland, obscurity was their only reward. 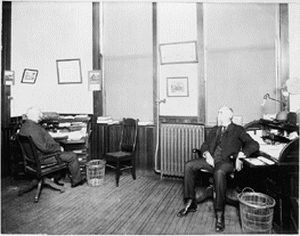 Henry Leland, a pioneer in precision engineering, had apprenticed under Samuel Colt and launched his financial empire to invent an improved clipper designed for barbers. As the owner of a precision machine shop in Detroit, one of his first automotive endeavors was designing a new engine for Ransom Olds of the Olds Motor Vehicle Company.

Before the Leland-designed engine could be utilized in what was to be a new and improved Olds, a disastrous fire at the Olds factory made it financially impossible for the company to adopt it and, as a result, continued production of the highly successful 1902 model. In retrospect, this was a fortuitous turn of events for the American auto industry as the directors of the Henry Ford Company that had hired Leland as a consulting engineer were in need of an engine.

The Henry Ford Company represented Henry’s second attempt at automobile manufacturing. However, as with the first endeavor, backers saw little return for their investment and, as a result, had retained Leland to evaluate the feasibility of pouring more money into the enterprise.

Incensed by what he perceived as an affront, Henry Ford stormed from the company. Undaunted, the directors reorganized the company under a name associated with Detroit’s founding, Le Sieur de la Mothe Cadillac, and utilized the engine designed by Leland.

Leland would shepherd Cadillac through its formative years and assist with its absorption into the General Motors combine. Still, in 1917, a dispute with William Durant led to his departure and the establishment of a company to manufacture Liberty aircraft engines. As a historical side note, Leland named this company for the first president for whom he had voted in 1864, Abraham Lincoln.

Production had barely commenced when the Armistice negated his government contract. Faced with mounting debts, seventy-four-year-old Leland swiftly transformed his factory and reorganized the company to produce automobiles.

Attesting to Leland’s reputation for quality workmanship, attention to detail, and honesty is the fact that $6.5 million of common stock in the new company were subscribed within three hours of it being placed on sale. As it turned out, Leland’s association with the company was relatively short.

Obsession over mechanical perfection, dated styling, and post-war material shortages hindered development as well as production. On February 4, 1922, the board of directors overrode Leland’s objections and placed the company in receivership.

The company sold for $8 million to Henry Ford. His son, Edsel, assumed the presidency of Lincoln Motor Company before the end of the year.

Over time, Leland joined the pantheon of forgotten automotive pioneers. He was, however, in good company as this is the final resting place for many of the giants from the infancy of the American auto industry, men like Ralph Teetor, Childe Harold Wills, H.J. Hipple, and Howard E. Coffin, to name but a few.