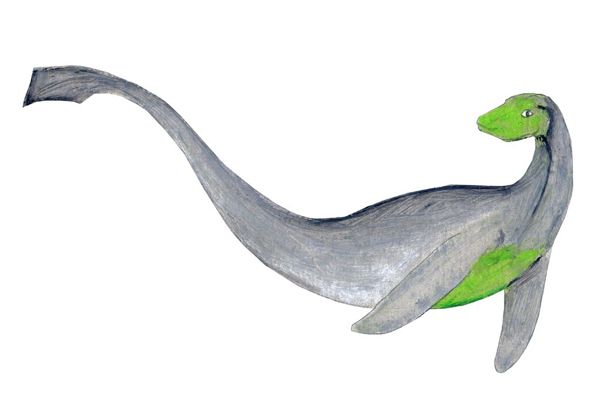 Near the mouth of the Altamaha River in southeastern Georgia is said to reside a hissing sea monster. Called Altamaha-ha, for the river, or “Altie” for short, the legend predates British-English colonization and is said to have originated with the Lower Muskogee Creek Tribe.

One of the largest rivers in the state of Georgia, it empties into the Atlantic Ocean and has one of the largest river basins in the country, second only the Mississippi River. Extending about 137 miles, it joins up with three major tributaries — that of the Ocmulgee and Oconee Rivers near Lumberton City, and joined further downriver by the Ohoopee River. It empties out into Altamaha Sound above Brunswick, where it is joined by the Darien, Butler, and Champney Rivers before making its way to the ocean.

The river area, located primarily in McIntosh and Glenn Counties along the Atlantic Coast, is not comprised of beaches but rather, is made up of many islands, acres of marshes, dikes, canals, ponds, and old rice fields.

The Altamaha-ha is said to inhabit the myriad of small streams and twisting channels of the river and adjacent marshes, particularly around Darien, Butler Island, and elsewhere in McIntosh County.

This strange cryptid is described as having a sturgeon like body, including a bony ridge on its top. With front flippers and no back limbs, it swims like a dolphin and has the snout of a crocodile, with large, protruding eyes and large sharp teeth. Its coloring is said to be gray or green with a whitish-yellow underbelly. Reports indicate that it is 20-30 feet long, though some have stated seeing smaller or larger creatures, suggesting that Altamaha-ha is not alone.

It has reportedly been seen basking itself on the shore, trolling casually along the river, and has even reacted defensively while in the presence of boaters.

Though no physical evidence of the Altamaha-ha has been found, the tales date back for centuries, with the Indians describing a giant snake-like creature that hissed and bellowed. 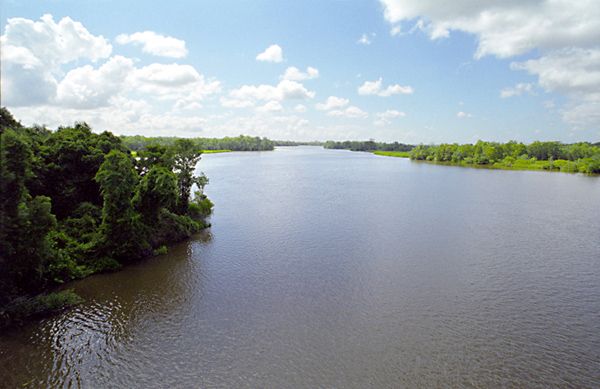 One of the first non-native reports of the creature was on April 18, 1830, when a correspondent of the Savannah Georgian newspaper reported multiple sightings of a sea monster on the Georgia coast. The primary eyewitness was Captain Delano of the schooner Eagle, who reported seeing a large creature off of St. Simons Island below the mouth of the Altamaha River. His description stated that it was about 70 feet long, its circumference about the size of a barrel, and its head resembled that of an alligator. Five other men on the schooner also reported having seen the monster, as well as several planters on St. Simons Island.

In the 1920s, timbermen riding the river reported sighting a large snakelike water monster, and in 1935, a group of hunters spotted what they called a “giant snake” swim through the river. In the 1940s, boy scouts reported seeing the creature, as well as two officials from the Reidsville State Prison from the 1950s.

In 1969 when two brothers were fishing on the Altamaha River at Clark’s Bluff, they reported seeing an animal that they first thought was a sturgeon but quickly changed their mind when they got a better look. Stating that it measured about 10-12 feet long, with a snout like an alligator and a horizontal tail. They also described the creature as having a triangular ridge along the top of its body, sharp pointed teeth, and being gun-metal gray in color.

In the summer of 1980, two men reportedly saw Altamaha-ha stranded on a mud bank near Cathead Creek. They reported that the animal was lying halfway in the water, thrashing and trying to free itself from the bank. They described it as being dark-colored with rough skin and about 20 feet long. While watching, the creature freed itself, submerged, and disappeared.

Later that year, in December 1980, another man reported having seen what he thought was Altamaha-ha in Smith Lake. His description said the animal was 15-20 feet long, snake-like with two brown humps that protruded from the water, and left behind a wake like that of a speedboat.

Another report in the 1980s described by a crab fisherman stated the creature looked like “the world’s biggest eel.”

A more recent report in 2002 was by a man pulling a boat up the river near Brunswick who reported seeing something over 20 feet in length and six feet wide break the water. In 2010, an amateur photographer captured a video of something strange swimming in the channel off Fort King George Historic Site in Darien.

Sightings of the Altamaha-ha continue to this day.