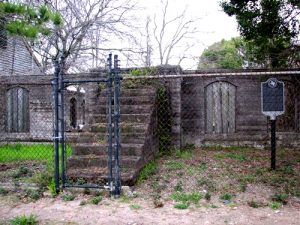 Fort Maison Rouge, Texas was the home and citadel of pirates Jean and Pierre Laffite situated on the gulf coast.

Built in 1817, the block-long site was once armed with 36-pound cannons inside and a battery of 42-pounders outside. Jean Lafitte’s home was luxuriously furnished with booty from captured ships. The pirates; however were run out in 1821, but before leaving they burned their homes, buildings, and the fort itself, before sailing to Yucatan. What was left was destroyed by a hurricane in the 1800s. 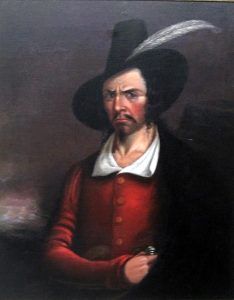 In 1870, a new structure was built over old cellars and foundations of Maison Rouge. Today, that building, too, is in ruins. The site is designated by a Texas Historical marker. It is located in Galveston, Texas.