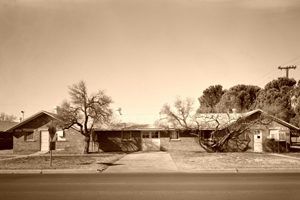 An active post today, Fort Bliss, Texas, was first established in 1848. Since its creation, the post has been located at five different locations, all in the city limits of El Paso except the present one. Over the years, the post has had almost as many different names as it has locations. It was initially called the Post of El Paso and Post at Smith’s Ranch when it was located at Smith’s Ranch from 1849-51; Fort Bliss, at Magoffinsville (1854-68), including Confederate occupation in 1861-62; Camp Concordia and Fort Bliss, at Concordia Ranch (1868-77); and Fort Bliss, at Hart’s Mill and the current location (1878-present). The fort is named for Mexican-American War soldier William Wallace Smith Bliss.

The fort was founded across the Rio Grande from El Paso del Norte (Ciudad Juarez), Mexico, to establish and maintain U.S. authority in the area after acquisition in the War with Mexico (1846-48), to defend the El Paso area from Indian depredations, and to protect the Southern Transcontinental Trail to California. The troops participated in various Apache campaigns in Texas and New Mexico in 1857 and the 1870s and 1880s. But the troops spent even more time controlling local lawless elements and arbitrating border conflicts. Activities at the fort peaked in World Wars I and II, and it is now the Army Air Defense Center. 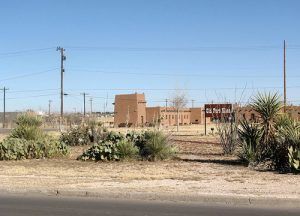 Nothing has survived the first three posts (Smith’s Ranch, Magoffinsville, and Concordia Ranch). At the Hart’s Mill site (1878-93), on the western edge of El Paso at the intersection of the U.S. 80 overpass and Doniphan Street, are several officers’ quarters, now used as apartments and adobe barracks. At modern Fort Bliss (1893-present), on the northeastern edge of the city, is an adobe replica of the Magoffinsville fort, donated by the El Paso Chamber of Commerce.

It now serves as a chapel and museum. Other buildings of interest at the modern post include the old brick mess hall, remodeled and now serving as the post exchange; 14 sets of officers’ quarters, still in use; and two original barracks buildings on either side of the old mess hall, housing administrative offices. Fort Bliss National Cemetery is also located on the post.

Today, the Army’s second-largest installation is behind the adjacent White Sands Missile Range. It is situated in La Noria Mesa, north of El Paso.