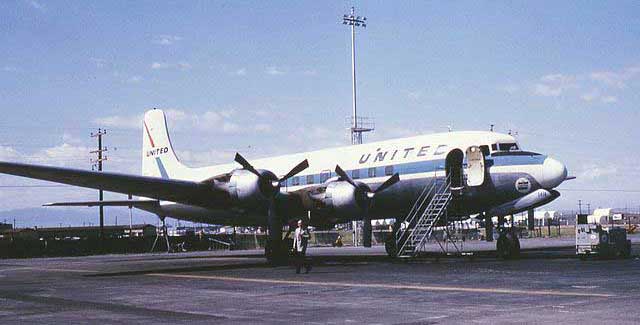 An aircraft similar to UA 629. Photo by Robert J Boser

On November 1, 1955, a routine two-hour flight from Denver, Colorado to Portland, Oregon, would take off as usual only to mysteriously crash 11 minutes later, killing all 39 passengers and five crew members.

After initial investigations, the FBI consulted the Civil Aeronautics Board (CAB) regarding the tail section, which had apparently been cleanly severed from the plane as if cut by a knife. Eyewitnesses in the area consistently mentioned a fiery explosion in the air with flares streaming down and a second explosion on impact.

The wreckage would be recovered with the tail section damaged only by impact, but an obvious explosion severely damaged the fuselage. 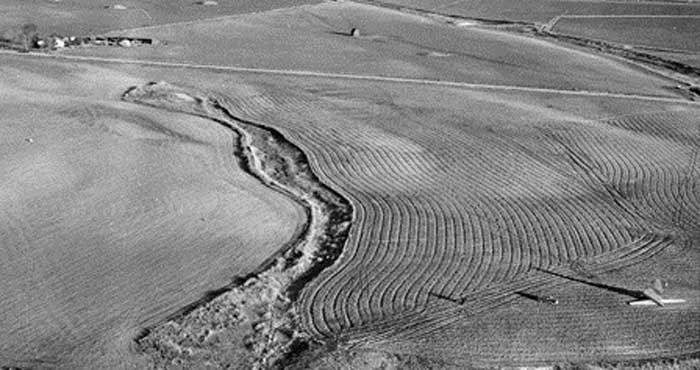 The tail of the plane was discovered on a Colorado farm. Photo courtesy FBI, November 2, 1955

On November 7, the CAB’s chief of investigations officially declared the crash was not an accident caused by structural or engineering malfunction and requested the FBI conduct a criminal investigation. 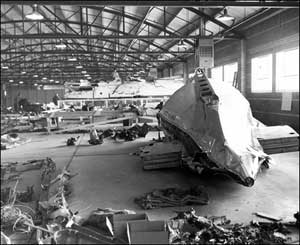 The wreckage of United Flight 629 was carefully laid out in a Denver warehouse after its bombing. Photo courtesy FBI

Engineers pinpointed the location of the explosion in cargo hold number four, determined by the size of shrapnel pieces from this section of the plane.

The investigation turned from structural failure to social sabotage, tracking down and interviewing all parties who loaded cargo, worked maintenance, airline personnel, passengers, crew, and their respective networks.

Passenger Daisie E. King’s personal effects included traveler’s checks, two keys, a receipt for a safety deposit box, and newspaper clippings regarding her son’s legal troubles, raising moderate suspicions. It was determined that these effects were within her carry-on and not checked luggage.

These were the only items that could be connected with Mrs. King; only small pieces of her believed suitcase were ever recovered from cargo. The investigation quickly turned to her son, Jack Gilbert Graham, who had previously been charged with forgery and was on the local “most wanted” list.

It was discovered that Mrs. King was one of 17 passengers who had insurance policies on the trip, and upon searching Mr. Graham’s residence, a second policy for $37,500 was found hidden in a cedar chest — Jack Graham was named the policy’s beneficiary.

In addition to this striking revelation, acquaintances of the mother and son spoke of friction between the two as business partners in a small drive-in restaurant and criticisms of Jack’s overall character. 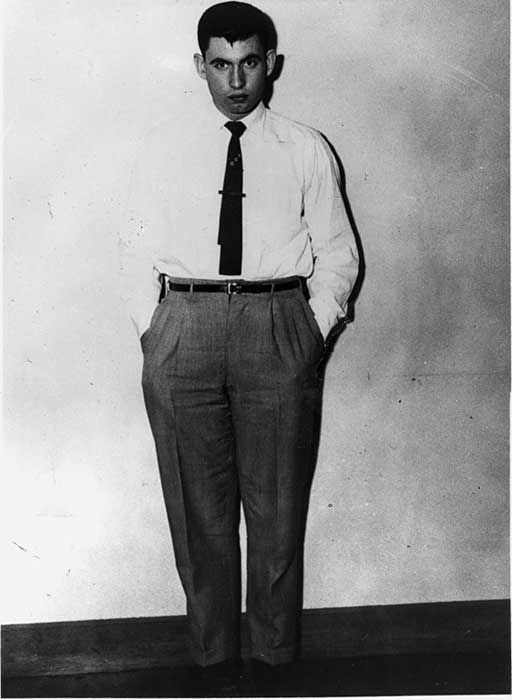 Having served in — and been honorably discharged from — the National Guard (despite a 63-day AWOL period), Jack Graham enrolled at Denver University. Jack ran into legal troubles after working as a payroll clerk for a manufacturing company where he stole 42 blank checks, forged their signature, and cashed them for $100 each.

Using some of his $4,200 haul, Jack purchased a car and left Denver. Only six months later, Jack would be arrested in Lubbock, Texas, for illegally hauling whiskey and subsequently detained for 60 days.

After Jack and his wife Gloria were interviewed, there appeared to be some discrepancies in their stories. Jack was made aware that he was officially an active suspect in the crime, and he agreed to submit to polygraph testing and search and seizure of his property.

At Jack’s residence, agents discovered copper wire with yellow insulation typically used in detonation devices, for which Jack had no explanation. The agents also uncovered the hidden insurance policy naming Jack the sole beneficiary. Under pressure from the interrogators, Jack Graham admitted to building and stowing a time bomb in Daisie King’s luggage, causing the explosion.

The bomb consisted of 25 sticks of dynamite, a timer, a six-volt battery, and two electric primer caps. Jack had worked for a brief time as an electrician, and before he quit, he had asked how he could combine a battery and timer that would not last more than two hours.

Jack attempted to plead innocent by temporary insanity, but no less than four medical professionals confirmed his sanity. Jack was notably calm and indifferent during court proceedings, despite a crowded and anticipatory courtroom. Spectators waited for hours to get a seat, and shortly before court began, the pilot’s young wife soon occupied one reserved seat in the front for UA 629.

Throughout the 15-day trial, 80 witnesses would testify and 174 exhibits to prove guilt. The defense would call only eight witnesses and subsequently rest their case. The jury deliberated for a little more than an hour before finding Jack Graham guilty and recommending the death penalty.

On January 11, 1957, Jack Graham was put to death in a gas chamber, bringing the tragic flight of United Airlines flight 629 to a cold and dark end. Although justice prevailed, the deaths of Graham’s innocent victims will never be justified.

Considering Jack’s insurance claim would have paid a maximum of $37,500, Jack essentially placed a price on the lives of his 44 victims at less than $1,000 each, including his mother.

About the Author: Drew is a writer, content creator, and voracious learner out of Walnut Creek, CA. His current passion is The Daily Dose, a project with his father, Tom, a documentary filmmaker and author. Together they create and publish a three-minute history documentary every weekday.