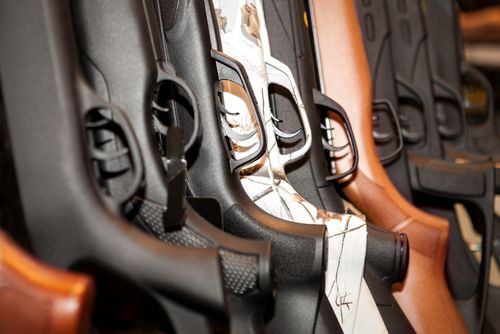 The United States was founded on freedom of speech, freedom of religion and the right to own firearms. Across the country, there are firearm collections owned by both public and private dealers, collectors and museums.

These collections tell an important part of the American story. Many of the featured weapons served alongside our fighting men and women as they maintained peace across the world. If you are a gun enthusiast, be sure to check out a few of the best armories across America.

Located in Fairfax, Virginia, the NRA Museum is home to an enormous collection of firearms. Some of these guns date back nearly 700 years and document the entire evolution of the firearms industry. It includes a number of exhibits that feature famous British Double Shotguns, as well as other rare pieces.

One collection focuses on the military weapons throughout US history. You can explore muskets carried by the Minutemen up to the modern-day rifles that our military is currently carrying in Afghanistan and Iraq.

Another highlight is the Hollywood exhibit. It features a number of guns from famous films, including the first pistol carried by John Wayne to the Beretta that Bruce Willis used in the Die Hard movies. There are over 85 exhibits at this museum and almost 3,000 total firearms. The museum has an adjoining range, so you can bring your own gun and get some trigger time as well. 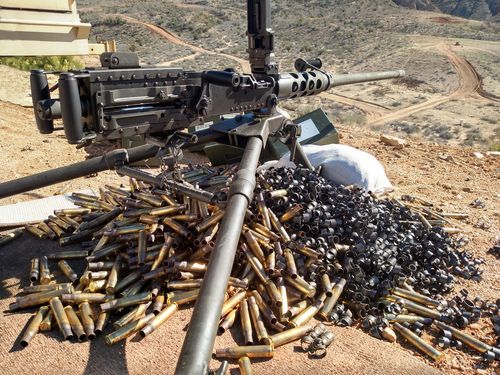 With a name like Dragonman, it is hard to miss Mel Bernstein. Born in New York City, Bernstein didn’t really grow up around guns, but after a stint in the army and opening up his own motorcycle shop on Long Island, he began collecting firearms. He has acquired what might be the largest personal collection of firearms in the world.

He has more than 3,000 fully operational guns, but that isn’t all. He has military equipment and gear that span decades of use. It includes everything from German landmines from World War II to inside-the-waistband holsters used by today’s military and special forces.

When you visit Dragonman’s Museum in Colorado Springs, you will be amazed by the military hardware that he has amassed, all fully functional. The museum stays busy, bringing in almost $600,000 a year and hosting thousands of visitors who come to see this impressive personal collection.

Plus, the gun wonderland also has a number of other attractions. There is a gun range on site where you can shoot fully automatic rifles and a paintball course for the kids. You can even take instructional courses for concealed carry. Whether you are a budding collector or just a firearm enthusiast, it is well worth the trip to Colorado to see the collection. 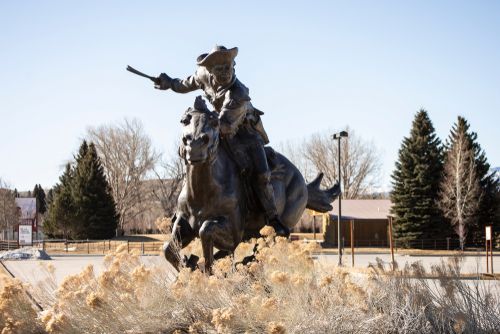 There are few periods in American history that are more iconic than the American West. At the Buffalo Bill Center in Cody, Wyoming, you can see and experience how the West was really won. There are a number of exhibits and various activities at this center, but their firearms museum is one of the most impressive in the western part of the country.

This museum has over 7,000 firearms and over 30,000 pieces of firearm history in its collection that spans from the early days of flintlock rifles to the modern industrialization of firearms. It is truly a great exhibit that features a number of historical rifles from all major manufacturers.

They even have an original Hawken rifle that was owned by Wild West legend, Jeremiah “liver eating” Johnston; the Robert Redford movie, Jeremiah Johnson, was based on this mountain man. There are a number of unique pieces in this museum, making it a memorable trip to see this period of American history.

If firearms aren’t your thing, the exhibit also holds a number of art pieces, including posters, ads and famous paintings that depict life out West. Once you have finished touring the exhibit, hop on over to nearby Jackson Hole and the Yellowstone area to take in more history and natural beauty.

National Firearms Collection of the Smithsonian

The Smithsonian is responsible for preserving American history, and from the settlers of the Mayflower to the present day, guns are a part of that history. The National Firearms Collection is located in Washington, D.C., and while not all pieces are on display, this collection holds a number of famous artifacts.

Currently, you can only see about 150 firearms on display. These firearms depict some of the most difficult times in American history and includes weapons from the Revolutionary War to modern times. The bulk of the collection is locked away at the National Archive, which is not open for public display.

Some of these guns are so rare that their value is almost impossible to assess. The special collection is only open to scholars and foreign dignitaries at the current time. They do lend some of the firearms for public display, and they have about one percent of their collection loaned to the Buffalo Bill Center.

Guns are a part of the American story, and museums and collections offer an opportunity for everyone to explore and learn from the past. Not only will you get a great education, but it is a great way to spend quality time with your family. If you are a gun enthusiast, you are going to want to check out these famous armories around the country.

The Most Prolific Gunslingers of the Wild West