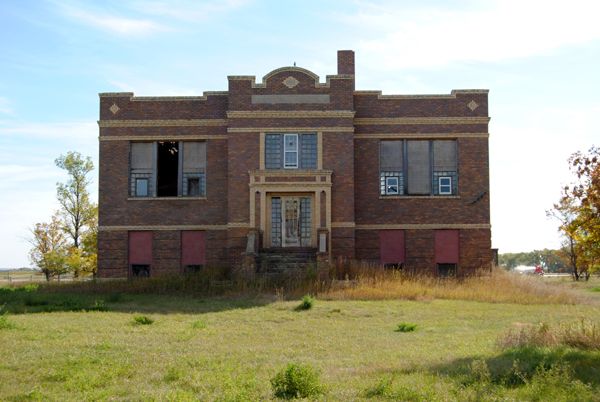 Located along I-94 about 7.5 miles east of Tappen, North Dakota, is the once-thriving town of Crystal Springs, which is now a ghost town.

The village got its start in 1873 when the Northern Pacific Railroad built a station at the site. It took its name from nearby Crystal Springs Lakes, but it would be years before a town was situated on the site. Meanwhile, about 100 Polish families made Crystal Springs their home. A post office was finally established in 1884.

The school district was organized in 1894, and by 1896 there was a one-room school building with ten children enrolled.

At various times throughout its early years, Crystal Springs sported a bank, two grain elevators, a depot, a grocery store, other mercantile stores, a hatchery, a couple of churches, a pool hall, and a barbershop. 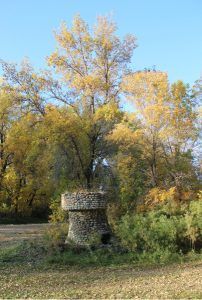 Early on, people traveled through the area to visit the Crystal Springs Fountain along old U.S. Highway 10, about one mile northeast from Crystal Springs. Here, motorists could not only find a place to take a break but also get a taste of the good spring water and cool their radiators. In its earliest days, the spring was fed from an old iron pipe. However, a fountain made of local fieldstone was constructed in 1935 by stonemason Art Geisler as a replacement. Its construction was sponsored by the state highway department under the Works Progress Administration. Placed on the National Register of Historic Places in 2010, the fountain continues to stand. It is located in a clearing adjacent to Crystal Springs Lake along old Highway 10 on the right side of the road.

During its early years, Crystal Springs suffered two devastating fires, and after the second one, the town was never rebuilt. There was some talk of investors who wanted to market the town for the benefits of its spring waters, but that idea never came to fruition.

The town was already suffering when I-94 barreled through the middle of town in the late 1950s. Even though the superhighway provided an exit, people didn’t stop.

Today, the Crystal Springs school is perched atop a hill that can be seen from the Interstate. Across from the school and down the hill is the old church. An old house and a gas station can also be seen here. Only a handful of residents still live in the area, which still supports an active church. 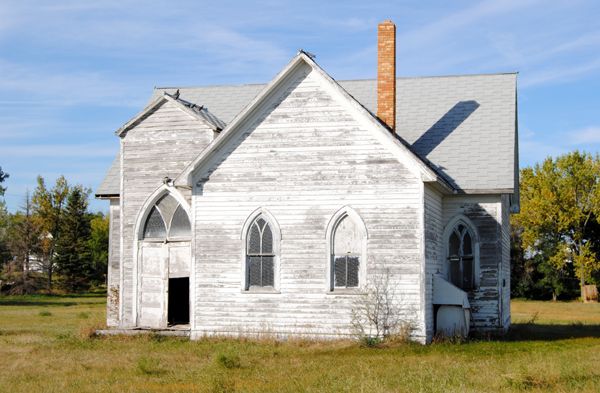 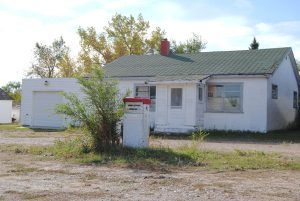