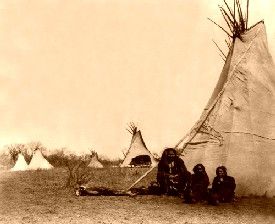 The Comanche War Campaign from 1868 to 1875 was instituted by Major General Philip Sheridan, commander of the Department of the Missouri, in the winter of 1868 as a means of locating the elusive Indian bands of the region.

Notable incidents in the campaigns from then until 1875 against the Indians in the border regions of Kansas, Colorado, New Mexico, and Texas were the nine-day defense of Beecher’s Island against Roman Nose’s band in September 1868 by Major George A. Forsyth’s detachment; the defeat of Black Kettle on the Washita in Oklahoma on November 27, 1868, by Lieutenant Colonel Custer and the 7th Cavalry; the crushing of the Cheyenne under Tall Bull at Summit Spring, Colorado on May 13, 1869; the assault on the Kiowa–Comanche camp in Palo Duro Canyon on September 27, 1875, by Colonel Ranald S. Mackenzie; and the attack and rout of Greybeard’s big Cheyenne encampment in the Texas Panhandle on November 8, 1875, by 1st Lieutenant Frank Baldwin’s detachment.

Following the Red River War, a campaign that lasted from August–November in 1874, the Comanche surrendered and moved to their new lands on the reservation. However, even after that loss, it was not until June 1875 that the last of the Comanche, those under the command of Quanah Parker, finally surrendered at Fort Sill, Oklahoma Though the U.S. troops themselves were directly responsible for just a few hundred deaths, their tactics in the Comanche campaign were the most devastating to the tribe. The tactics they used eventually led to the economic, rather than military, downfall of the tribe. The Comanche tribe, starting with nearly 5,000 people in 1870, finally surrendered and moved onto the reservation with barely 1,500 remaining in 1875.