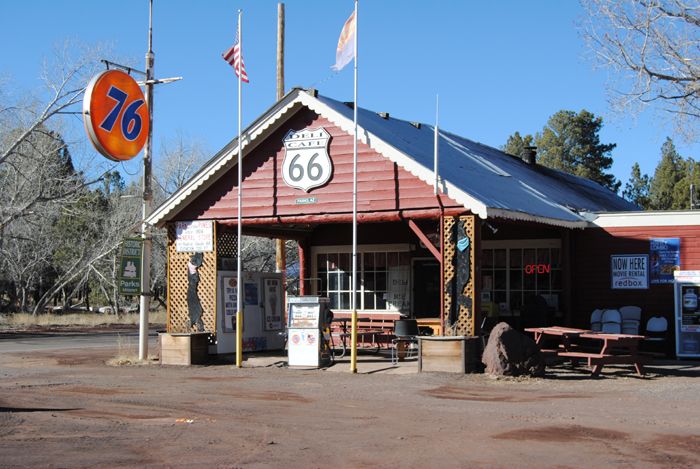 The Pines General Store on Route 66 in Parks, Arizona, predates the establishment of the Mother Road. Photo by Kathy Weiser-Alexander.

Route 66 continues westward from Bellemont for 8.5 miles to a tiny spot on the old highway called Parks, Arizona.

Originally the town began as nothing more than a depot in an old boxcar in 1898. The depot also served as the post office, which first went by the name of Rhodes. However, this was short-lived when the word “Rhodes” was crossed out and replaced with the word “Maine.” Primarily catering to the area’s lumber industry, the town soon sported a sawmill. When the first highway came through the area, the town relocated two miles to the east.

In 1907 a new store opened in the town, which also served as the post office. The mercantile was owned by a man named Parks, so the town’s name changed again in honor of the storekeeper. 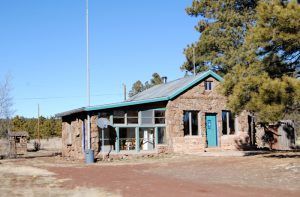 A building in Parks, Arizona by Kathy Weiser-Alexander.

When a new highway was built from Parks to the Grand Canyon in 1921, another store opened with a gas station at the intersection of what would later become Route 66 and Spring Valley Road. This old store, which predates the Mother Road, is called the Pines General Store and continues to serve travelers today.

Just east of Parks is a walking trail that was once the 1931 alignment. Along this trail can be seen an old springhouse that provided water to a tourist camp located here several decades ago.

Old Route 66 continues westward for about 15.5 miles before reaching the Grand Canyon Deer Farm that has been in operation since 1969. Here, visitors can do more than look at a fleeting deer running past the road, but can also walk among them, touch them and feed them. More than just deer, the site also features peacocks, llamas, wallabies, and a buffalo, 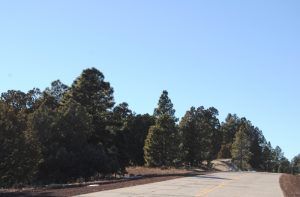