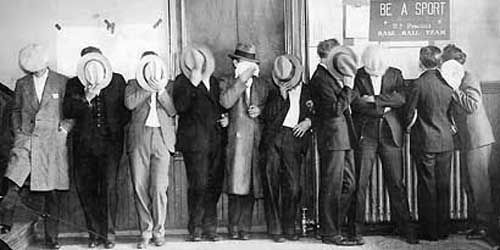 Led by Abe Bernstein, the Purple Gang was a mob of bootleggers and hijackers who operated out of Detroit, Michigan, in the 1920s. This group of mostly young Jewish immigrants started in the Hasting Street neighborhood called Paradise Valley in Detroit’s Lower East Side. Many of the core members went to school together and, as boys, became thieves and pickpockets in an area called the Eastern Market close to their school.  As they got older, their crimes got bigger and they soon began to commit armed robbery, loan sharking, and extortion under the mentorship of older neighborhood gangsters.

By 1920, Detroit had become a major port for running and distributing alcohol products from Canada during Prohibition.

They operated between Detroit and Chicago and would meet behind the Bohm Theatre or in secret places in the houses of Albion, a small town halfway between the two points. The gang supposedly received its name during a conversation between two Detroit market owners, each of them gang victims. One owner commented: “They’re rotten, purple like the color of bad meat.”

Perhaps the most ruthless bootleggers of their time, they may have killed over 500 members of rival bootlegging gangs during Detroit’s bootleg wars.

Bootlegging netted the Purple Gang millions of dollars, but the mob was also involved in extortion, hijacking, and jewelry thefts. After the repeal of Prohibition in the 1930s, the Purple Gang members joined the growing national crime syndicate that was replacing the old-school mafia leadership, fondly known as the Mustache Petes.

The Purple Gang also attempted to run gambling rings in Detroit, especially among the African American population. Run by Julius Horowitz, the son of the sugar supplier to the breweries and a one-legged black gangster wanted in the South for murder, the operation was successful until the gamblers learned that the Purple Gang had been using loaded dice and other tricks to keep it profitable. A small riot followed, from which Horowitz escaped, but the black gangster was believed to have been killed.

The Purple Gang was exceptionally violent, constantly at war with other gangs and with each other. Newspapers would often carry stories of gang murders on both sides of their conflicts, which were constant during the gang’s existence. Too many openly violent crimes caused a string of convictions of Purple Gang members, while the intra-gang violence between different gang members damaged the gang’s organization and its ability to control its turf.

The Purples ruled the Detroit underworld for approximately five years, from 1927 to 1932. They had almost complete immunity from police interference as witnesses to crimes were terrified of testifying against any criminal identified as a Purple Gangster.

However, jealousies, egos, and intra-gang quarrels would eventually cause the Purple Gang to self-destruct. In 1931 an intra-gang dispute ended in the murder of three Purples by members of their own gang. The three men had violated the underworld code by operating outside the territory allotted to them by the Purple Gang leadership. Three members of the “Little Jewish Navy,” a group of Purples who owned several boats and participated in rum-running and hijacking, decided they would break away from the gang and become an underworld power themselves. This was the beginning of the end for the Purple Gang.

The three men, Hymie Paul, Isadore Sutker, aka Joe Sutker, and Joe Lebowitz, were invited to a peace conference with Purple Gang leaders on September 16, 1931. However, after a brief discussion, the three unarmed men were shot to death. 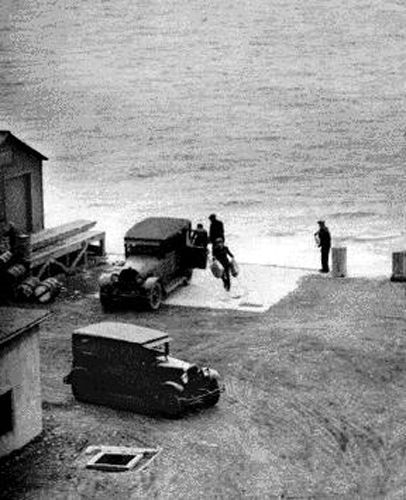 The Purple Gang smuggling in liquor from Canada.

A bookie named Sol Levine, who had transported the three men to the fatal meeting, was arrested soon afterward and was quickly frightened into becoming a State’s witness.

Levine’s testimony was devastating, and three of the four Purples involved in the incident were quickly arrested. Irving Milberg, Harry Keywell, and Raymond Bernstein, three high-ranking Purple Gang members, were convicted of first-degree murder and imprisoned for life. Although the Purple Gang remained a power in the Detroit underworld until 1935, long prison sentences and intra-gang quarrels eventually destroyed the gang’s manpower.

The Purple Gang was considered suspect in the case of the Lindbergh baby. The Purple Gang also used big grass lots all over Michigan to plant drugs, which they planned to sell in Detroit.

The predecessors of Detroit’s modern-day Mafia family stepped in and filled the void once the Purple Gang self-destructed.