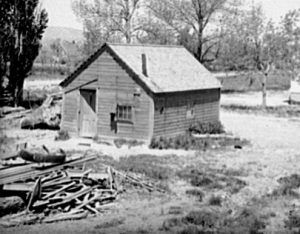 Oh yes, the idea of searching for and finding a buried treasure has been thought about and dreamed by both young and old. Some have followed their hearts and have gone on treasure hunts that have resulted in locating buried treasures both beneath the ground and under the water. Others have located caches of all sizes inside homes and barns. Treasures are out there, just waiting to be found, and some of them may be closer to you than you think. Older homes that date back one hundred years or more have a very good chance of holding a treasure; and these old homes are in cities and towns across America.

Many people did not trust banks. Also, many of our first settlers were very independent individuals, they wanted total control of their lives, and their possessions, including their money and valuables. It was common for those individuals to bury their valuables for safekeeping.

This practice of hiding their possessions was a constant as this country moved into the nineteenth and twentieth century. The stock market crash of the 1920’s only bolstered the lack of confidence people had with financial institutions, and to this day, people are still hiding their money. And the safest place to hide their money and possessions was in and around their home.

However, oftentimes the person doing the hiding would not tell the family. Husbands and wives many times never told their spouse that they buried a cache beneath the old oak tree. Therefore, when the spouse who did the burying dies, the other has no idea of the stash. And when both spouses are gone, or the family, not knowing of a hidden cache on the property moves away, the house with the treasure becomes the property of a new owner. There is buried treasure in old homes across the U.S.

Whether you live in an older home that you purchased from someone else, or if you want to search for a treasure on the property of an old home, here are three places that have proved to be popular hiding places around old home sites.

Beneath The Old Oak Tree

The old oak tree, or any large tree for that matter, has been a popular hiding place for buried treasure. Perhaps the reasons why are shade and a marking.

Burying a treasure large or small requires work. It’s easier to dig a hole while doing so beneath the shade of a large tree. Also, many people used trees as a marker for their cache. You may not think a marker would be needed. After all, what person would forget where they buried their valuables. However, markers for treasures were also used at times to lead a family member to a buried treasure upon a death. So if you live in an old home, and there is an old tree on the property, especially behind the home, it’s a good place to begin your search.

Another popular area where treasures have been located is near the well. The well was used often and it was a perfect place to bury a treasure. Most wells were also located behind the homes, so it would be secretive and easy to hide valuables time and time again. 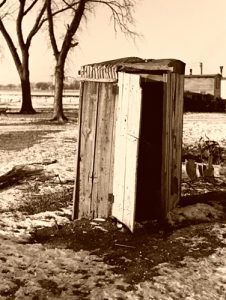 I love digging in old outhouses. Yes, I’ve been called crazy for climbing into these old cesspools. However, they hold a wealth of valuables from old pottery, bottles, buttons, coins, and yes even treasures.

There have been treasures found inside the outhouse, and beneath the wooden thrones. One individual located an old metal container fastened beneath the throne, held there by a few nails and a metal strip. Inside the container was hundreds of silver dollars dating from the mid-1800s.

Think about all of the old abandoned homes you drive by on a weekly basis. Then think about how many of those old homes have a treasure lurking on its property. All you need to do is ask for permission from the owner to search the property. Of course, you will tell them that any buried treasure you may find, will be shared with them.

A metal detector is a useful tool for locating buried treasure. You don’t have to spend a lot of money for one. A good detector costs between three hundred and four hundred dollars. It could end up paying for itself.

Frank W. Pandozzi is an author, TV Producer and well-known treasure hunter. He began his “treasure hunting” days twenty-five years ago metal detecting parks and schoolyards. Today Frank Pandozzi is the Producer and the host of Exploring History’s Treasures TV series. He is married and has one son. For more information please visit http://www.metal-detecting-ghost-towns-of-the-east.com

Pleasures and Dangers of Rockhounding