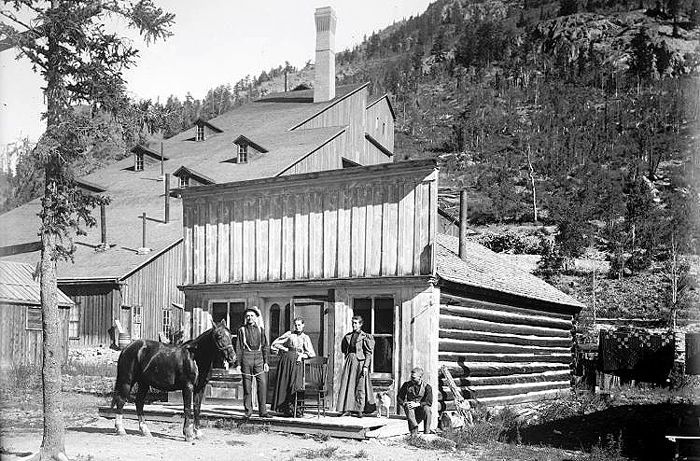 Situated along the Alpine Loop Back Country Byway in Hinsdale County, Colorado, the mining camp of Sherman sat at an elevation of 9,560  feet. It was named for Sherman Williams who first came to the area in 1875. The town was platted with wide streets and alleyways in 1877.

A number of rich ore strikes were made in the 1870s and early 1880s, bringing a number of people to the community. Area mines included the New Hope, Smile of Fortune, and Minnie Lee, which yielded large quantities of gold and silver. But, the largest mine was the Black Wonder located on a hillside just north of town. Within just a few years the Black Wonder Mine and Mill became the mainstay of the community.

In 1881, the Sherman House Hotel was established which provided accommodations and a well-stocked saloon. The same year, a general store opened. The town also had a post office that operated intermittently during the years that Sherman was active. Much of the community’s activity centered around one large building which housed a dormitory, a butcher shop and slaughterhouse, and a bakery. 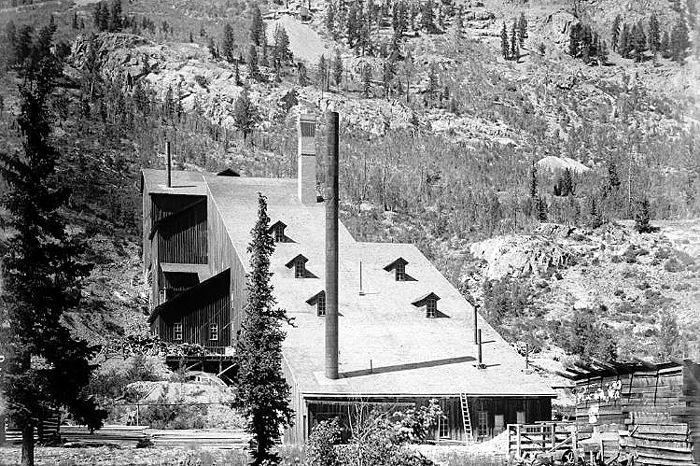 When the Denver and Rio Grande Railroad was building through the area in 1895, railroad ties were cut from the forested hillsides and floated down the Lake Fork of the Gunnison River from Sherman to Lake City.

Sherman was never very big, having a maximum population of about 100 people. Winters were tough here with heavy snows which made accessing the remote town impossible and supplies often ran low. In the spring, the community was plagued with regular flooding. But, in the summer, when living was easy, the town could boom with as many as 300 people.

Mining began to decline after silver prices dropped in 1893, but continued well into the 20th century. But both the town and the area mining came to an end in 1921 when a dam on the Lake Fork of the Gunnison River burst and flooded the valley. Instead of rebuilding, the vast majority of the people simply left. However, a few die-hard miners remained in the area until around 1930.

There is very little left of the old camp today, but foundations, ruins of collapsed log cabins, and some old equipment remain. The townsite is located on private property.

Sherman was located about 16 miles southwest of Lake City. To get there from Lake City, head south on CO-149 S/Gunnison Ave for 2.5 miles, turn right onto Co Rd 30 for 12.1 miles and take a slight left onto Co Rd 35 for 1.4 miles to the townsite. Just beyond the old townsite, there are trailheads for several scenic hikes. 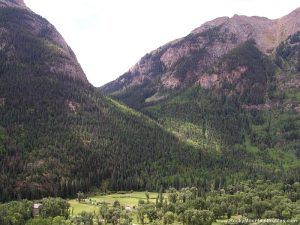 The old townsite of Sherman Colorado, from the overlook on the Alpine Loop Byway, by Mike Sinnwell, Rocky Mountain Profiles

Alternatively, continue past Co Rd 35 to an overlook on Co Rd 30 that gives a birds-eye view of the town.