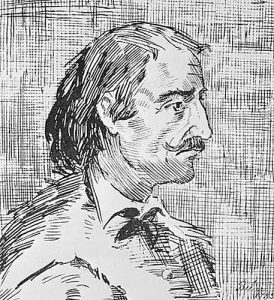 Pierre-Esprit Radisson was a French-born explorer, fur trader, and co-founder of the Hudson’s Bay Company.

Born in about 1640, he emigrated from France to Canada in May 1651. The next year, he was captured in an Iroquois raid and was eventually adopted by the tribe. After two years, he escaped.

In 1654 he sailed to Amsterdam but returned the same year. With his brother-in-law, Médard Chouart des Groseilliers, he spent the next few years on trading expeditions to the West. In 1663 they journeyed to the fur-trading regions of Lake Michigan and Lake Superior. However, their furs were confiscated when it was found they didn’t have a license.

They were later employed by New Englanders of Boston, for whom they sailed to Hudson Strait and discovered copper deposits near Lake Superior. Their reports on the wealth and the many furs in the area led to the formation of the Hudson’s Bay Company in 1670. Financed by Prince Rupert, cousin to King Charles II, Radisson undertook another trading expedition in 1668, searching for a Northwest Passage. In 1671 he founded Moose Factory, a company trading post a few miles south of James Bay.

In 1675 the two adventurers left the company and resumed their French allegiance. By 1681, he was back at Hudson Bay and was rejoined there by Des Groseilliers. The company sent him back to the bay, where he successfully persuaded the French at Fort Nelson to abandon their allegiance and all their furs. Radisson made his last trip to Hudson Bay in late 1685 and remained there for two years.

Radisson became a resident of Quebec in 1681, and the next year he led an expedition against the English on Hudson Bay. In 1687, Radisson became an English citizen and wrote the accounts of his voyages.

He retired on a small pension and dividends from the Hudson’s Bay Company and died in poverty in 1710. During his lifetime, he married three times and had several children. His career was notable for its repeated transitions between serving Britain and France.