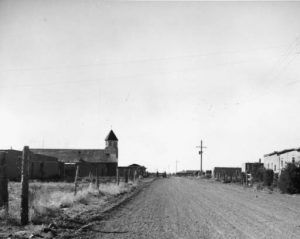 In the spring of 1863, residents and travelers through Colorado Territory feared for their lives as account after account of vicious murders were reported and lone riders disappeared, only for their bodies to be later found in a remote a gulley or hidden in the brush of the mountainsides. The murders were a mystery. No one knew who was responsible as the perpetrators left no clues. Numerous look-outs were posted throughout the regions of the killings, but they had no idea who to look for — Indians, a gang, or a lone vagabond desperado.

The first victim was found in May 1863, his corpse mutilated and the heart hacked out of his chest. During that summer, 25 more people were attacked and killed in a similar fashion. Only when a wagon was attacked along a road to Fairplay, Colorado and the driver was lucky enough to get away, were the murderers finally recognized.

They were Felipe and Jose Espinosa, who led a gang made up of their cousins, who soon took on the nickname of the “Bloody Espinosas.” The Espinosas who came from Vera Cruz, Mexico, had witnessed the killing of six family members when their town was shelled by the U.S. Navy during the Mexican-American War.

They were Felipe and Jose Espinosa, who led a gang made up of their cousins, who soon took on the nickname of the “Bloody Espinosas.” The Espinosas who came from Vera Cruz, Mexico, had witnessed the killing of six family members when their town was shelled by the U.S. Navy during the Mexican-American War.

Living near the village of San Rafael, Colorado the Espinosas were not only embittered by the earlier killing of their family members but also because they claimed their land grant in Conejos County wasn’t being honored and numerous white settlers were squatting upon their property. The Espinosa brothers had earlier been suspected of horse stealing, but now they were wanted for murder. 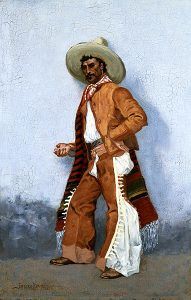 According to local legend, Felipe Espinosa claimed to have had a vision from the Virgin Mary telling him to kill 100 Anglos for every member of his family lost during the Mexican-American War. However, there are several differing accounts of why they killed. Martin Edward Martinez, a direct descendant of the Espinosa’s, who researched the history extensively, says it came down to the atrocities committed by American soldiers against his family, coupled with the nations “Manifest Destiny”, which he says was used to justify continental expansion, with American’s believing it was their “God-given right to expand and conquer a people who were not capable of self-government.” Martinez says that the Espinozas were on a mission of revenge after American soldier’s raped Felipe’s wife and daughters, with his wife dying four days later, in the fall of 1861. Things got worse after a similar incident at his brother’s home, in which Jose Espinosa wound up killing a soldier who had raped his sister. According to Martinez, more soldiers came to the ranch and killed everyone there as revenge for the soldiers’ death, then took possession of the land and everything on it.

It was after this, according to Martinez, that past year’s turmoils with pioneers laying claims to their land, along with mistreatment by American soldiers, pushed several family members to avenge the deaths and rapes. As they searched for the soldiers guilty of the atrocities, they ran into more Mexican families who had endured the same and had been pushed from their homes. Martinez says the Espinosas would then kill those who had taken over the ranches and give the land back to the Mexican families they had been taken from.

Hotly pursued by lawmen, Espinosa sent a letter to Governor John Evans, threatening to kill 600 “Gringos,” including the governor, if he and the other members of the gang were not granted amnesty and some 5,000 acres in Conejos County, Colorado. The Governor soon called upon the U.S. Cavalry to help track down the murderers.

Somewhere along the line, Felipe’s brother, Jose was killed, but his place was taken by a cousin named Julian Espinosa and their deadly vendetta continued as more and more men were killed. By their own admission, the Espinosas killed some 32 people.

Following the ambush and murder of a man and his wife on La Veta Pass, Colonel Sam Tappen, commanding officer at Fort Garland, called upon well-known frontiersman and scout, Tom Tobin, to use his tracking skills to find the murderers and bring them in dead or alive. Accompanied by a detachment of 15 soldiers, Tobin, who also just happened to be a cousin of the Espinosa’s, set out to find the outlaws. A few days later, Tobin left the camp alone, accompanied only by a Mexican boy. According to Tobin, within just a few days, he had tracked the outlaws and when a gunfight erupted he shot both Felipe and his cousin, Julian. However, through his research, Martin Edward Martinez says that Tobin was a trusted family member and that he tricked the Espinosa’s by coming to their camp alone pretending he was friendly.  Martinez says that Tobin drank with them until they passed out and then cut their throats. History agrees though that he then returned to Fort Garland, with their heads in a sack. Although he anticipated receiving the $2,500 reward on their heads, he only received $1,500.

In an interview with Denver Westword in July 2013, Charles F. Price, author of the book “Season of Terror: The Espinosas in Central Colorado, March-October 1863“, contends that the Espinosas rage against Anglos and the U.S. began after the Mexican War and during a time when the Hispanic population of Colorado and New Mexico were facing concerns over new laws and possible taxes they would have to deal with under the U.S. Government.  Price says the Espinosas were part of a tax revolt, which led to them killing an American soldier, and it was that incident that started the bloody rampage.  Price also indicates that the soldier was part of a detachment sent to arrest them, and that, under orders, their house was burned.

But Martinez and his families account put most of the blame on American greed, corruption and the atrocities of the time. In his thesis, Edward Martinez says;

“The story of the Espinosas unveils the hardship and the terror that they faced when the soldiers, frontiersmen, pioneers, and settlers came, after the Mexican and American war. This is the case not only for the Espinosas but also for the Mexican families that lived in a conquered land. Mexicans had to adjust their life, culture, and ways in order to fit into the “new” world. It was a new way of life for the Mexican families. If the Espinosas were bandits, guerilla fighters and killers, let the truth be known. If the Espinosas were fighting for justice, let it be known. The Espinosas could even have been heroes. But, for myself, I am the proof, for it was my great-great-grandmother that was raped; I would have not been here to write this Senior Thesis if it was not for the men who raped her.”

Some of this article is based on a thesis written by Martin Edward Martinez entitled “Through The Eyes of a Mexican” provided to Legends of America in October 2014.

“The Terrible Espinosas; A Memory of Early Days in Colorado“, written for the New York Times, February 17, 1884

Other suggested reading/book: Season of Terror: The Espinosas in Central Colorado, March-October 1863 by Charles F. Price – University Press of Colorado.