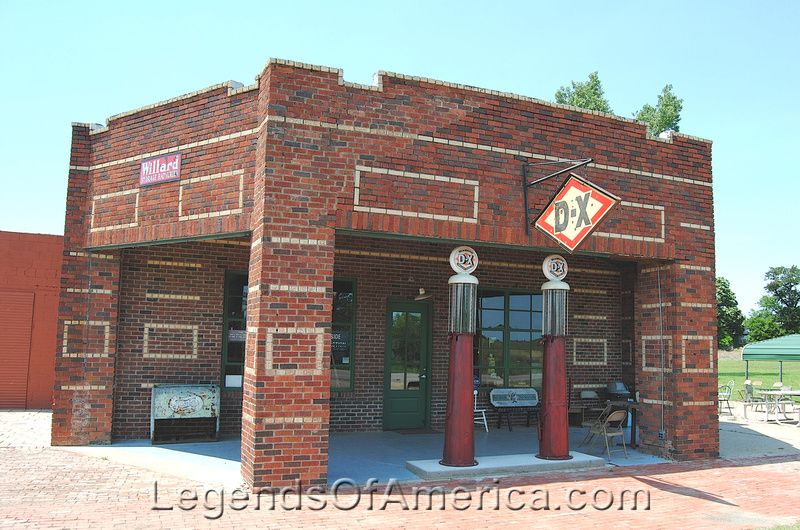 The Seaba Station is a Route 66 icon in Oklahoma.

Eight miles west of Chandler, Oklahoma, Route 66 winds through the ghost town of Warwick. Once a thriving town with several grocery stores, filling stations, two hotels, a cotton gin, a bank, and a newspaper, Warwick died a slow death from the abandonment of its railroad depot, annexing by nearby Wellston, and superhighway I-44.

The first settlers of the area were David and Norah High who homesteaded the land in 1891 that would soon become Warwick. A post office was established in October 1892 with J.A. Ramsey as its first postmaster. Mail was received by stagecoach from Guthrie at a time that traveling those 50 miles took an entire day.

In September 1896, the St. Louis & San Francisco Railway purchased a right-of-way from David Hugh for the building of the railroad. In 1903, another right-of-way was deeded to the Fort Smith & Western Railway Company and by 1903, lots were platted for the town.

Primarily an agricultural community, businesses began to be built and the first school was held in a log building that also combined as a church. By 1909 a solid block building was constructed for the children’s education. In addition, the town also boasted a saloon, a blacksmith shop, a drug store, a sawmill, and a veterinarian. 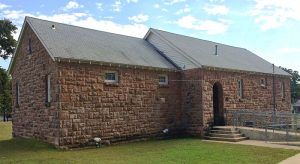 In 1940, a brand new stone school was built by the Works Progress Administration. However, it was also during this decade that the Frisco Railway Company and the Fort Smith & Western Railway were both abandoned due to financial problems. Soon taken over by the Burlington Northern Railroad, passenger service was discontinued, although freight service continued until 1986.

In 1963, when nearby Wellston wanted to annex Warwick, its citizens didn’t see the benefit. But, just five years later the Warwick School was consolidated with the Wellston School and the old one was closed. The building now serves as the area’s voting district. The building was added to the National Register of Historic Places in 1996.

In December 1972, Warwick’s post office was closed forever. Today, Warwick’s old business district is gone and all that remains of are scattered homes. 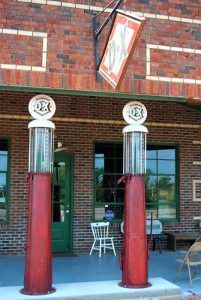 Gas pumps at Seaba Station on Route 66 in Warwick, Oklahoma by Kathy Weiser-Alexander.

However, that being said, travelers making their way west on Route 66 will very quickly come to the Seaba Station just one mile beyond the intersection of Route 66 and US-177.

This historic station has been in operation since 1924, two years before the Mother Road was built. The business was first built by John and Alice Seaba, who operated a NevrNox garage and service station. In the 1930s, Seaba installed the machinery needed to repair automobile connecting rods, a business that became so successful, he soon turned the station into the Seaba Manufacturing Company. In 1951, the Seaba’s sold the business.

In 1995, Sonny and Sue Preston restored the building and reopened it as Seaba Station Antiques, Gifts and Collectibles. After another change in ownership and more renovations, the building reopened as the Seaba Station Motorcycle Museum in 2010 and still welcomes travelers on the Mother Road. The Seaba Station was listed on the National Register of Historic Places in 1995. 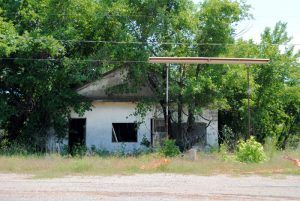 An old gas station in Warwick, Oklahoma by Kathy Weiser-Alexander.